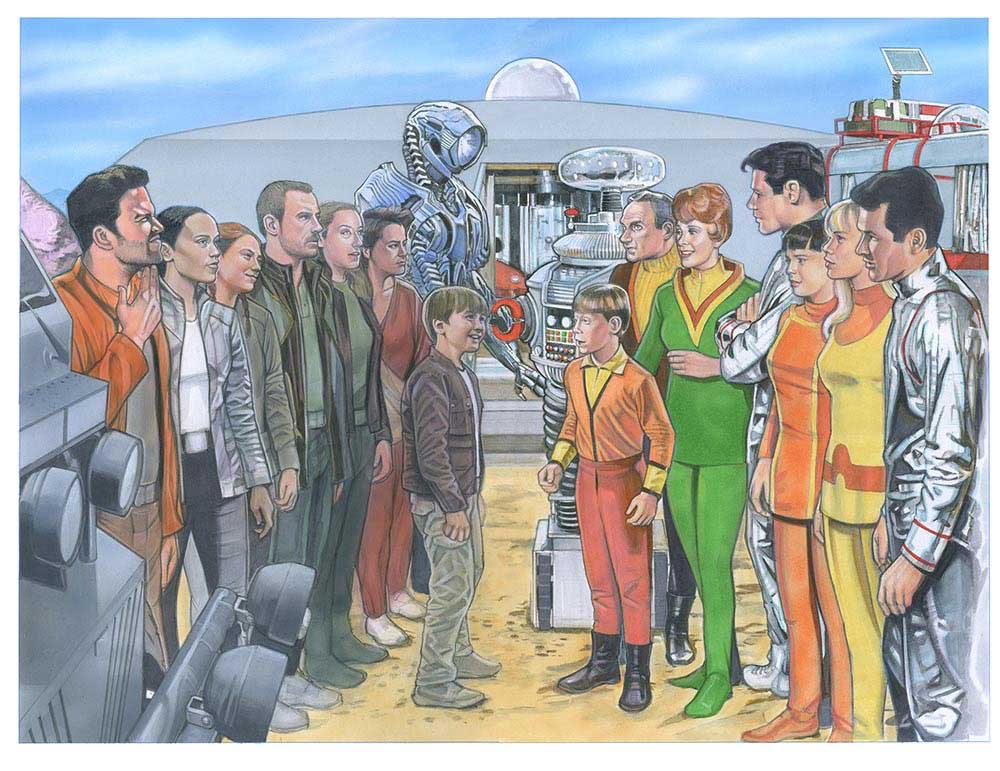 Legendary Comics to release Lost in Space: The Ultimate Collection

Legendary Comics has announced the December release of Lost in Space: The Ultimate Collection, that will not only collect previously published material, but will also include two new stories for fans of the series to explore. Lost in Space: The Ultimate Collection features two all-new stories that allow fans to dive deeper into the backstories of their favorite heroic characters. In “When Worlds Collide Part One,” written by Richard Dinnick with art by Steve Stanley, the Robot works to save the Robinsons from a reptilian creature that invades the camp as the family attempts to build a light tower to contact their colony ship, the Resolute.

In “When Worlds Collide Part Two,” written by Richard Dinnick with art by El Garing, the classic crew of the 1960s television series meet their modern counterparts in a story that celebrates all eras of Lost in Space. This new story features the crew of the Jupiter 2 from Earth in 1997, led by Professor John Robinson, as they encounter their counterparts from another reality who are also lost in space, having been cut off from the Resolute. Just as the two families and two Doctor Smiths are getting acquainted, they encounter a new danger.

“We are thrilled to do something in this volume that can only be done in comics, bring both casts of the Lost in Space television shows together for the first time in a new story that celebrates both eras of the series,” said Robert Napton, Senior Vice President of Legendary Comics in a press release. “Fans have been able to follow the Robinsons on even more adventures through the comics, and we can’t wait to share these new stories and possibly even introduce a new generation of readers to the original crew of the Jupiter 2.”