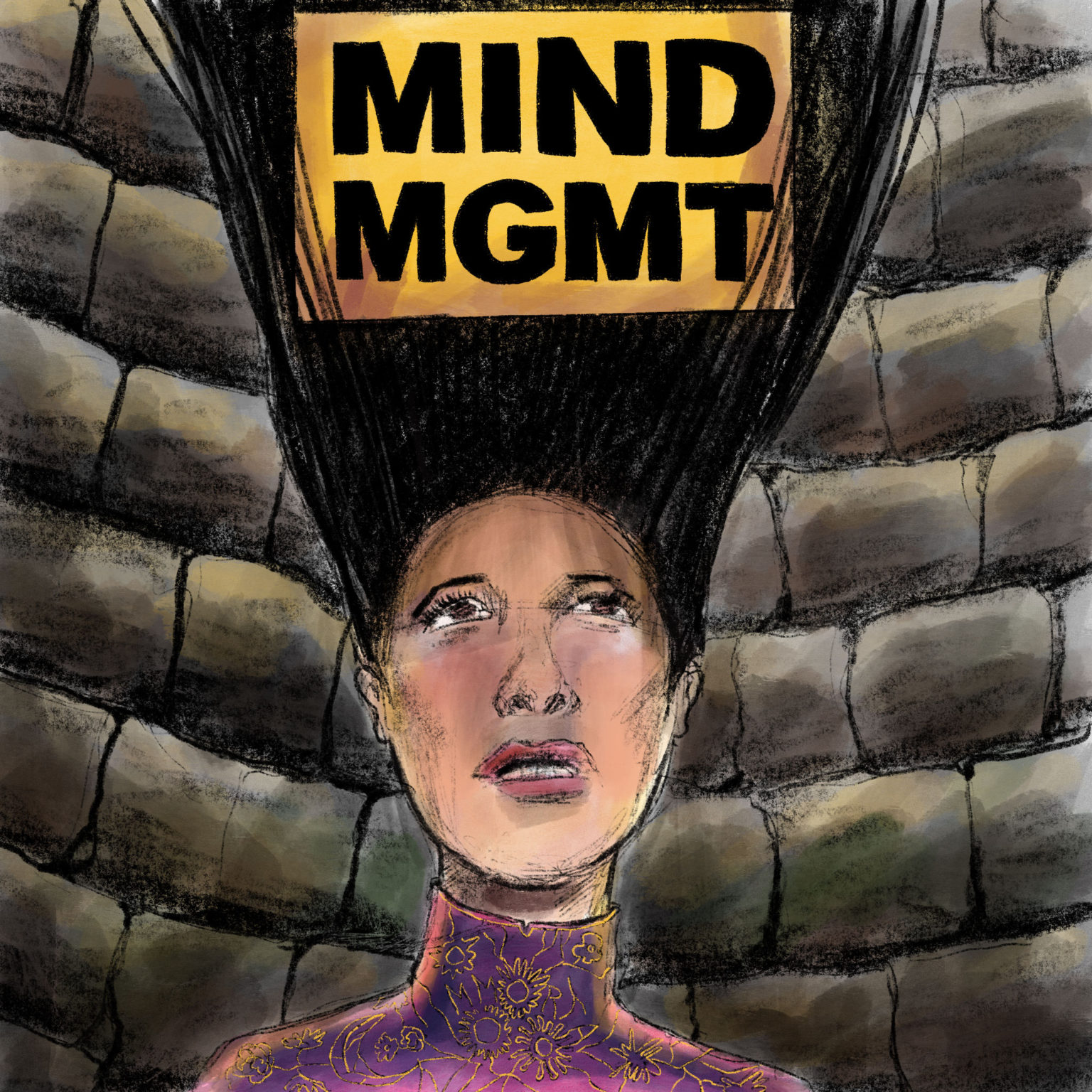 “I wanted to create an original MIND MGMT comic book narrative that would explore the nature of belief and the value of ideas and their intangible nature as a way of exploring the idea of NFTs,” said Kindt. “The best way to explore this idea was for the actual story – the MIND MGMT narrative – to become what it is about. This story is written as a MIND MGMT espionage narrative – an agent sent on a mission to retrieve a priceless artifact. There are secret codes, monk-ninjas. LOTS of monk-ninjas and a teenage immortal intent on stealing this priceless artifact. It is both a real apple…and a drawing of an apple.”

In MIND MGMT, a young journalist reporting on a commercial flight where everyone aboard lost their memories stumbles onto a much bigger story: the top secret Mind Management program. Her ensuing journey involves weaponized psychics, hypnotic advertising, talking dolphins, and seemingly immortal pursuers, as she attempts to find the flight’s missing passenger, the man who was MIND MGMT’s greatest success―and its most devastating failure. But in a world where people can rewrite reality itself, can she trust anything she sees?

“I have no intention of ever publishing MIND MGMT: The Artifact in a traditional way,” said Kindt. “The highest bidder for the auction will determine what happens next. Will they share it online? Will they read it with family and friends? Will it be erased? Does the value of an idea come from the owning of it? Or the sharing of it? That’s up to the one who possesses it. I don’t entirely know what happens next, except that a percentage of the proceeds is going directly to an environmental agency to offset the impact that generating an NFT has on the environment. We’re going to leave this place better than we found it.”