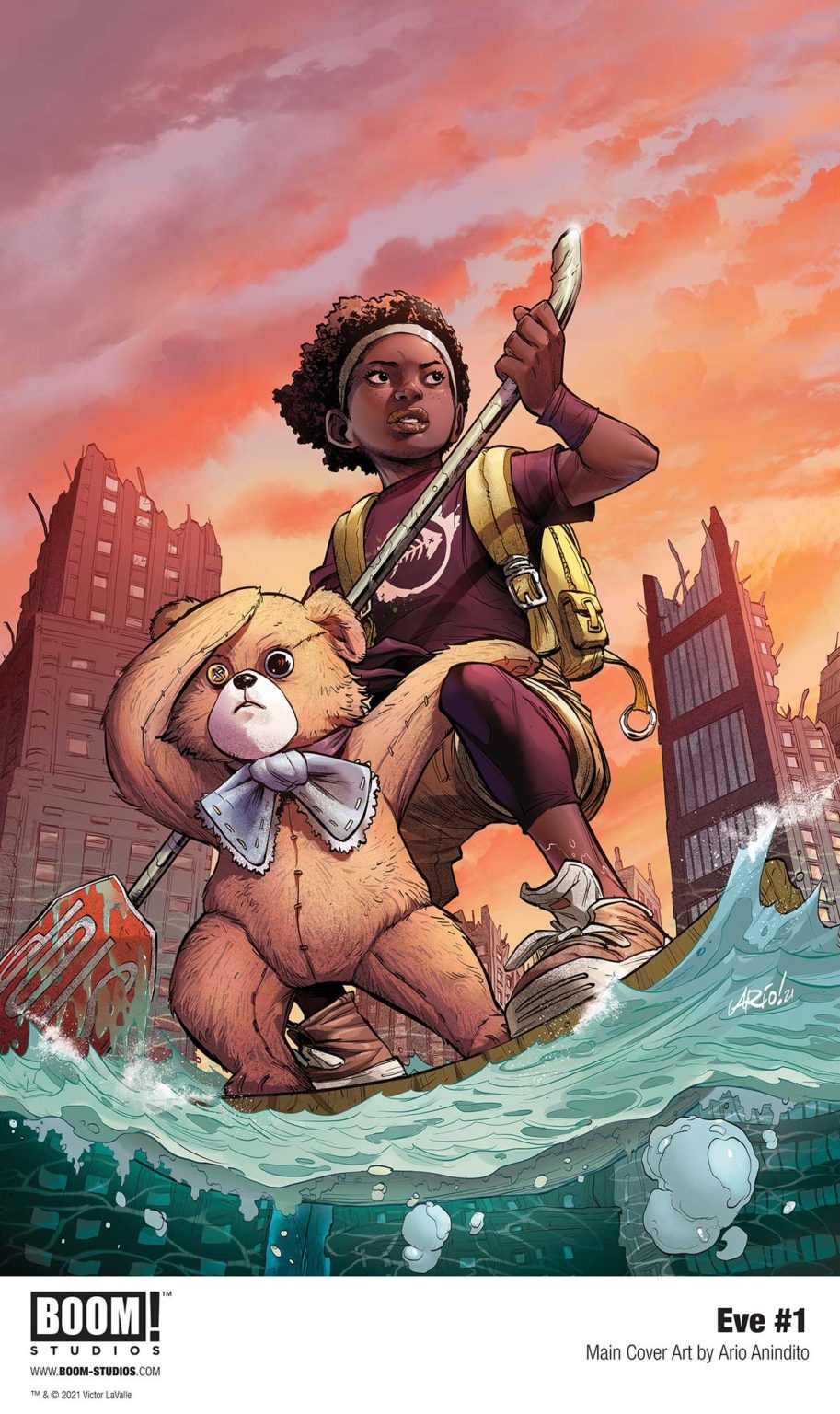 Award winning author Victor LaValle has a new original series coming to BOOM! Studios. Eve from LaValle and artist Jo Mi-Gyeong tells the tale of a dangerous journey across America to save the world.

When the ice caps melted, most of humanity was lost to the hidden disease that was released. Now, a mysterious girl named Eve has awoken in secret and must deal with a world that’s nothing like the virtual reality she was raised in. In order to save her father, Eve must embark on a deadly quest across the country, but she has no idea of the threats that await her – or the price she will pay to restore life to a dying planet…

“What kind of planet are we leaving to our kids? This is the question that spawned my comic book. It’s an old one, of course. Many generations have wrestled with it, but the question has never been as immediate,” said LaValle in a press release from BOOM! Studios. “But I didn’t want to write some grim story about how this joint went to hell. Instead, I wanted to write a story about how we let the planet fall apart and left it to the younger generations to fix it. So this is a story, inspired by young folks like Mari Copeny, Elsa Mengistu, Greta Thunberg and so many more, of how an eleven-year-old girl, EVE, and her android teddy bear try to do the seemingly impossible: save the planet, save us.”