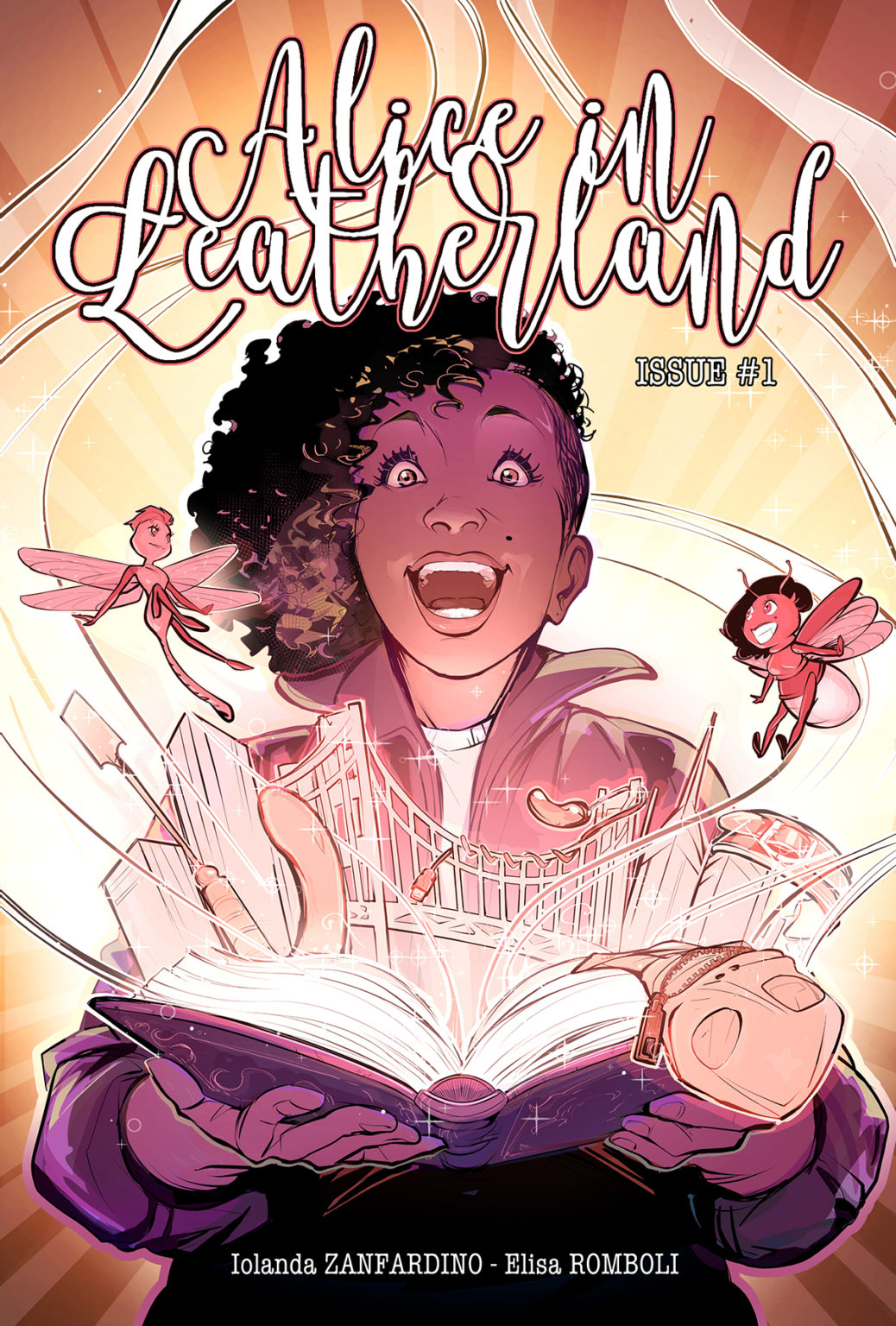 After her fairytale fantasy life is destroyed by her girlfriend’s infidelity, sheltered Alice heads to raucous San Francisco on a journey of sexual awakening, community building, and self-discovery. Created by real-life couple Iolanda Zanfardino (writer) and Elisa Romboli (artist) while they were in pandemic lockdown together, ALICE IN LEATHERLAND is a new comic book mini-series launching in April 2021 from Black Mask Studios, the Los Angeles based indie publisher of acclaimed titles including CALEXIT, BLACK, 4 KIDS WALK INTO A BANK, LOUD, and upcoming DESTINY, NY. Together, Iolanda and Elisa have created a diverse sex comedy and a very modern romantic comedy all in one, celebrating its diverse ensemble’s joys, kinks, and loves.

As Iolanda and Elisa describe the book: “Sex is recounted as a way to investigate our relationship with ourselves and others, with our bodies and our place in the world; sexual pleasure as self-affirmation and growth. There is room for Love, too, and bravery. And for many good laughs, that never hurts.”

In ALICE IN LEATHERLAND, Alice, a young writer of children’s story books, is hurtled out of her fairytale-like life when she discovers her girlfriend has been cheating on her! Charmingly defiant, she leaves her small forest town and leaps into a new adventure to seek love (and find herself) in the fast life of San Francisco. There, her concept of pure, magical love will be completely overturned–but her biggest challenge won’t be reckoning with other people’s sexual drive, it’ll be getting a grip on her own! From your new favorite writer and artist team of Iolanda Zanfardino and Elisa Romboli, Alice In Leatherland is a comedy about sex and so, inevitably, about every other aspect of life, too. “From the very first moment we found ourselves working at home side by side, we dreamed of being able to do a comic of our own together as a team. We chose a rom-com because it’s the kind of movie we most love to watch together after a hard day,” said Iolanda and Elisa. “When we submitted our project around the publishers we didn’t think it would get any interest because it was so different from the usual comic market themes, but we immediately got many replies! We chose Black Mask because we were sure they would believe in us and give us a lot of creative freedom, and we knew they would appreciate all the over-the-top parts of our story.

“Initially, ‘AiL’ was a short comedic story about the cliches of sapphic dates on dating apps, but then we got involved with our characters and the story evolved into something more complex (and romantic) than we planned.”

“Iolanda Zanfardino and Elisa Romboli’s Alice character and her exuberant ensemble really leap off the page with a fun and joy that’s a truly welcome change of pace these days,” said Matt Pizzolo, co-founder and publisher of Black Mask. “At Black Mask, we’ve always been inspired by stories that shine a light through the tough times and give us characters to believe in—whether it was a 15-year old girl superhero trying to help people and quell fear of empowered Blacks (BLACK [AF] AMERICA’S SWEETHEART) or a crew of faithful kids who stick with their best friend as she makes some pretty terrible choices trying to get through a bad situation (4 KIDS WALK INTO A BANK). With ALICE IN LEATHERLAND, Iolanda Zanfardino and Elisa Romboli have created a delightfully whimsical character who inspires by turning heartbreak into an opportunity for new adventures.”

ALICE IN LEATHERLAND #1 will launch in April 2021.