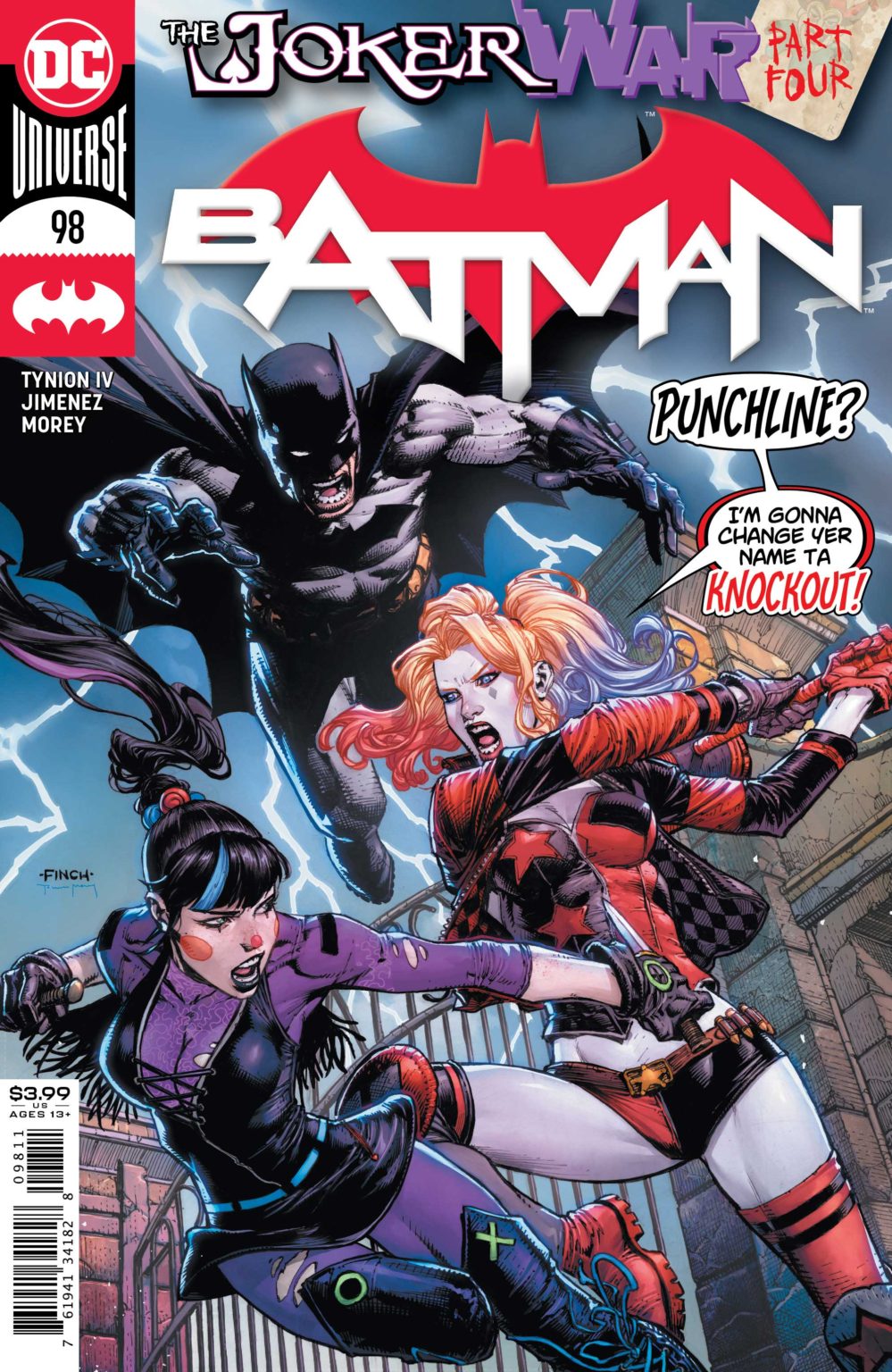 It’s round two of the Punchline vs Harley Quinn battle in Batman #98! DC Comics sent us a preview of the issue that doesn’t arrive until September.

BATMAN #98
Written by James Tynion IV
Art by Jorge Jimenez
Main Cover by David Finch
Card stock variant cover by Francesco Mattina
1:25 Catwoman variant cover by Jorge Jimenez
On Sale Tuesday, September 1, 2020
$3.99/32 Pages
$4.99 card stock variant covers
“The Joker War” part four of six! Batman is at his most vulnerable following a massive dose of an experimental new Joker toxin. With the Dark Knight haunted by demons and visions, it’s up to Harley Quinn to protect him while he recovers—because Punchline is on her way!