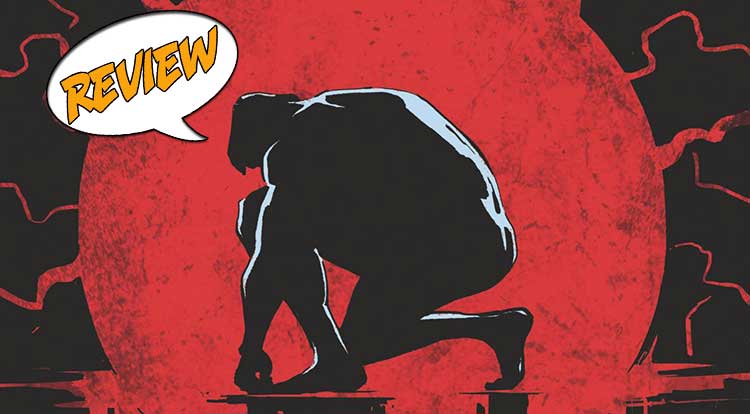 Transformers vs The Terminator #2 Review

The Decepticons have proven to be just about as much as the Autobots can handle, but they may not be the only threat out there.  Your Major Spoilers review of Transformers Vs. The Terminator #2, awaits.

TRANSFORMERS VS. THE TERMINATOR #2 (OF 4)

Previously in Transformers Vs. The Terminator: The T-800, last hope of his kind, has travelled back to 1984 to destroy the Cybertronians before they can awaken and subjugate his future.

The Enemy of My Enemy

Transformers Vs. The Terminator #2 kicks off with Megatron standing victorious over Optimus Prime.  Before being able to deliver the final blow, the T-800 jumps in and begins attacking the Decepticon leader. As that fight is going on, Ravage hunts down Sarah Connor.  During their chase, she accidentally kicks off a repair beam that brings Optimus back online and he joins into the fray. Having seen what the repair beam can do, Sarah then points it at Bumblebee.  The combined forces of the two Autobots and the T-800 send the Decepticons running.  The terminator then turns on Optimus but is able to be subdued, and gets a talking to from Sarah.  With everyone calmed down, the t-800 explains that he comes from a future where Cybertonians arrived on Earth and wiped out humanity, but not before they invented Skynet to figure out a way to win.  Skynet determined that sending a terminator back in time to stop them was the best option. Over in Oregon, the Decepticons begin to attack a power plant in search of energon.

One Out of Two

While on one hand, The Transformers in this issue feel right on.  Optimus is his typical heroic, albeit a bit cheesy, self and The Decepticons are appropriately sinister and cowardly.  We also see a lot of little pieces from The Transformers lore like The Ark and Energon.  On the other hand, The Terminator side of things doesn’t receive as much attention.  The emotionless, killing machine that we were introduced to in the first Terminator film is gone here.  Instead, we get a very emotional, revenge-filled, and conniving T-800.  Also, Sarah Connor is neither her confused survivor self nor her badass robot killing self here.  In Transformers vs. The Terminator #2, Sarah basically fills the role of the human sidekick in The Transformers cartoons.

Considering that this issue is mostly fighting, it’s a good thing that the art style used here conveys that action well.  Also, The Transformers look how you’d expect them to as does the Terminator, once the skin comes off.

If you’re a fan of The Transformers, there’s nothing in this issue that will feel out of place or offensive.  Seeing the Decepticons bicker with each other is enjoyable and all the well-known character traits are there.  If you’re a Terminator fan, this won’t be as enjoyable.  For some reason, the T-800 is written as being an angsty, gritty, 90’s action hero that doesn’t really jive with any other interpretation of The Terminator we’re familiar with.  3 out of 5 stars.

Transformers vs. The Terminator #2

60%
60%
Uneven
Transformers Vs. The Terminator #2 is a basic story of Autobots Vs. Decepticons. The inclusion of The Terminator feels more like just a little wrinkle in that fight as the Terminator here doesn’t feel like the T-800 at all.
alex milne David Garcia Cruz David Mariotte IDW Publishing Jake M. Wood john barber Review Terminator Tom Waltz Transformers Transformers vs. The Terminator
Share. Facebook Twitter Pinterest LinkedIn Tumblr Email
Previous ArticleMajor Spoilers Question of the Day: Gold Ranger Edition
Next Article Finally Friday: A Gun, A City, and A Camera