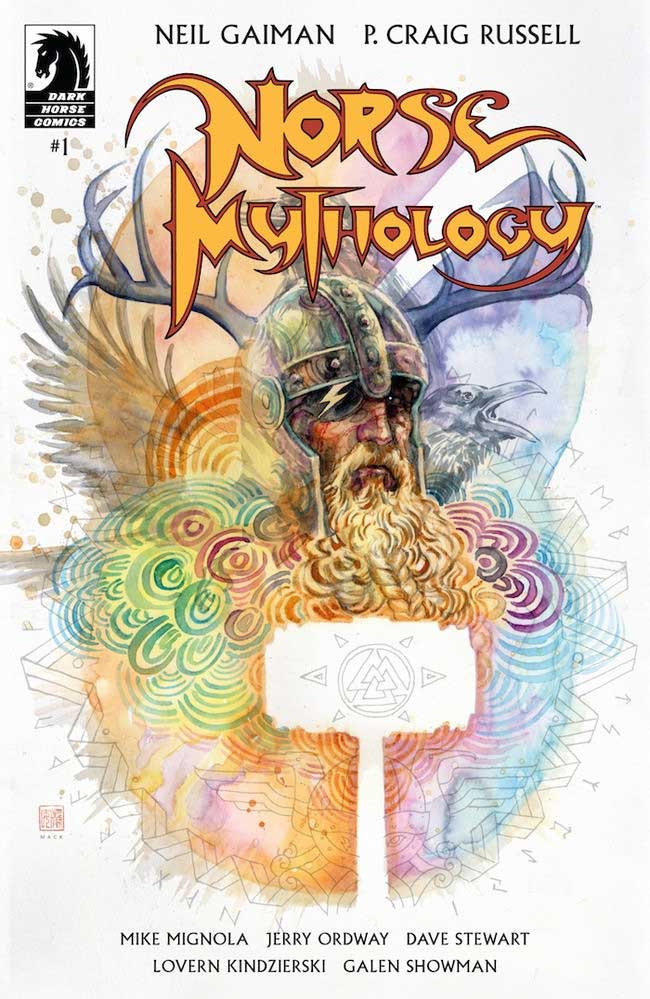 Norse Mythology to be adapted into comic series in 2020

Dark Horse Comics has announced it is adapting Neil Gaiman’s Norse Mythology book into a comic book series for release in 2020. Featuring a pantheon of award-winning artists, including Mike Mignola, P. Craig Russell, and Jerry Ordway, Norse Mythology is adapted into comics by Neil Gaiman and P. Craig Russell. Colorists Dave Stewart and Lovern Kindzierski and letterer Galen Showman round out the creative team in this amazing first issue. This new series will feature covers by P. Craig Russell with colors by Lovern Kindzierski and variant covers by David Mack. Subsequent issues of Norse Mythology (18 issues total) will feature a mix of major interior artists to be announced later.

“I fell in love with the Norse gods from reading about them in comics as a boy, so it’s only fitting that they return to the medium that started it,” said Norse Mythology creator Neil Gaiman in a press release from Dark Horse Comics. “I cannot wait to see P. Craig Russell and his collaborators tell the old stories for a new generation.”