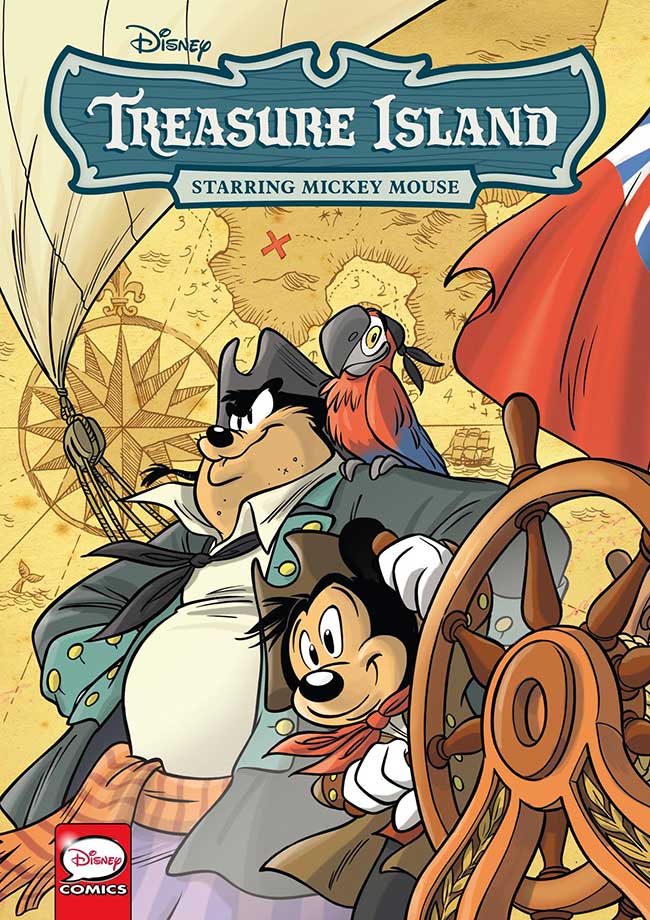 Dark Horse has announced it is releasing the Disney adaptation of the classic Robert Louis Stevenson tale. Disney Treasure Island, Starring Mickey Mouse is scheduled to arrive in October 2018. For as long as he can remember, Jim Mousekins has dreamed of a life of adventure. In Disney Treasure Island, starring Mickey Mouse, Jim’s dream is suddenly realized when a mysterious man known only as “The Captain” takes up residence at Jim’s family’s inn, has the boy on the lookout for “the cat with one hind paw,” and tells frightening stories of wild places, disappearances, and the wicked sea-faring pirate, Blot! After finding a treasure map in the captain’s wooden chest, Jim, friends, and a hired crew set out on an ocean voyage looking for the island that hides the fortune. But trouble strikes as they reach land: a gang of scheming pirates, hidden among the crew, forces Jim and his friends to flee for their lives! The race is on, as they rush to find the location of the treasure, make it back to the ship, and out to sea—before the pirates capture them and force them all to walk the plank!

Disney Treasure Island Starring Mickey Mouse is written by Teresa Radice with art from Stefano Turconi, and is scheduled to arrive on October 31, 2018, with an SRP of $10.99.