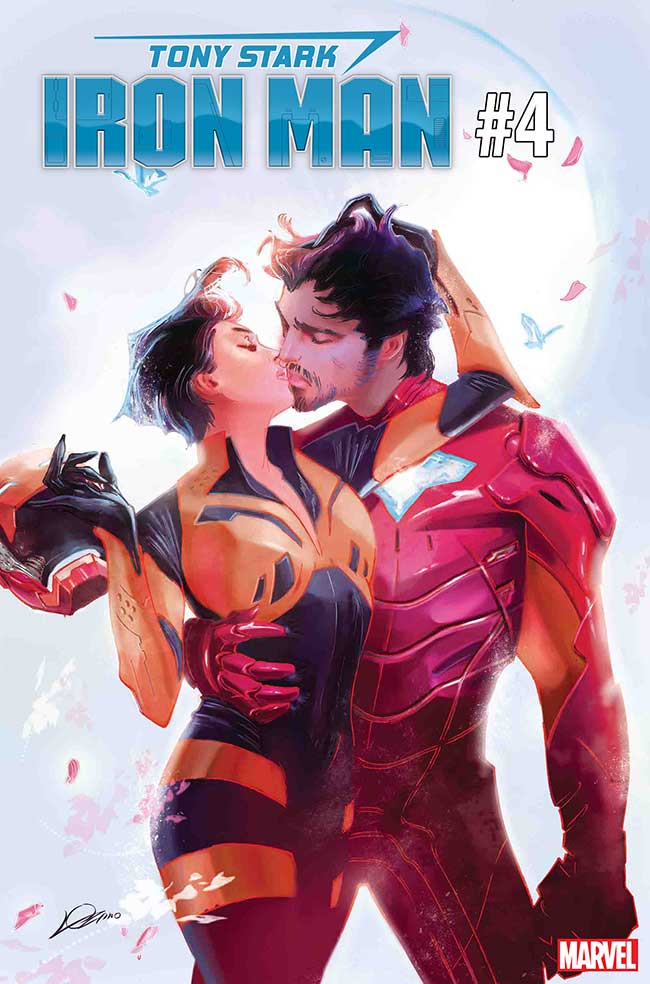 Well, this is awkward. Tony Stark and Janet Van Dyne are making out on the cover of Tony Stark Iron Man #4

With the new Ant-Man and The Wasp movie about to drop, movie fans are going to be really confused by the cover of Tony Stark Iron Man #4 which features the titular character making out with Janet Van Dyne, The Wasp. To be fair, this isn’t the first time the two have been involved, so it will be interesting to see how Tony and Janet rekindle an old romance… or not.

It all kicks off in Tony Stark Iron Man #4 written by Dan Slott with art by Valerio Schiti.  The issue arrives in stores on September 19, 2018.

What is your reaction to this cover? Is it the start of something awesome, or is this storyline going to cause confusion to moviegoers who are suddenly hungry for anything Ant-Man and The Wasp in comics? (Here’s a hint: If movies drove comic sales like they did in the late ’80s, this would be a cause for concern, but because this is no longer the case, it won’t. You’re welcome.)