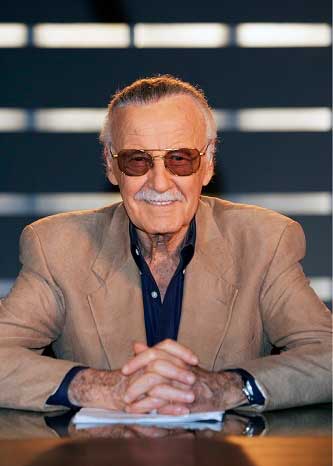 Known to millions as the man whose superheroes propelled Marvel to its preeminent position in the comic book industry, Stan’s co-creations include Spider-Man™, The Incredible Hulk™, X-Men™, The Fantastic Four™, Iron Man,™ and hundreds of others. He introduced Spider-Man™ as a newspaper strip which became the most successful of all syndicated adventure strips having appeared in more than 500 newspapers worldwide. Stan currently remains Chairman Emeritus of Marvel, as well as a member of the Editorial Board of Marvel Comics.

“There is no bigger name in the comics world than Stan Lee, and we couldn’t be happier to have him back at several of our upcoming shows,” said John D. Maatta, Wizard World CEO. “It is truly an experience for fans to meet this legend who has made everything in the industry possible.”

Wizard World Comic Con events bring together thousands of fans of all ages to celebrate the best in pop culture: movies, television, gaming, live entertainment, comics, sci-fi, graphic novels, toys, original art, collectibles, contests and more. Kids 10 and under are admitted free with paid adult. Wizard World Comic Con is also the place for cosplay, with fans young and old showing off their best costumes throughout the event. Fans dressed as every imaginable character – and some never before dreamed – will roam the convention floor and participate in the famed Wizard World Costume Contest on Saturday evening.