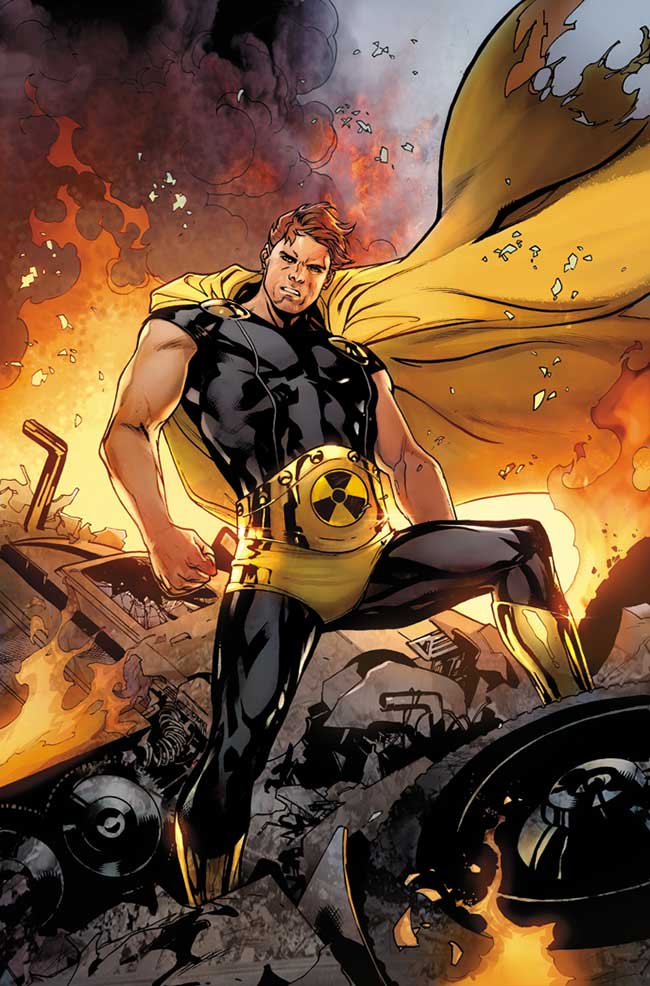 [Preview] Here is your first look at Hyperion #1

Marvel has released a sneak peek of Hyperion #1 by Chuck Wendig and Nik Virella.

HYPERION #1 (JAN160734)
Written by CHUCK WENDIG
Art by NIK VIRELLA
Cover by EMANUELA LUPACCHINO
Action Figure Variant by JOHN TYLER CHRISTOPHER (JAN160737)
Variant Cover by EMANUELA LUPACCHINO (JAN160735)
Black Panther 50th Anniversary Variant by KERON GRANT (JAN160738)
Hip-Hop Variant by SHAWNA MILLS (JAN160736)
“Hyperion is a man who lost his universe. He doesn’t belong anywhere. And as a result he lost himself and hasn’t yet found who he really is,” says Chuck Wendig in an interview with Marvel.com. “So he adopts America and its people as his children. But he doesn’t understand them, and this is about Hyperion going out into the country to find out who these people are. And, by proxy, who he really is, too.”

But corruption lives in the heartland of America. And Hyperion will root out the worst of it. Through the long nest of roads and highways and small strange towns – Hyperion travels America, posing as one of us. Helping people. Exploring. All in pursuit of the answer to that one question – what does it mean to be human?