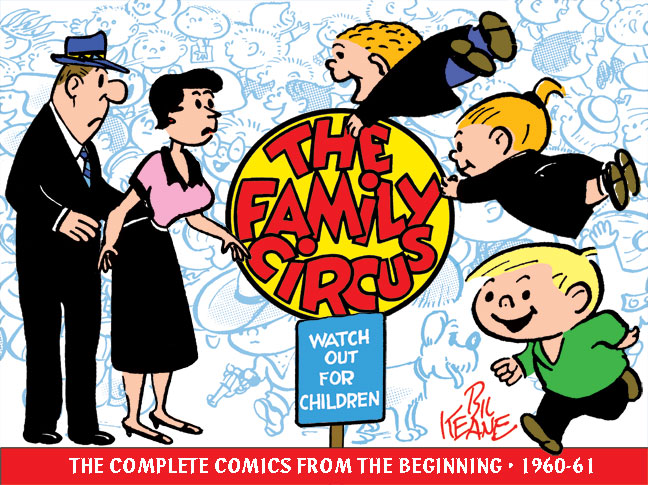 (San Diego, CA; February 28, 2009) IDW Publishing is pleased to announce The Family Circus Library by Bil Keane. The Family Circus, which was originally published in only 19 newspapers, is now seen in over 1500 newspapers worldwide, making it one of the most enduring and popular comic strips ever.

Drawing inspiration from his own familyâ€™s antics, Bil Keane brought the charming adventures of Billy, Dolly, Jeffy & PJ to life where they have been beloved by millions of readers ever since

â€œHaving truly enjoyed drawing my Family Circus cartoons,â€ Bil Keane said, â€œit is icing on the cake to see them now preserved in these very special volumes that will go on and on and on! Realizing that future generations may read the Keane family drawings that I penned so long ago is a happy bonus for this old cartoonist. I am eternally grateful.â€

The initial book will collect the first two years of daily and Sunday strips, starting from the very beginning, February 29th, 1960. Volume One will be released in November, in celebration of the 50 year anniversary of The Family Circus.

â€œThe Family Circus has been a favorite of mine since I was a kid,â€ said Scott Dunbier, the projectâ€™s editor, â€œand is even more so now that I have kids that age!â€ Each hard cover book will be designed by Eisner Award winner Dean Mullaney, and will be part of the critically acclaimed Library of American Comics.