Many of Dynamite’s top titles and most popular characters have made their way into the NFT comics world through their partnership with Terra Virtua. Today, one of the most infamous of all, Evil Ernie, tears his way into the format.

Evil Ernie’s latest debut issue is now available as a limited edition NFT comic book. Written by Scott Lobdell (Uncanny X-Men, Teen Titans) and drawn by Ariel Medel, the series has been a hit so far with over 30,000 copies sold on the kickoff. A thrilling cover by legendary artist Brett Booth is a perfect match for the character and truly comes alive in the animated director’s cut edition, more limited and often selling out on Terra Virtua.

The character debuted 30 years ago in 1991, as the front for a quickly expanding entire line of Chaos! characters. Created by Brian Pulido and Steven Hughes, Ernie’s penchant for mayhem and death attracted a generation of readers thrilled by this unique brand of comics. Chaos! made waves as a “connected universe” akin to Marvel and DC, but stuffed with demons, vampires, and serial killers instead of bright blue and red spandex. Now this boundary-breaking franchise makes its way to the innovative world of NFTs for fans new and old. 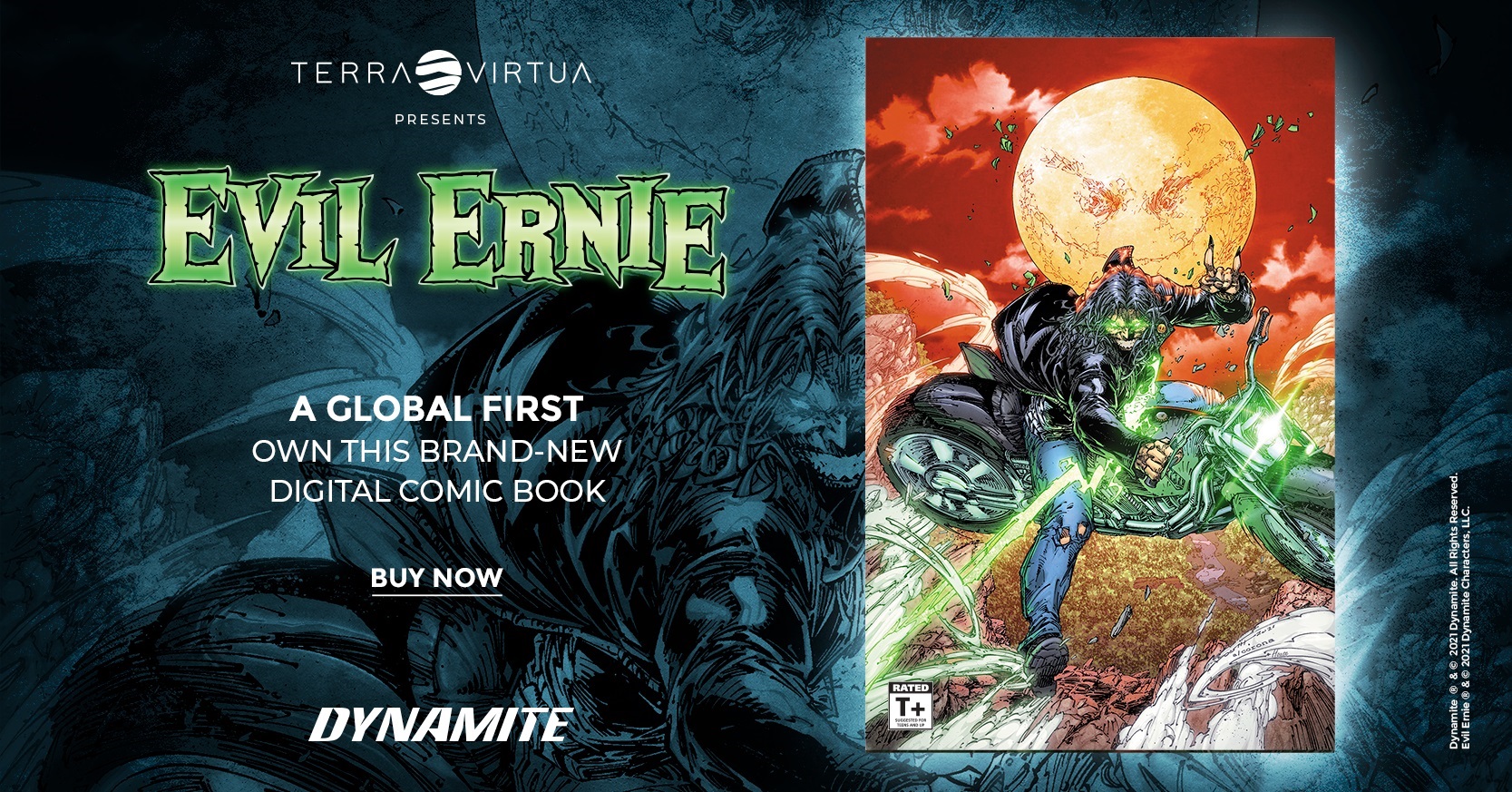