Black Caravan, the horror imprint of Scout Comics, has finally unleashed the SWAMP DOGS on the world– and the world will never be the same again. The mystery campaign is over, and the cover of Issue 1, by Robert Sammelin (Sons of Anarchy, Escape From New York, Cimarronin), has been revealed. “This is one of the best comic book covers I’ve ever seen. And it’s only fitting, given how kick ass the comic book is,” said Rich Woodall, co-publisher of Black Caravan. 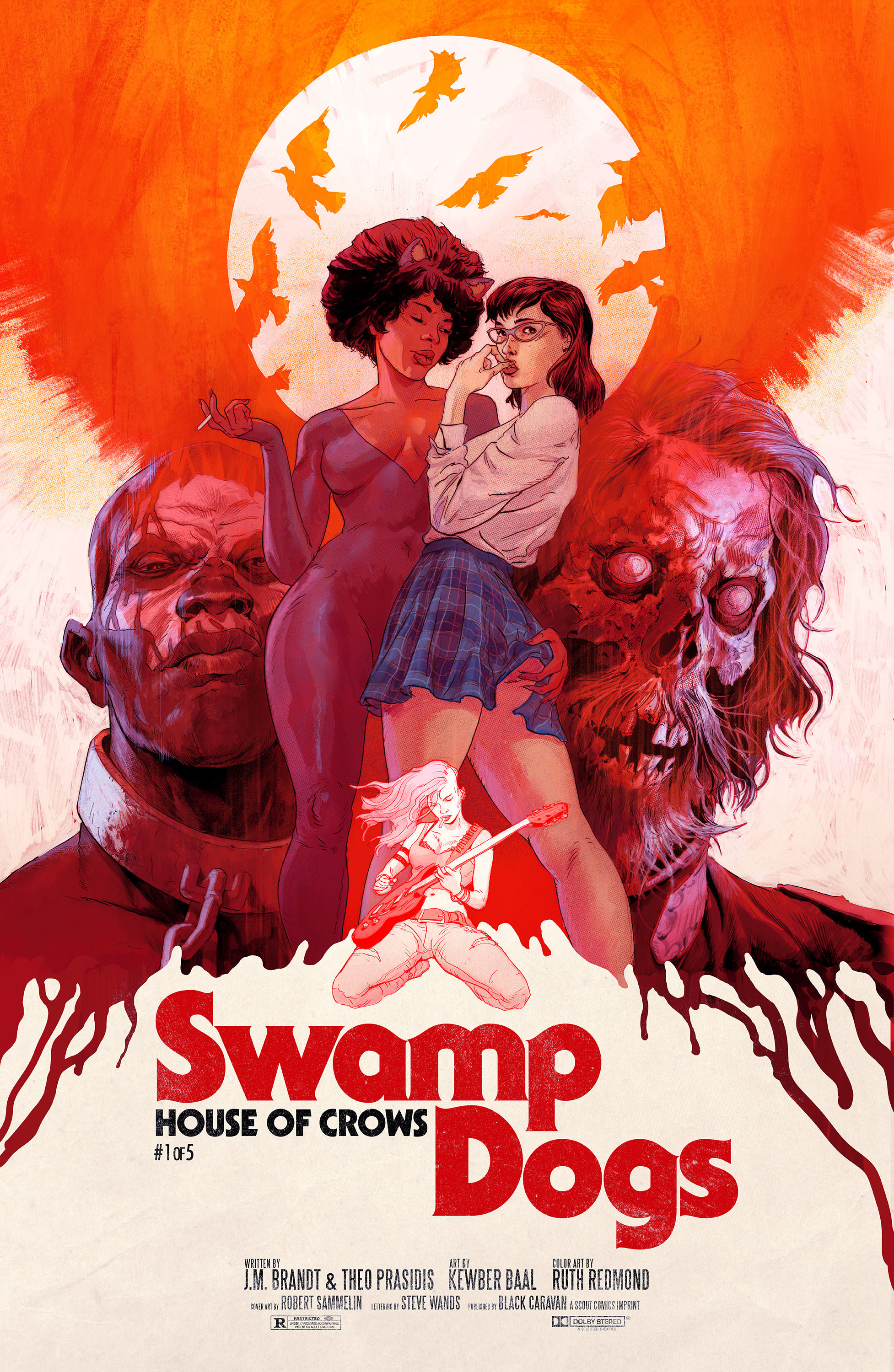 SWAMP DOGS: HOUSE OF CROWS will jumpstart the SWAMP DOGS universe. A 5 issue miniseries, it will introduce readers to the titular villains and the world which they are seeking to create. The book is a modern take that blends grindhouse, 70s and 80s horror, stoner comedies, cult classics, and midnight movies into one wild ride. The mini is a tight, funny, sexy, gory, horrific standalone story that is planned to lead into other ongoing titles, miniseries, and one-shots. It follows a budding lesbian couple and The Grunch, a goofy and fun-loving metal band, as they unwittingly stumble upon the SWAMP DOGS and their HOUSE OF CROWS. Co-writer Theo Prasidis explains, “A series of coincidences fulfill a Voodoo ritual that dates back to the Civil War and resurrects the most notorious and sadistic squad of the Confederacy, The SWAMP DOGS.” What results is a horrific bloodbath on the bayou as the SWAMP DOGS stretch their legs– getting ready to conquer Louisiana, and then everything else.

Co-writer, J.M. Brandt, says, “The SWAMP DOGS are the ultimate incarnation of evil. They are malicious, reprehensible, perverse… and a lot of fun to write. And they really come to (un-)life at the hands of Kewber Baal and Ruth Redmond. People are going to remember these monsters.” Seen as the highlight of their 2021 books, Black Caravan has high hopes for SWAMP DOGS. Co-publisher Joseph Schmalke says, “These 5 issues are just the beginning. We have some big ideas for this franchise.”

SWAMP DOGS: HOUSE OF CROWS Ashcan preview is now available. Issue 1 will be released in October 2021. Variants and exclusive covers, including by heavy metal artist Solo Macello, interior artist Kewber Baal, and Steve Wands’ (who also letters the series) first comic book cover, will be unveiled at a later date.