Eve has woken up in a world that is polluted with poisonous air. She embarks on a dangerous quest to find her father and get the answers she needs. Find out more in Eve #1 by BOOM! Studios. 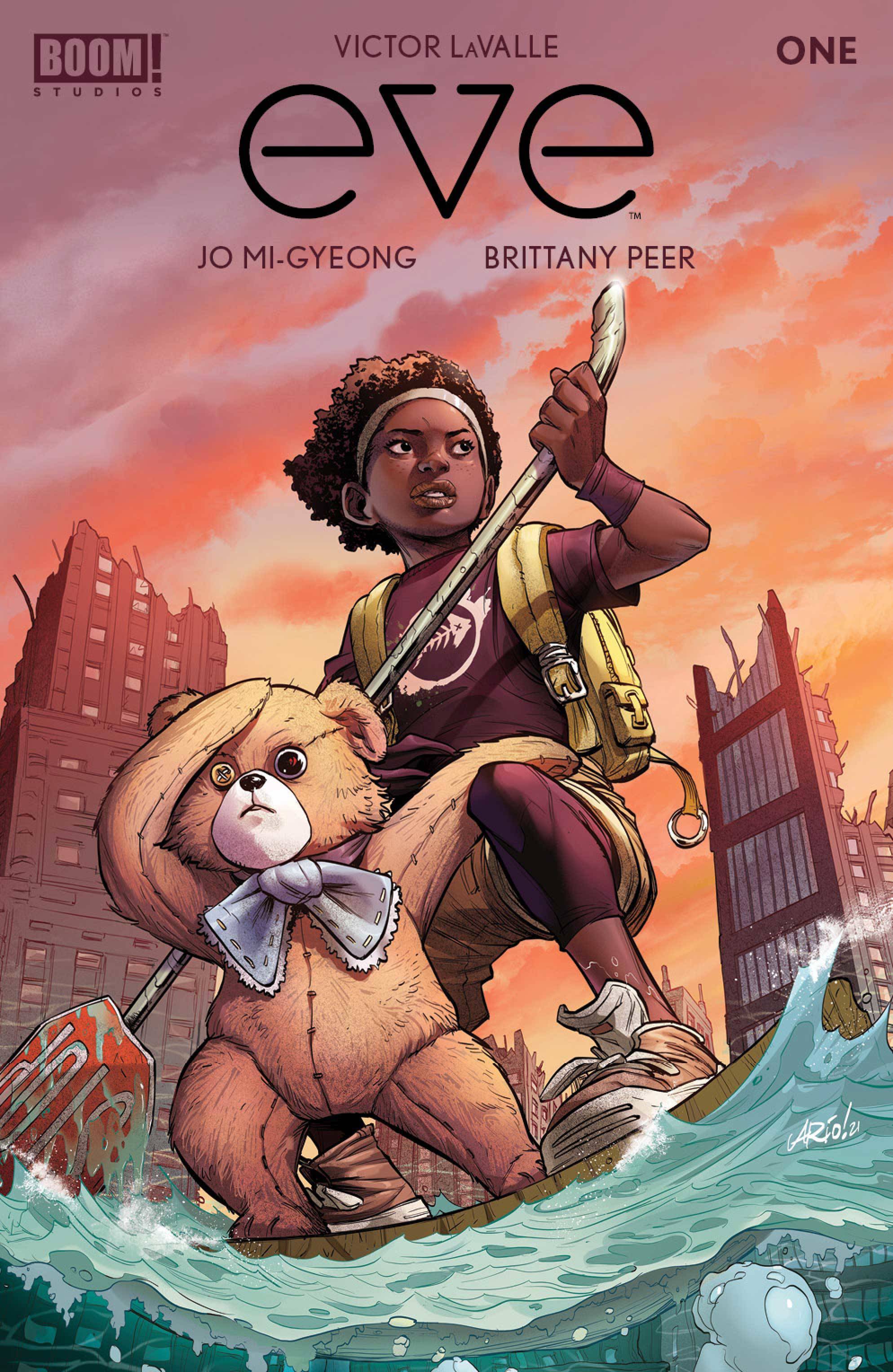 Previously in Eve: When the ice caps melted, most of humanity was lost to a hidden disease. Now a mysterious girl has awoken in secret without a clue what this new dystopian America is like.

A WOMAN OUT OF TIME

Eve has found memories of her childhood. She grew up on an island and lived in a bunker that could project images from around the world. However, one day she wakes up from some form of stasis to realize her reality was not true. She meets an android that has taken the form of one of her childhood teddy bears and realized that the waters destroyed the coast line and the air was poisoned. Eve eventually goes to get some fresh air and sees the underwater city of Manhattan. She then resolves to look for her father to get some answers of what is going on and what she is supposed to do.

A WARNING AGAINST CLIMATE ISSUES

The end of the comic has a page where the author tells us his interest in climate issues and draws an important statement. The world needs to be saved for our children and ultimately by our children. Which I found to be an interesting theme of the story. I went back for my second read-through with that in mind and wondered how prepared Eve actually was to save the world. We get a lot of exposition, but I don’t know much about Eve besides she seems to be outdoorsy and likes to monologue to herself. In fact, her motivation doesn’t actually seem to be to save the world but rather to find her father. Which is an acceptable goal for an 11-year-old. I’m intrigued by the premise, but I don’t know if I have faith in the protagonist quite yet.

Eve is a story that takes us to a potential future. And a future that isn’t too far off from our reality. With solid art and a strong narrative exposition, I think this story could teach us a lesson on what our children are capable of and warns us of a dangerous future. 4 out of 5 stars for this one from me. I am curious about the protagonist and her android teddy bear companion.

This book serves to warn the reader about climate issues through the eyes of a young protagonist who doesn't quite understand what is going on.