The final battle is here and Saoirse must use all her power against Badb! Will she be able to overcome her enemy? Find out in The Last Witch #5 by BOOM! Studios. 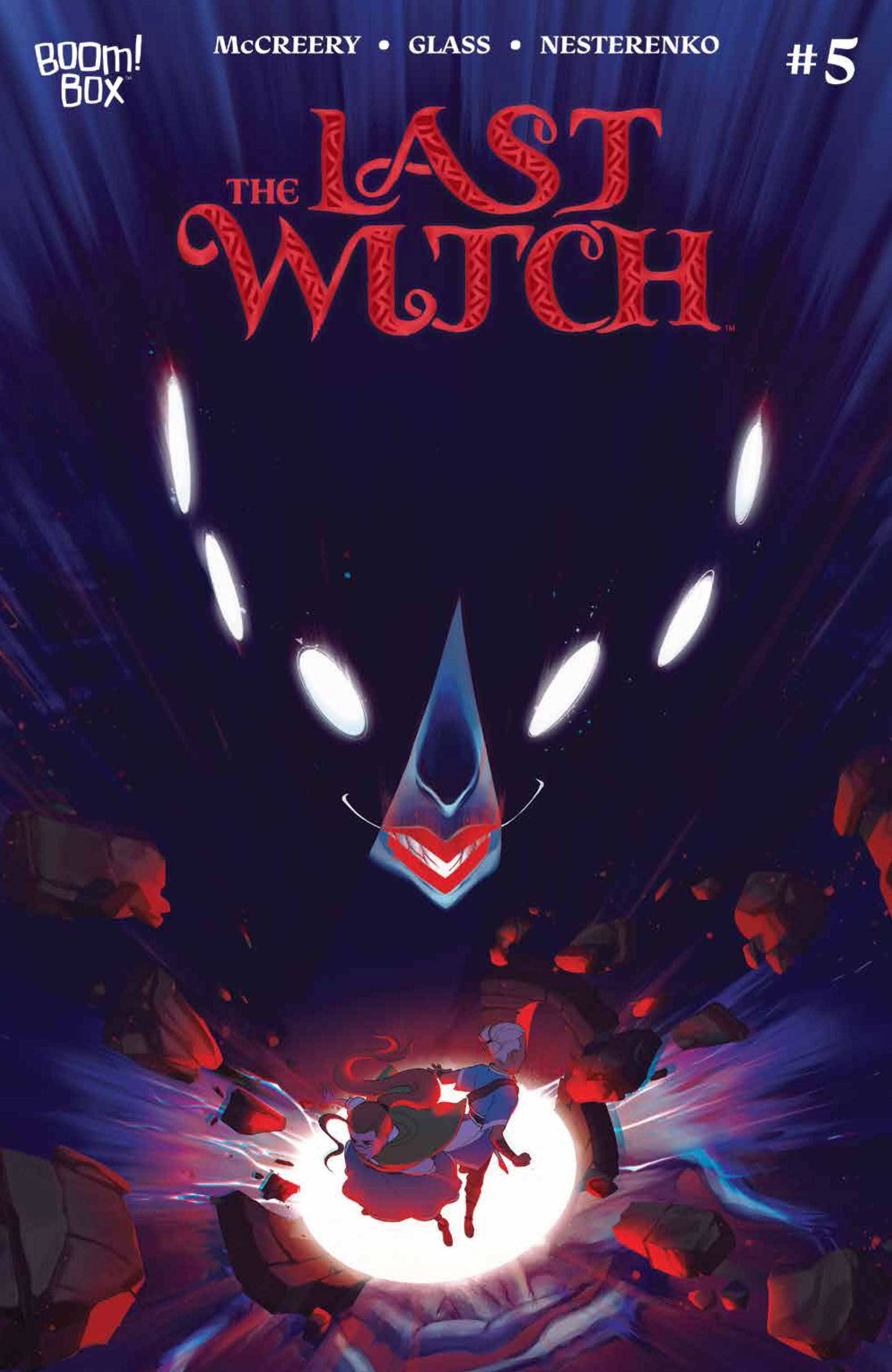 Previously in The Last Witch: Saoirse, Nan, and Brahm met a half-faerie named Hugh that can amplify Saoirse’s magic. However, Saoirse has snuck out to face the wind witch by herself and avenge her hometown. Luckily, Hugh is not far behind!

Saoirse runs off and tries to clear her head. She does this by looking up to the heavens and talking to her mother. She exclaims that she is afraid of her power and how her power makes her feel. Hugh overhears and reveals his life as an orphan and how people feared his ability to heal. Unfortunately, as they are talking, they are attacked by Badb. Badb realizes that Hugh is part faerie and prevents him from touching Saoirse which causes him to run off. Without any help, Saoirse is overwhelmed and Badb begins to monologue. However, while she is talking Hugh, in the form of a fly, returns and powers Saoirse up. Using her powers, Saoirse summons lightning, which kills the witch. Unfortunately, Nan and Brahm were caught in the battle and Brahm was struck by a rock losing his eye.

Saoirse now has had her revenge, but she is upset at the wound Brahm took and we can see the anger beginning to take her over.

The Last Witch #5 was interesting to me because we spent so much time being prepped for this final battle. But the fight wasn’t the bulk of the issue, it focused on Saoirse’s struggle with her own power. And it was foreshadowed quite a bit in the previous issues, but I thought the death of Badb would have more of an effect. Now, as a reader, I prefer to see character development, but I felt that the narrative arc climax left me wanting for a more solid resolution. Especially since this is the final issue of the miniseries, I expected a little more. Maybe this title will get a second run, but if we don’t then this is a sad ending.

I hope we see Saoirse and Hugh again. There is a huge foundation for future stories that would be a shame to not see. Will Saoirse succumb to her anger and power? I would love to find out.

I really like this series and even though I wasn’t thrilled about the ending I still think this is a good read. The characters are well developed and three-dimensional and the art style is fitting for the tone of the story. 3.5 out of 5 stars for The Last Witch #5 and I hope the title continues.

This miniseries sets up the future of the main characters but didn't resolve the final battle in a fulfilling way.