Louise and Walter Simonson return to their 1980s X-Men title! The five original X-Men have defeated Cameron Hodge and foiled Apocalypse. Find out in X-Men Legends #3 by Marvel Comics! 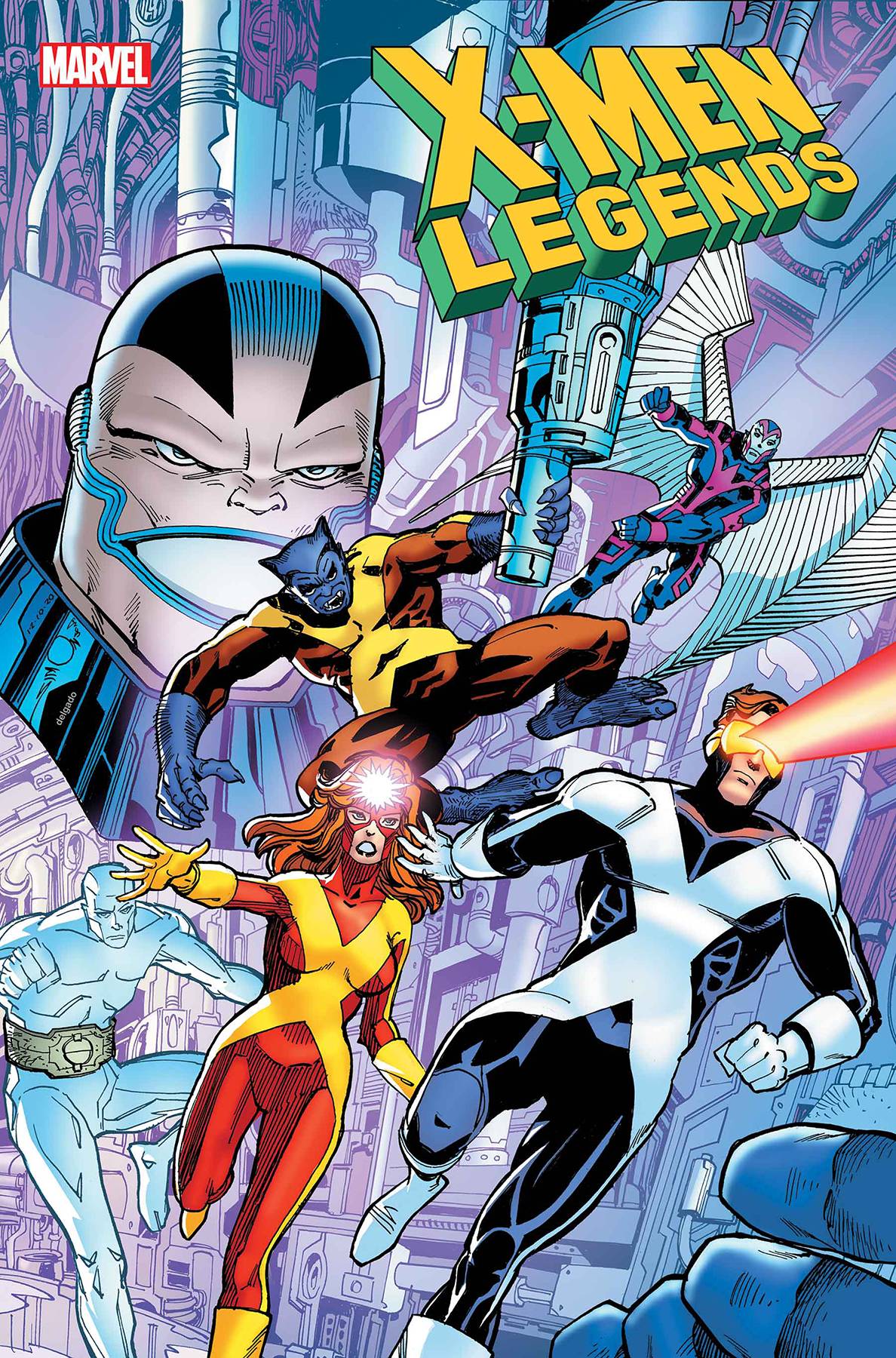 Previously in X-Men Legends: The original five X-men are fighting the good fight as the mutant team X-Factor. Even after their many victories, Apocalypse has another plan up his sleeve. Additionally, Archangel is dealing with his new wings after having his old ones destroyed and replaced by metal. And Ms. Marvel has the memories of Madelyn Pryor and the Phoenix in her. Right now, X-Factor rides on Apocalypse’s sentient ship with baby Christopher Nathan “Cable” Summers.

Iceman and Beast are off to see a movie and Jean has just gotten Christopher Summers to rest. With Warren off elsewhere, it gives Scott and Jean a chance to… see a ship crashing! Iceman and Beast lost control of their ship and crash lands into the water. “Ship” reveals that she is unable to control her functions and begins to change like a rubric’s cube. They must head to the center of the ship to stop her while also saving baby Cable.

Cyclops uses his vision to destroy the ship and take them into the center. As they fall, Beast catches Chris Summers. Ms. Marvel and Cyclops are able to break through the walls, Iceman shields the mutants from the heat, and Archangel does enough damage for the Ship to regain control. However, as they begin to relax Apocalypse reveals his true scheme. He gives Cameron Hodge a new body and a task to kill the X-Factor!

LOVE THIS CAST OF CHARACTERS

I owned this run of X-men once upon a time. I was always caught up in the drama of the Summer’s family and Archangel’s trauma. Returning to this arc presents the creative team a lot of difficulty because they can’t break continuity. You must get back into the mindset of that series, but you also can’t develop the characters. Then you must still create something cool and unique to keep the reader interested. And I think the creative team does that with great skill. I was engaged by the Ship’s breakdown and the discussion between Apocalypse and Cameron Hodge. And I am excited to see this group of heroes take on the rebuilt Hodge!

This issue brings us to the great X-Factor run of the 1980s and leaves me with fond nostalgic memories.