The Storyteller has a visitor! And what better way to greet a visitor than by telling stories by the fire. Find out more in Jim Henson’s The Storyteller: Tricksters #2 by BOOM! Studios! 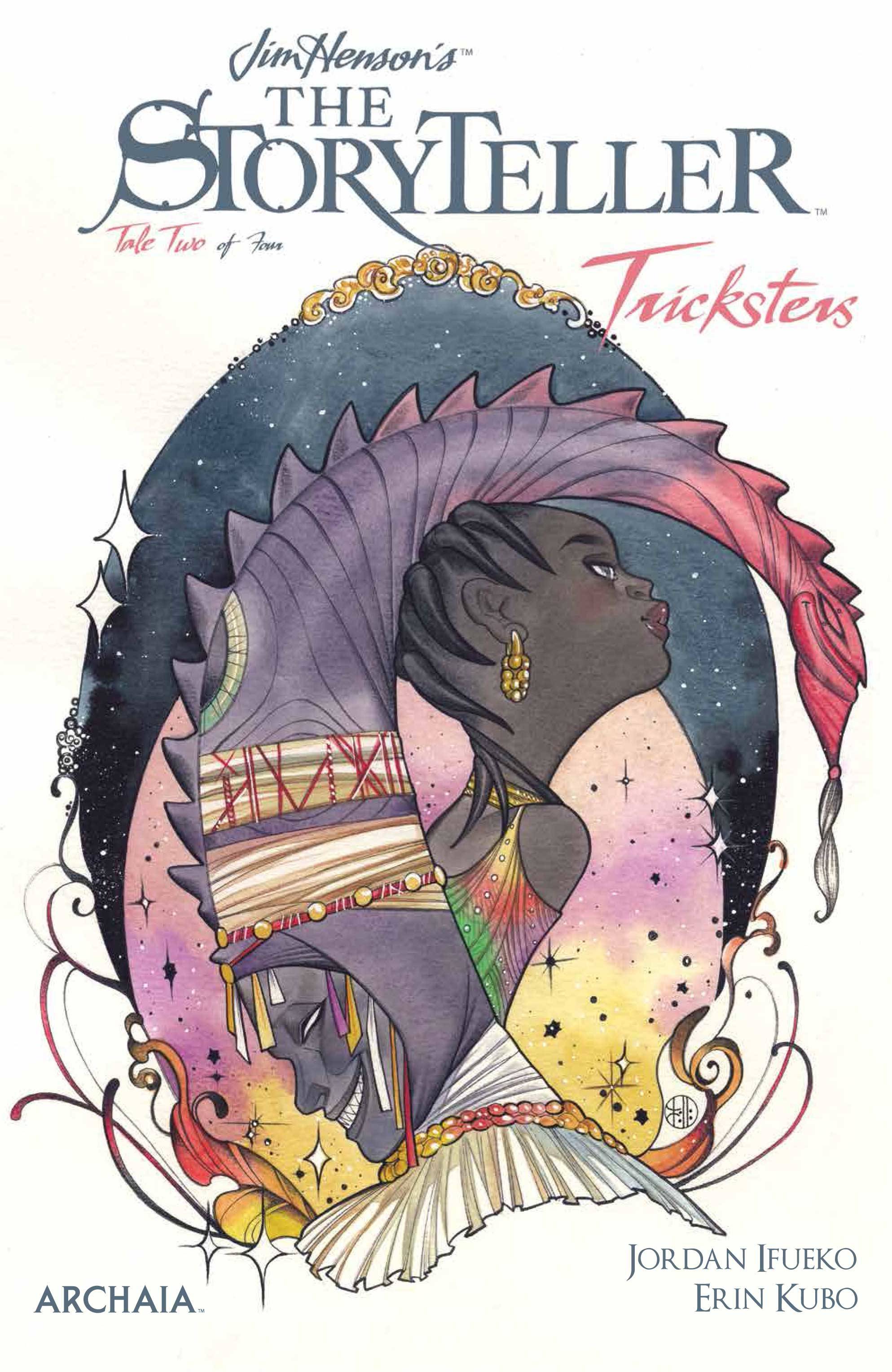 JIM HENSON’S THE STORYTELLER: TRICKSTERS #2 (OF 4)

Previously in The Storyteller: Come check out the Storyteller and his trusty dog sitting by the fire. In this story though, the storyteller greets in a guest who tells him a story in her own oral tradition.

The Storyteller opens his door to a traveler who needs shelter from the storm. Instead of the Storyteller telling a story, his guest decides to teach him a song and tell him the story of Eshu: god of cunning, chaos, and a slave to nothing. Unfortunately, the people who worship Eshu ten to be people who want to use his power for selfish reasons. Until he meets Lolla, a person who was marked to be a bride. She asks Eshu to make him a potion to get rid of her competition for the man she loves. In return she will tell stories of Eshu that will bring him more followers among the poor. Eshu realizes that Lolla is just as selfish as the rest of the world and creates a potion that will get rid of her own mark. After Lolla shows her some of her stories of Eshu and dyes them into cloth, Eshu leaves. Until Eshu realizes that he was tricked, Lolla wanted to get rid of the mark because she just wanted to tell stories and not be a bride. Eshu realizes at that moment that he is not a god of chaos but rather a god of freedom!

I loved this story and getting a look Yoruba religion. I admit that I had to google to figure out where this story is originating from. The fact that this book prompted me to do more research into new places and religions is a great inspiration for what I do both professionally and creatively. And the way this story is presented feels like a breath of fresh air. It is a simple story with a good message that represents a culture I am unfamiliar with. There are no complaints with this book. I think it was expertly written and now I have a new culture to look into and learn more about.

BOTTOM LINE: THIS BOOK IS FOR ME

Jim Henson's The Storyteller: Tricksters #2 (of 4)

This book does a great job capturing a new story featuring a culture that many people are not familiar with.