Despite the paradise of Krakoa, not everyone is fitting in. Nightcrawler begins to question his place as a Catholic when mutantkind conquered mortality. Find out more in Way of X #1 by Marvel Comics! 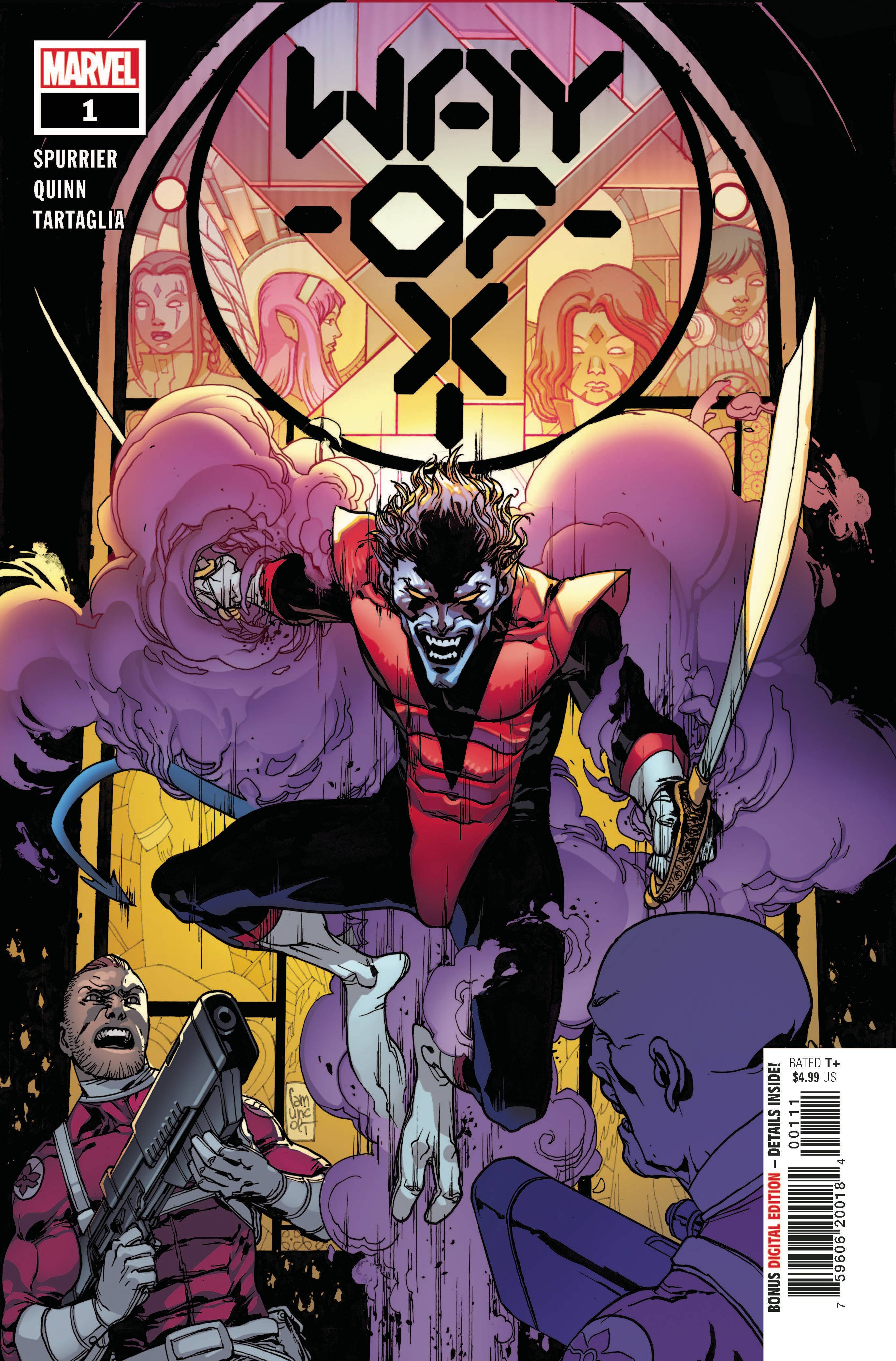 Previously in X-Men: Mutandkind united under one nation, Krakoa. Krakoa have been able to bridge the gap between opposing factions of mutants. They have been able to create medicine for the world and provide a safe haven from persecution. They have even learned to cheat death by combining mutant powers into a process that can bring a dead mutant back! However, having a new nation gives a whole new set of problems and a new culture is developing.

Nightcrawler has decided to go back into the field. Taking a group of youngsters, he infiltrates Orchis and arrives in a brainwashing facility. A facility that shows all the worst parts of mutantkind in a museum of hate! The younger people decide to play a trick on the Orchis members by allowing them to kill Pixie, who had them convinced she is an angel. Since she can be resurrected, there is no fear for their lives. Nightcrawler is horrified by this and after conversations with Magneto and Professor X, he finds himself confused by everything. On top of that, Nightcrawler has been speculating creating a mutant religion.

The youth of Krakoa have been taking about a Patchwork Man, which seems like a simple ghost story. However, perhaps the real horror is what Magneto does to a depowered mutant who has made it to Krakoa. To give this person back their power, they have to kill them and be resurrected. However, this event turns into a sport where Magneto practically tortures them to an excited crowd. Nightcrawler hates this and leaves dejected but not before Professor Xavier asks him a favor. He asks Nightcrawler to check up on Legion, who may be behind this “Patchwork Man” that the kids are talking about. When confronting Legion, Nightcrawler is attacked by him.

TURNING INTO A DYSTOPIA

The theme of the story is interesting because it feels like we are seeing the beginning of a dystopia told through the eyes of a Catholic. When I read these themes that the creative team put together, I immediately saw parallels to 1984 or Brave New World. What an interesting side effect when mutant kind conquered resurrection. Pixie, a youth, was willing to die to traumatize her enemies for some form of self-satisfaction and to the encouragement of her peers. I loved it and I wonder how the comic is going to resolve it.

It is good to see Nightcrawler coming to the forefront. I was sad when he wasn’t a main player in the X of Swords event. However, taking this character’s religion and comparing it to Krakoa’s reality is engaging! When resurrection has been mastered and that used to be reserved strictly for one man, it must be difficult to process. I didn’t even consider this implication when I first was introduced to this particular run of X-Men. Great work and great interpretation of Nightcrawler from the writer.

This comic had everything I wanted from my storytelling. Not only do they take one of my favorite X-Men characters, they portray him in an engaging way. I’m interesting to see what happens to Nightcrawler at the end of this arc and what his character will look like. 4.5 out of 5 stars for this one from me.

Way of X shows a new side to the Krakoa nation in a engaging and thought provoking way.