In the land of high adventure, the story is always ruined by the Murder Hobo in the party. Check out four new tales in Murder Hobo: Chaotic Neutral #1 by Scout Comics! 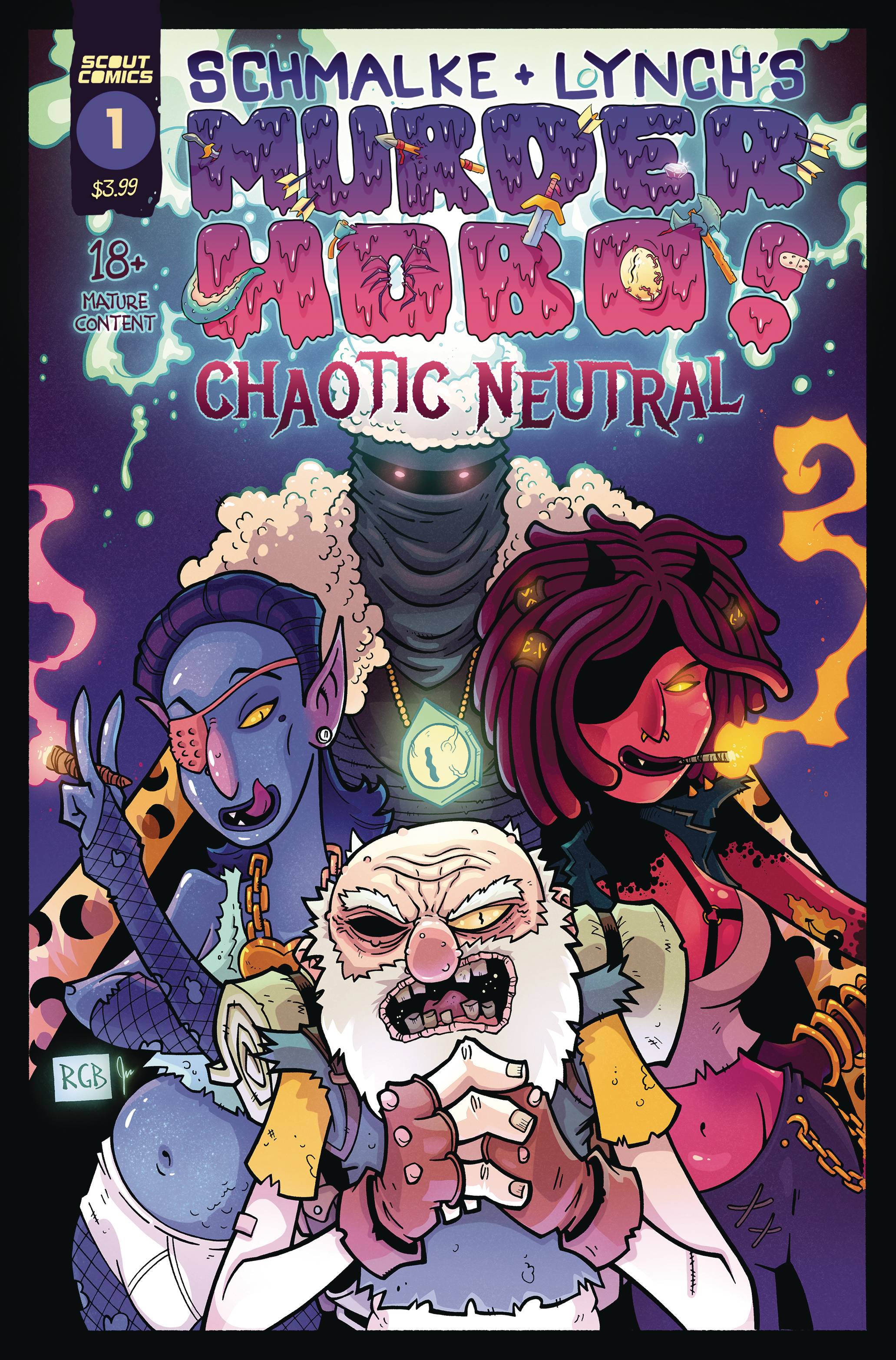 Previously in Murder Hobo: This is not the story of heroes going on grand adventures and saving the world! No, in fact this is the story of the people who doesn’t care about anything the reward. And sometimes getting that reward doesn’t mean doing the right thing. Check out four new stories from a new creative team!

Specta Liaison finds a village that is being mind-controlled by a new baron. Opting to try and steal the large mound of pixie dust that controls people, she decides to “help” the village. She finds the baron torturing men by causing them to tickle each other and she ends up creating a magic collar around the Baron’s neck. However, after finding the pixie dust she accidently pulls on the collar too hard and kills him. Next, Roddy the Rotten fights murder hornets who literally sting your butt and lays eggs in the body. He brings a group of people to defeat the queen and steal the Queen Hornet’s treasure.

In an inn, a group of people encounter Venus, Succubus of the southern rim. Venus realizes that these are her children with all the men she has seduced with her succubus wiles. After regaling these kids about her meetings with their parents, the kids revealed that all their fathers killed themselves. Venus drinks her +4 to hit ale and kills her children… on Mother’s Day. The last story involves a necromancer pimping out undead… and I’ll just leave that one here.

NOT MY CUP OF TEA

I thought this would be a fun book with some vulgar humor with some fantasy tropes. And I guess that is what this was, but not in a way that I found tasteful. I wanted a story that poked fun of the classic D&D party that kills their way to success, but I got a story about blood, killing, and fetishes. Which I guess is exactly what the book advertised to be fair. However, the specific jokes and the art style were not for me.

For some reason, I felt that there was too much writing on the page for what the book was trying to do. It wasn’t a slow book, but I thought the art was paced one way and the writing was slower than what the art wanted. It is difficult to explain but I wanted a faster read for the comedic pacing of the story.

BOTTOM LINE: PASS FROM ME

Murder Hobo: Critical Neutral #1 is a fantasy book that pokes fun at violent people in fantasy stories. I sometimes like vulgar comedy, but this was a difficult tone then what I was expecting. If you like this kind of humor then pick it up, otherwise this is a 2.5 out of 5 for me. Just wasn’t what I wanted.

Murder Hobo is a book that doesn't take itself seriously and is filled with crude humor. Good at what it does but not what I want.