A mother and son leave Guatemala to the United States to seek Asylum. However, when they arrive at the U.S. border, things do not go as planned. See this tragic tale in Home #1 by Image Comics! 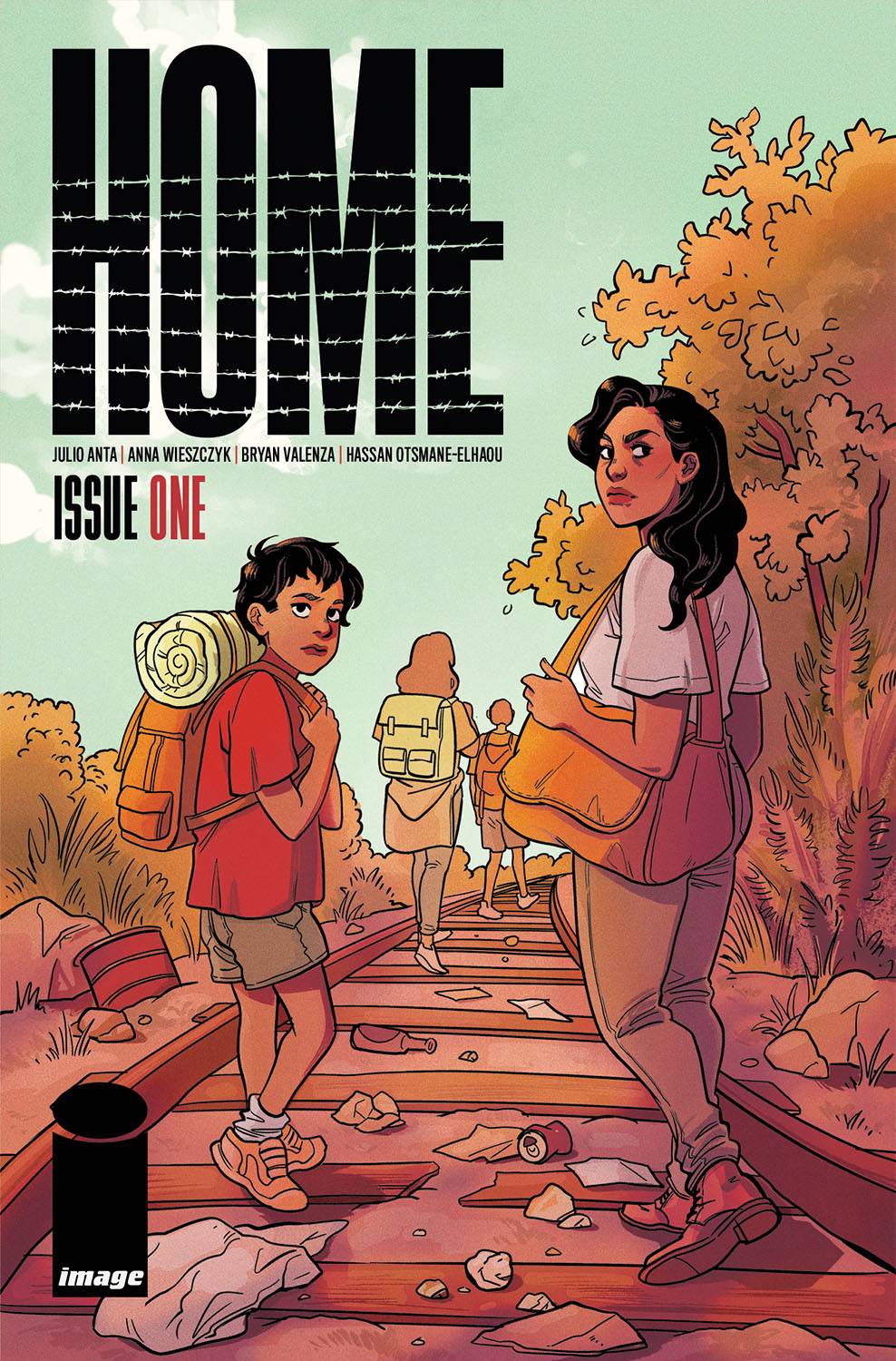 NOT A SAFE HAVEN

The issue starts with a montage of the Gomez family heading to the United States with a monologue about how immigration policies have changed in the United States. When Mercedes and Juan Gomez finally reach the US border, they plead their case to seek Asylum as best as they can. They are sent to the Icebox for processing where some people admit that they have been there for weeks, and they are separating children from their parents. Eventually, the immigration officer comes for Juan, and they take him away from his mother and put him in a foster home in Texas where he is put in a cage. Mercedes looks for answers where the Spanish translator tells her that things have changed in the United States. Meanwhile, Juan immediately breaks the rules by taking an orange back to his cage and he is thrown into confinement. During the stress of the ordeal, his powers activate, and he unleashes a fire blast. Juan runs off faster than the adults could catch him.

The comic book is difficult to process because of the real-world implications. The story features significant issues that the United States are dealing with today. This is even fully emphasized when we see a picture of an image of Donald Trump on the wall of the immigration officers. Parts of this comic is heart breaking. As a parent, I hated seeing Juan separated from her mother and I found myself thinking of my own grandparent’s immigration from China prior to my birth. Like the title implicates, this hits close to home for me as well as many people who are familiar with the immigration experience.

But I’ll try to take a more objective look at the book. The writing is solid, and it follows a strong narrative arc at once. Watching the initial montage makes you attached to the Gomez family. The story reads a bit fast, and I attribute that to the simplicity of the art backgrounds in the arc. The artist likes to use shadows to create this black backdrop in certain pictures. For example, when Juan is being taken away on a bus you simply see black within the bus rather than the children within it. Without having to take in additional information visually, you read a lot faster. This also puts an emphasis on what is important which is always the two main protagonists and their emotions. Excellent work here.

This is an extremely beautifully written book, and it doesn’t shy from issues that are close to home. It is going to make you feel uncomfortable at times and some art is meant to challenge you. I’m reminded of the social commentary that comics consistently do. This is a 4 out of 5 for me and this miniseries is going to turn heads as future issues are released.

Home takes a real-world problem and presents it in a digestible way but it doesn't make the themes any less heartbreaking.