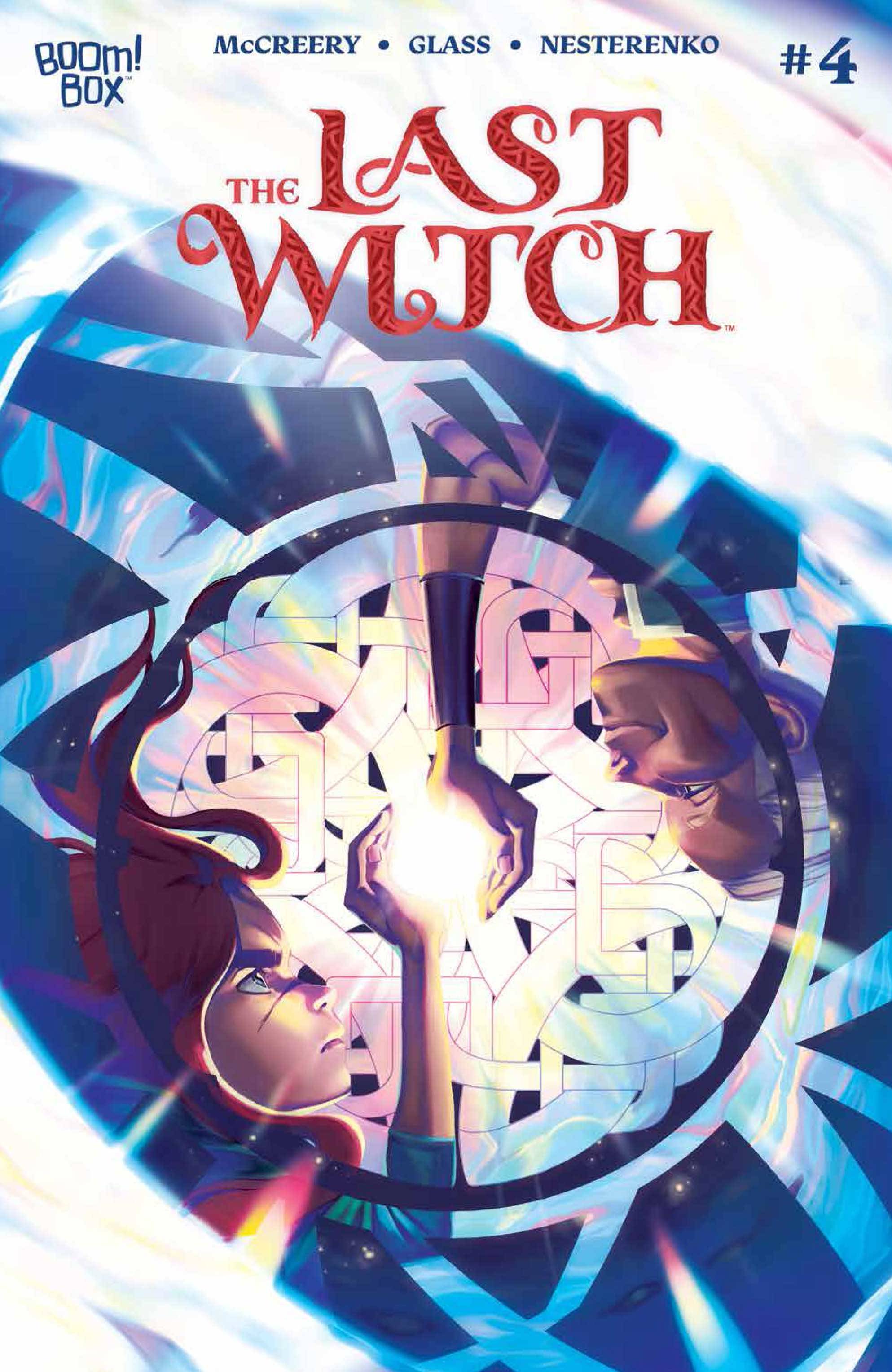 Previously in The Last Witch: Saoirse is traveling with her brother, Brahm, and Nan to fight wicked witches. However, in the battle with the water witch, Saoirse almost lost her brother, nearly drowned, and almost destroyed a village. Slowly, she is realizing that she is truly powerful. Tired and mentally exhausted, the trio looks for the Wind Witch to stop her tyranny.

Saoirse, Brahm, and Nan are in a tavern sharing a meal. However, there is a famine going on and food is scarce. Nan uses her magic to multiply the potatoes in her bowl which catches the attention of the other patrons. They begin to accuse them of being witches and is about to start a fight until they trio is saved by a man named Hugh. Leaving the tavern, Hugh seems to be light on his feet and a bit tricky, but Nan traps him in a binding circle. Hugh reveals that he is half faerie and wants to help Saoirse in her quest. They agree to a truce and when Hugh takes Saoirse hand, she is able to see magic ley lines and get a lead on where the Wind Witch is.

The crew finds themselves in a starving village and Saoirse secretly uses her magic to multiple the bread to feed the town. When they search the run-down farmlands, Hugh touches Saoirse and she can pull water from the ley lines around the farms. Later that night, Saoirse has a nightmare and runs off into the night with Hugh not far behind.

The introduction of Hugh gives Saoirse another character to react too. A solid portion of The Last Witch #4 is deciding if we can trust this man which foreshadows conflict between the two characters. We start to see this at the end of the book with Hugh being up to something. It will be interesting to find out if he is a good guy, bad guy, or somewhere in between. By adding this character, we further see Saoirse development as a witch, a person, and a protagonist which is always a plus. Sometimes adding new characters is a burden to the reader. In this case, Hugh adds a lot of content and story to the series.

The other major theme seems to be of hunger and desperation. There are two groups of people. The one group in the beginning that attacked Nan and the group that were thankful that Saoirse had extra bread. Both were acts of desperation. One was a group fearing they were going to make things worse by using magic and the other was happy that they were making things better. This foil to each other explore human psyche quite well for a children’s book in an easily digestible way. With solid art and great writing, I think this series will go far.

The story in The Last Witch #4  is paced extremely well and every moment feels like it is pulling us to our goal. This is a great series to give to a younger reader while still being enjoyable to adults. 4.5 out of 5 stars for this book. Excellent stuff and a high recommendation.

The introduction of Hugh gives our protagonist a lot of solid character development and charm.