The Pantheon has the Maestro and is trying to bring Bruce Banner back! Will they be able to tame the tyrant? Find out in Maestro: War and Pax #3 by Marvel Comics! 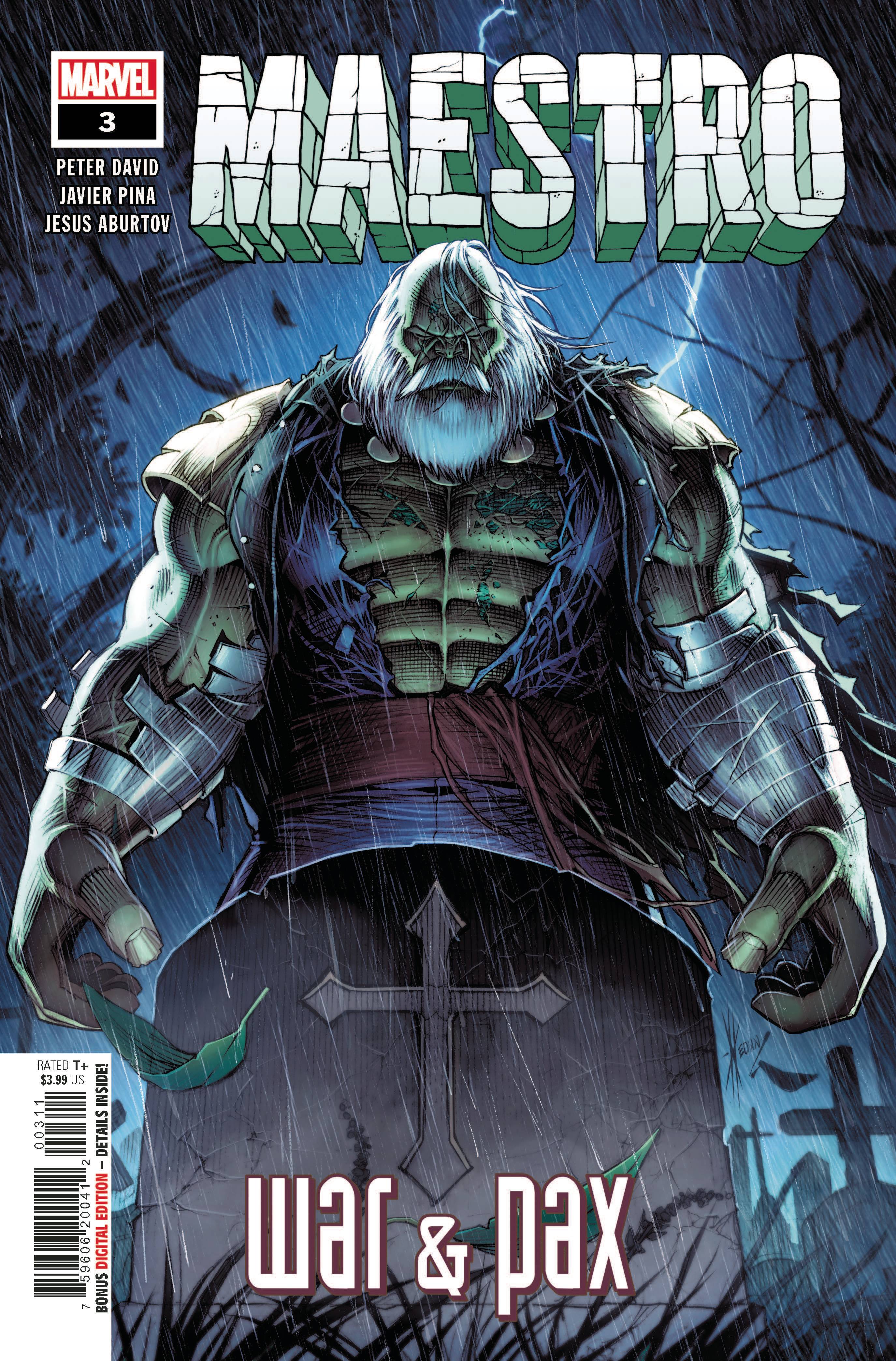 Previously in Maestro: Maestro has taken over the city of Dystopia and tried to bring peace to the world. However, people are rebelling against him and he is forced to quell all opposition and destroy the desire to dream. His new movement is called Post-Apocalyptic Existence, or PAX. The Pantheon stand against Maestro, and with the help of Doctor Doom they are able to capture him.

THE END OF MAESTRO

The Pantheon know that the only way to stop Maestro is to bring back Bruce Banner. They convince Paris to use his telepathic powers to try and talk to Maestro while he is unconscious. Paris creates a dreamscape and shows him images of Bruce’s father killing his mother. This angers Hulk and he escapes out of his imprisonment and begins to kill the entire Pantheon. Suddenly, Banner’s mother shows up and tries to convince Maestro to calm down. Maestro finally is able to relinquish himself back into his Banner form. He is then shot twice, dead.

I probably could have figured out that Maestro escaping his confinement was part of Paris’ dream prison thing. That the whole fight with the Pantheon was too gruesome to be reality. I was almost as shocked as Bruce was when I saw his mother shoot him. It took me several minutes to realize that the only part that was real was Hulk turning back to Bruce and that he was shot. Everything else was a lie. And as I reread it, I realize that the writer was foreshadowing this whole dream sequence right from the beginning and I fell for his trap. This is some great writing done by Peter David and I thoroughly enjoyed this book.

The art was surprisingly gory at times. They had a scene where Maestro threw Ajax into another member of the pantheon squishing her. You could see the red outline underneath Ajax, signifying blood and death. That part was very vivid and definitely leaves an impression.

It has been a while since a Marvel comic has caught me so off guard. The writing and narrative arc was not going where I thought it was and I was surprised. On top of that I have no idea how they are going to bring Maestro back from the dead, if they do at all. 4.5 out of 5 stars for this one. Great stuff here and a high recommendation.

Maestro presented a predictable situation and caught me completely off guard. The story kept me on the edge of my seat the whole time.