The Storyteller wakes up suddenly when his dog is barking at a spider. He sits the dog down and tells the story of Anansi, the Akan spider-god of trickery! Come here his story in Jim Henson’s The Storyteller: Tricksters #1 by BOOM! Studios! 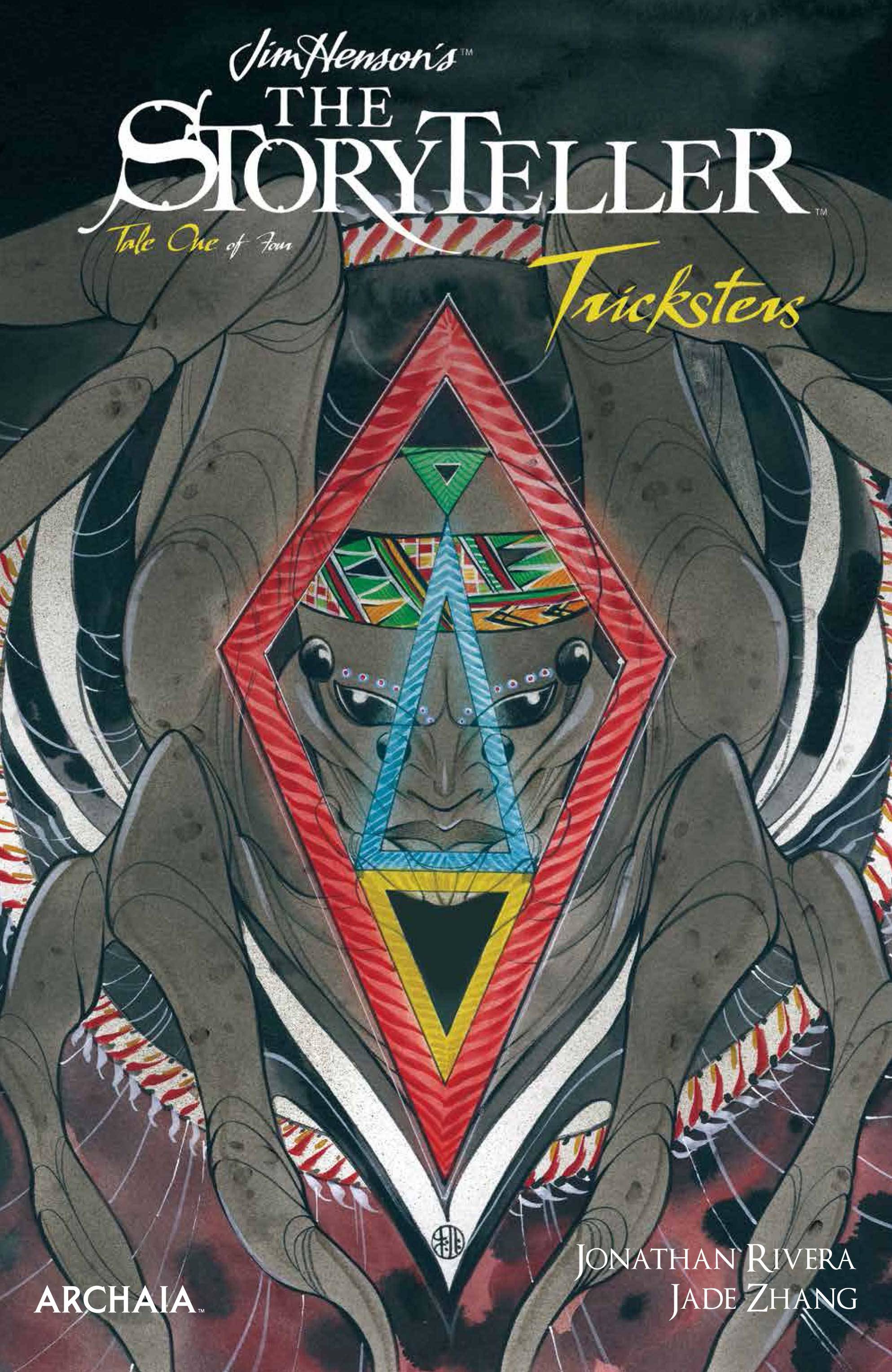 JIM HENSON’S THE STORYTELLER: TRICKSTERS #1 (OF 4)

Previously in The Storyteller: The Storyteller and his talking dog are taking shelter from a storm. The dog suddenly becomes scared of a spider and the Storyteller decides to tell him in a story. Check out the next Jim Henson inspired limited series!

A MAN AND HIS DOG

The Storyteller sits down with his dog to tell him the story Anansi, the spider trickster god. Man was bland and had no intelligence. But through the gift of learning they began to learn new things. Anansi went to his father, the Sky God, and tell him stories. These stories were added to a great pot along with wisdom. Anansi wanted the pot and offers to buy them from his father. His father gives him three impossible tasks in exchange for wisdom. Anasi is tasked to hunt Onini, the great python, Mmoboro, the hornet whose sting burned like a raging fire, and Mmoatia, a forest spirit. With his son, Ntikuma, Anansi is able to capture all three for his father.

After earning the pot of stories and wisdom he takes a long drink. The pot is large and unruly, and it is difficult to climb down from the sky. Anansi’s son tells him to tie it to his back, but Anansi’s pride says that he knows what he is doing. He falls and is swallowed by a fish. Ntikuma is able to save him by sucking the water out of the river. Anansi realizes that even with wisdom, he wasn’t wise enough to listen to his son. He then drops the pot in the river and allows stories and wisdom to go down to whoever drinks the water.

I don’t know much about Akan folklore. Often, we get stuck in Grecco-Roman mythology that we forget that there are other sets of folklore out there. Getting a glimpse into this mythos was enlightening. There are so many stories that are interesting, and we haven’t heard of and that is a shame. While I don’t know the original myth, I thoroughly enjoyed this interpretation of the story.

The story itself teaches us a lesson about pride. Anansi did great things and he let these accomplishments get to his head. It was the wisdom of someone younger that would have allowed him to succeed. I think this is an incredibly healthy and important lesson to learn. Sometimes you need to show humility and listen to others. This was a very enjoyable book!

I think this is a solid storyline with a solid premise. I wasn’t sold on the art and coloring (just not my cup of tea), but the story was entertaining. This is a great book to pick up for younger readers and adults alike. 3.5 out of 5 stars for this book.

This comic book gives a glimpse into Akan folklore and a new culture worth of stories!