It is Parents’ Day at Strange Academy! A day where parents can see what their children are learning under the Sorcerer Supreme. Find out what happens in Strange Academy #9 by Marvel Comics! 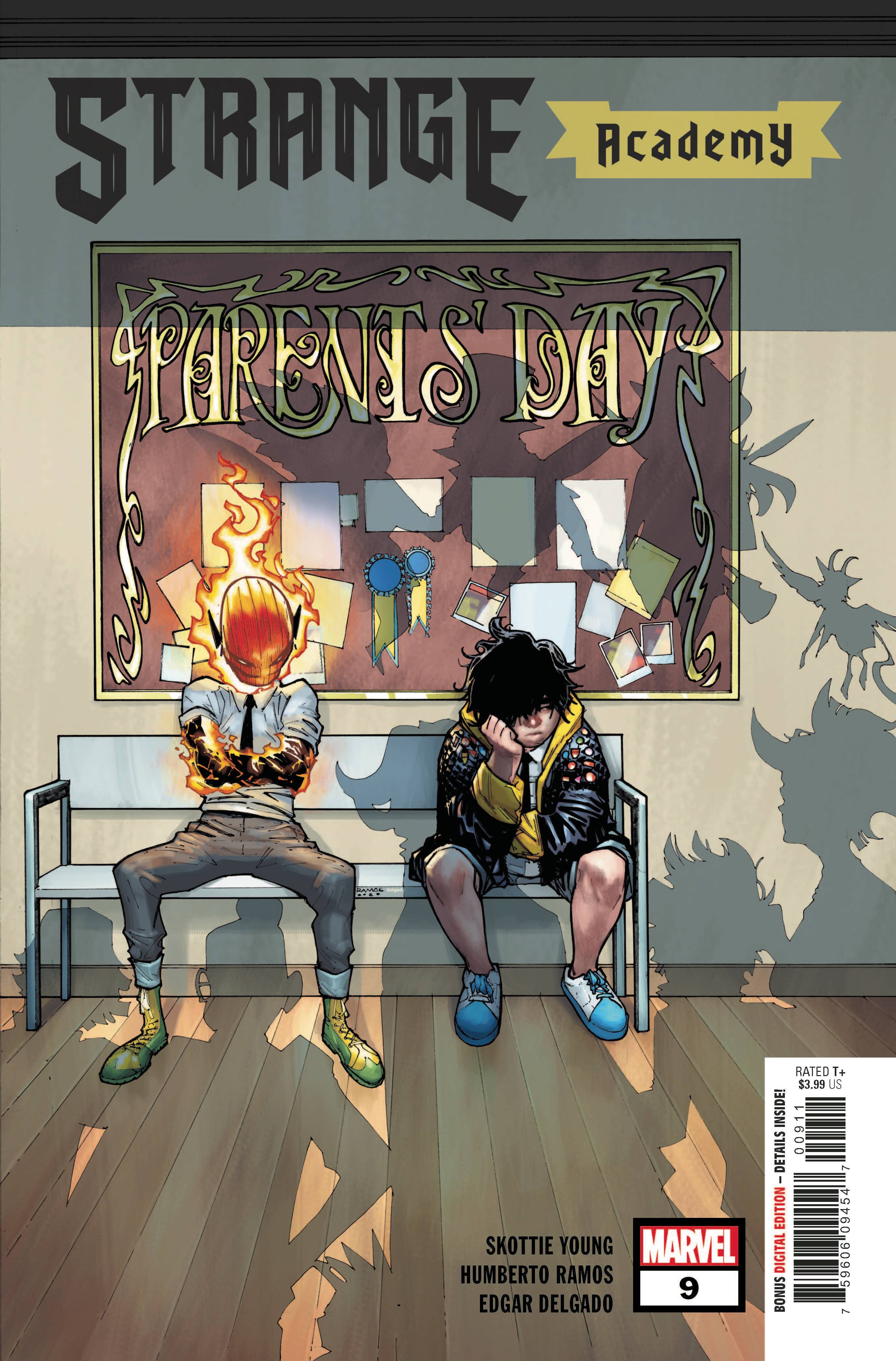 Previously in Strange Academy: Doyle has recently died and come back from the dead. Emily has a darkness that must be kept at bay. And the rest of the students nearly perished in space! There is also a voice that calls out to Emily from the Sanctum Sanctorum basement. So many secrets to uncover, but for now they must appease their parents!

DON’T BE A LONER

Calvin falls asleep and has a nightmare about attacking one of his foster parents. He wakes up suddenly to the Scarlet Witch lecturing him about sleeping in class. It is Parents’ Day, but Doyle and Calvin have no one waiting for them and decides to ditch the event. Meanwhile, Stephen Strange has put together a scavenger hunt and a race called the Parent Trap. This leads to friendly (and aggressive) competition between some of the family members. Meanwhile Doyle and Calvin are off causing mischief but are attacked by the Mindless Ones. We learn their origins. Doyle’s father, Dormammu, took away their minds and they view Doyle the same as his father. When they attack, Calvin unleashes uncontrolled magic and saves them both.

With these characters, sometimes you forget they are students and kids. You get the same phenomena in the X-Men. Then you introduce their parents and realize that they are just children playing silly racing games with their families. This light hearted nature is then contrasted by Calvin’s upbringing and Doyle’s heritage. This is a hard balance to find in a story and I think the creative team did a spectacular job keeping the story upbeat despite the story they are trying to tell. It got very dark when you realize that Calvin is having bad dreams about inflicting violence that he can’t control, and then later loses control of his power. That kind of storyline is not to be taken lightly. Good work from the creative team to tackle these theme with great skill and finesse.

The story works because of the strength of the characters. To balance all these personalities in a way that the audience can keep track of is incredibly difficult. This issue puts that struggle into overdrive by adding the parents to the cast of characters. While we don’t get a deep dive on everyone, we get enough to flesh out the setting without burdening the reading with new information. 4.5 out of 5 for this one from me.

Strange Academy tackles a dark theme and contrasts it with light-hearted fun.