Saoirse, Brahm, and Nan arrived at Ballydoolin to fight against Bronagh, the Water Witch. Will she be able to tap into her Witchmark to defeat her? Find out in The Last Witch #3! 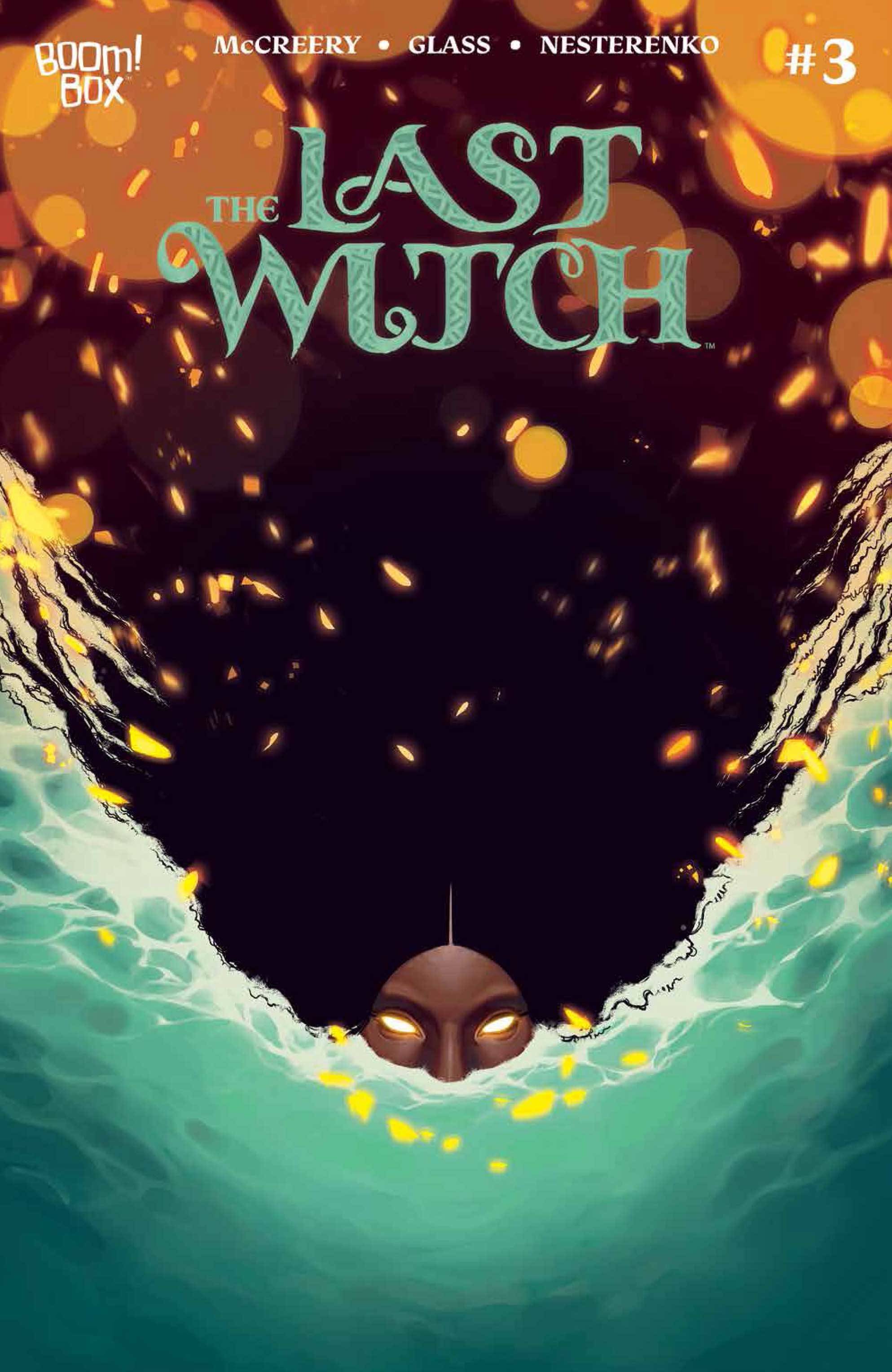 Previously in The Last Witch: Saoirse has the power of the witchmark and an affinity for fire. Now to complete her destiny, she must fight Bronagh, the Water Witch. The witch has a reputation for being ruthless and using her power at a whim to kill and destroy.

Saoirse prepares to fight Bronagh by focusing on her fire affinity, getting a water breathing potion, and allowing Brahm to put on war paint. Saoirse secretly hopes that Bronagh would underestimate her. She promises the villagers of Ballydoolin that she will win and keep the city safe. During the fight, Bronagh was quickly able to overwhelm her and set her to drown while sending her pets to find Nan. However, Saoirse controls the water and pushes herself out. Using her fire abilities, she overpowers Bronagh and her witchmark gets more powerful. The fight caused Ballydoolin to light on fire! Saoirse meets back with Nan and Brahm who were saved by city rats. Before the city burns to the ground, Saoirse creates water to rain down and save Ballydoolin.

The story and battle were exhilarating. Even though I had an educated guess that Saoirse was going to win this fight, there was still a fair bit of tension. The writer set up the premise, the cost of losing, the fight, and the conclusion in a concise way. Even if I knew that Saoirse was going to win, I wondered if what the consequences are going to be. It is one of those few times where the pacing was spot on. I didn’t need any more or any less pages in this book. It had exactly what it needed to tell this story.

There is a theme of power here. Saoirse defeated Bronagh and her witchmark expanded. With that increase of power, she was able to save the village from burning down. This foreshadows Saoirse losing control. Because of how tense the issue was written, I now trust the creative team to be able to tell this story in a captivating way. Great work here.

I know this is part of a larger arc, but this issue felt like it told a complete story within its pages. On top of that, this issue made me want more. I didn’t think I would enjoy this series. The premise isn’t my cup of tea and I am certainly not the target audience. However, this is well written and well crafted. 4.5 out of 5 for this issue.

This issue felt like a complete chapter of a story. Saoirse is a compelling protagonist and the creative team is a master of the narrative arc.