The God of War is fighting the greatest battle he has ever known. But a war against oneself is unwinnable, and what madness is going to come to Kratos. Find out in God of War: Fallen God #1 by Dark Horse Comics! 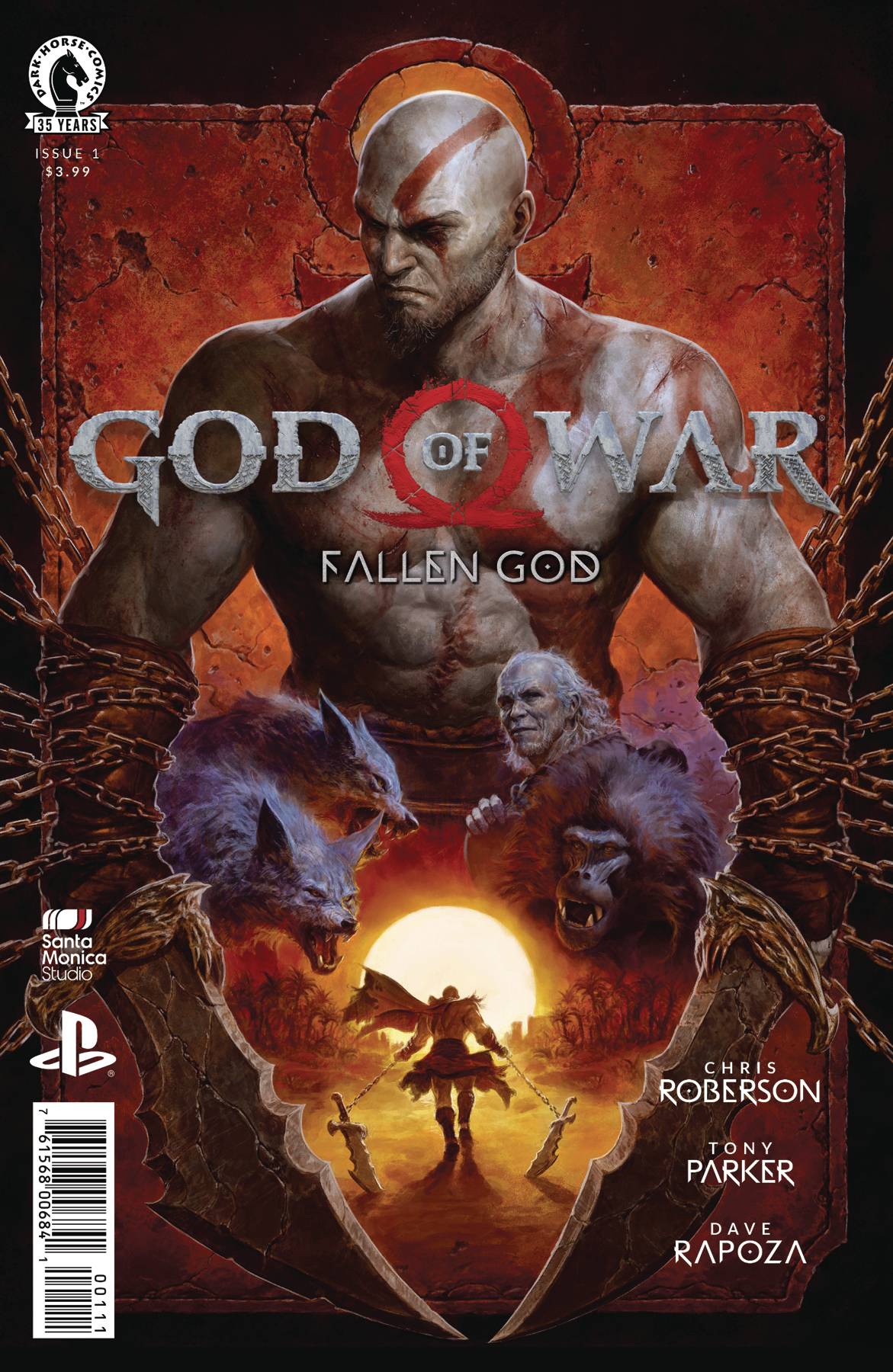 Previously in God of War: An all-new tale that is set in-between the events of God of War III and the 2018 God of War! Kratos has conquered Zeus and thwarted Athena and is free from his bondage. He has set sail for the desert in an attempt to distance himself from his home. However, he cannot run from his own rage and guilt.

Kratos is a lost creature wondering the earth. He is unable to sleep due to nightmares and he forces himself to stay awake through pain. But as time passes, he has to inflict more pain on himself to keep awake. In his exhaustion, he begins to hallucinate that the animals around him were telling him to embrace his destiny. The issue ends with Kratos falling over in exhaustion.

This was an incredibly fast read. The pictures are simple, and the words are minimal. You go through the pages at a quick pace. Before I knew it, I read through the book twice in the time it would normally take me to do my first readthrough of a comic. With that all being said, you probably could have done these sequence of events in 7-8 pages and then moved the story to the next act. Which is disappointing. I wanted more and felt I was getting crumbles of a plot. I think the biggest issue was the lack of tension. We are supposed to feel tense about Kratos battle to stay awake but the tension didn’t translate to me.

It is extremely hard to transport a video game with all the visual and storytelling elements and bring it to the simplicity of a comic book. That, and you have to keep it in canon with the entire series. However, this book felt like it chose to do nothing.

BOTTOM LINE: THIS ISSUE DIDN’T DO MUCH

Maybe I am missing the big picture here, but this story felt like it had very little content in it. The art was solid but simple and the story repeated the same sequence of events over and over again. I think the best part of the story was the diverse scenes that the artist drew. While the plot staggered, the setting did not. 2.5 out of 5 stars for this one from me.

The book had the opportunity to take a beloved video game character and do cool and new things, but choose to Kratos staggering alone without direction or plot.