By Christopher Rondeau on March 9, 2021 0 Comments

Mad Cave brings us a new interpretation of Robin Hood and the Merry Men! The Sheriff of Nottingham is hunting down a serial killer while also investigating a man known as “Hood”. Check out in Nottingham #1 by Mad Cave Studios! 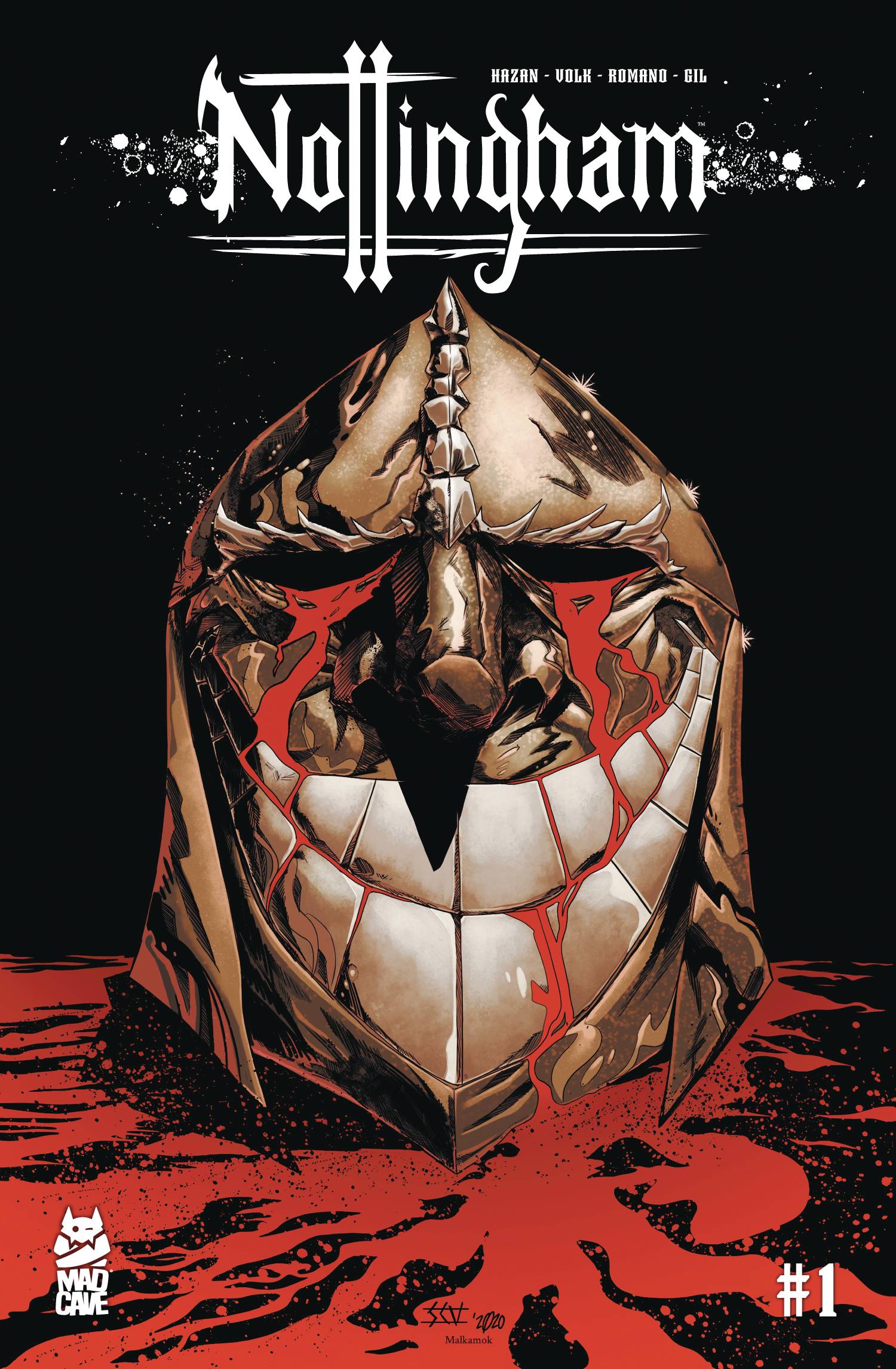 Previously in Nottingham: In a twisted medieval noir, the Sheriff of Nottingham is looking into a series of killings. His investigations make him a target. And what is going on about the Merry Men wondering around Sherwood Forest?

NOT YOUR NORMAL FAIRY TAIL

There have been murders around Locksley, Edwinstowe, Nottingham, and Sherwood Forest. The Sheriff is investigating the most recent death. A tax collector was murdered, and they found red hair around the crime scene. Sheriff Blackthorne immediately suspects Lady Marian and approaches her privately. However, Lady Marian suggested that the new driver killed the tax collector, as the driver had red hair. Blackthorne then proceeds to go on a witch hunt and questions anyone who has red hair about the killings. Eventually, he finds the guilty party and tries to torture him for information. Meanwhile, Lady Marian meets with a surprising person to see what they can do about their latest weakest link.

No longer are we watching the men in tights, rather we are seeing a serial killer with a Guy Fawkes’ mask killing all sorts of people. We mostly take the point of view of the Sheriff of Nottingham who is normally a villain. In this story, he doesn’t seem like a character we want to root for at all. Without a likeable character, I have no investment in the plot. Which isn’t a bad thing, but I lose that emotional connection. Right now, what is keeping me interested is the new interpretation of the setting and the mystery of what is going on.

I do have to say the art is very enticing. The limbs of the characters seem elongated in some panels. This gives a more monstrous look to some of the characters, further dehumanizing them. It was an interest design choice and one I think fits the tone of the story.

This was enjoyable. While I wasn’t emotionally connected to the story, my curiosity is piqued. However, I’m unsure if I am going to be committed to the long haul without knowing who to root for. 4 out of 5 for this one. Looking forward to the next issue!

This book brings us an exciting new title that gives us a unique interpretation of Robin Hood and his Merry Men.