By Christopher Rondeau on March 4, 2021 0 Comments

What if we took Marvel’s heroes and villains and put them into a different setting! Demon Days: X-Men #1 by Marvel Comics explores what heroes in feudal Japan look like. Check out the Major Spoilers Review here! 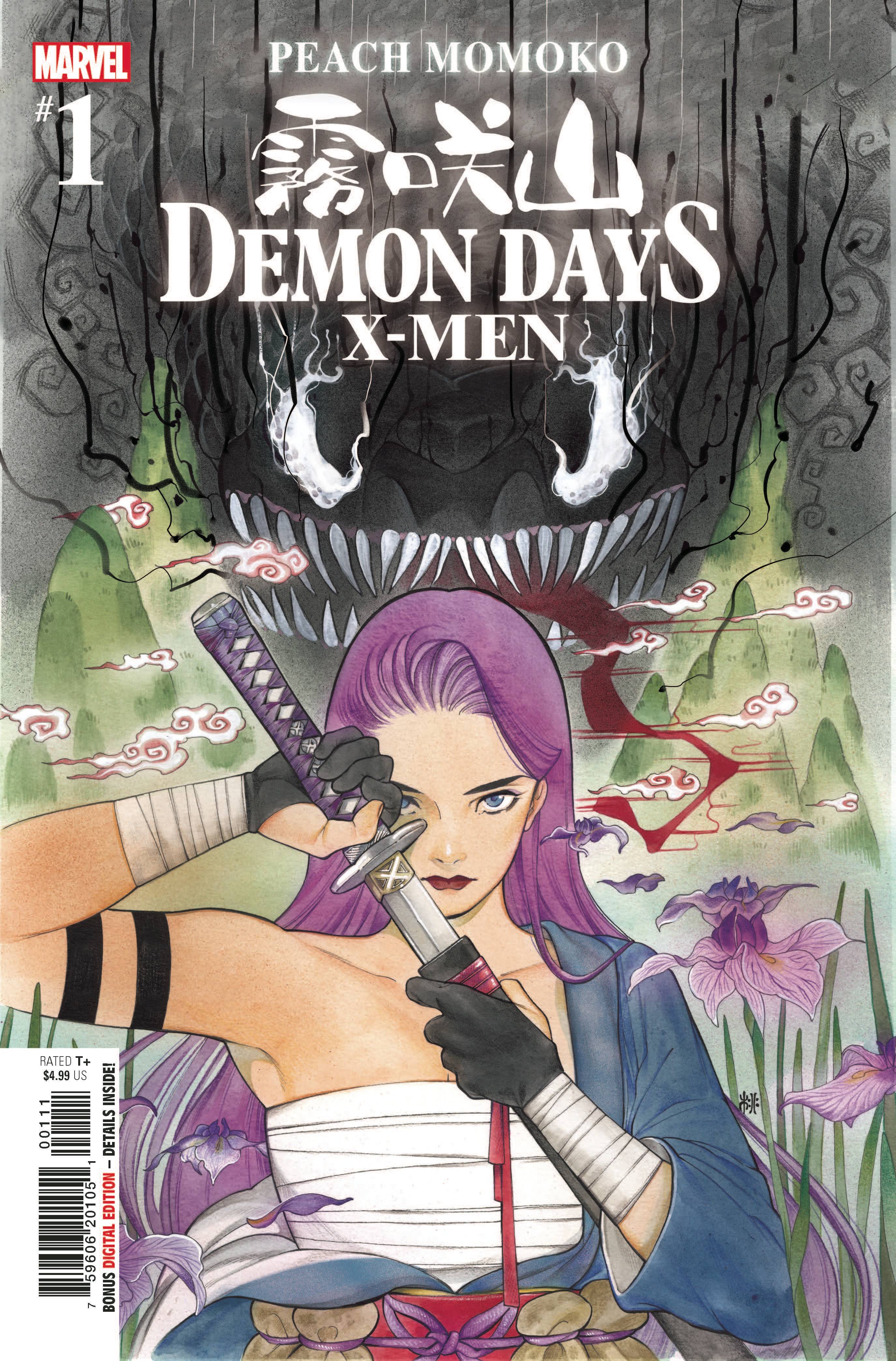 Previously in Demon Days: Peach Momoko brings us a new idea. She gives us a story with characters that strike similar to the mainstream heroes but in fantasy Japan. Come check out this new quarterly story that follows a wandering swordsman with psychic blades.

Once upon a time, Yokai and humans lived in peace together, but as humans began to expand their territory, they destroyed the land. This tension caused humans and spirits to become enemies. Tsuki and her village is hiding from an Oni raiding her village, but the Oni never seems to kill or destroy any buildings. It just takes their food and crops. When traveling swordsman Sai comes in to help, she offers her services for a place to rest. The village is then attacked by a giant snake spirit called Venom who has taken over a building. Sai and the village come up with a plan, they want to extend a hand to the Oni and request aid from a sorcerer to fight the creature. Together with Sai and her pet wolf Logan, they defeat this snake. We cut to present time, and Logan is still alive.

The premise of the story is really solid. I found myself a little sidetracked though by the striking similarities of the characters. The Oni they fought was called Hulkmaru and the wolf companion, Logan, had a high regeneration trait. It was supposed to be a gimmick but it kind of was distracted to the main plot. It felt a little forced into the story. Maybe that was required by the publisher, but I think Peach could have told a better story without any of the fluff.

Additionally, the story is mildly about bringing unity between humans and the spirits. When we introduce Hulk as the Oni, we kind of lose that theme a bit because our mind then goes to the idea of modern Hulk. When we hear “Hulkmaru Smash” we are taken out of the setting. Sai was the best character, because I think she is based on Psylocke. Her character design and approach are different enough that we can disassociate modern comics from the character idea.

This is a great idea and I think that it could very well pay off. But I don’t think this issue showed us its true potential. I’m optimistic for the series and I love the art style. I’ll call this a 3.5 out of 5. Looking forward to the next issue.

Demon Days takes a new idea and an unique artistly and applies it to Marvel characters. Most of the ideas worked, some of them didn't, but I think this is set to be a solid series.