By Christopher Rondeau on February 25, 2021 0 Comments

Felicia Hardy has completed her heist; to steal Doctor Strange from Knull! However, she is still in major danger and has used a piece of Yggdrasil to become an Asgardian! Find out what happens in Black Cat #3 by Marvel Comics! 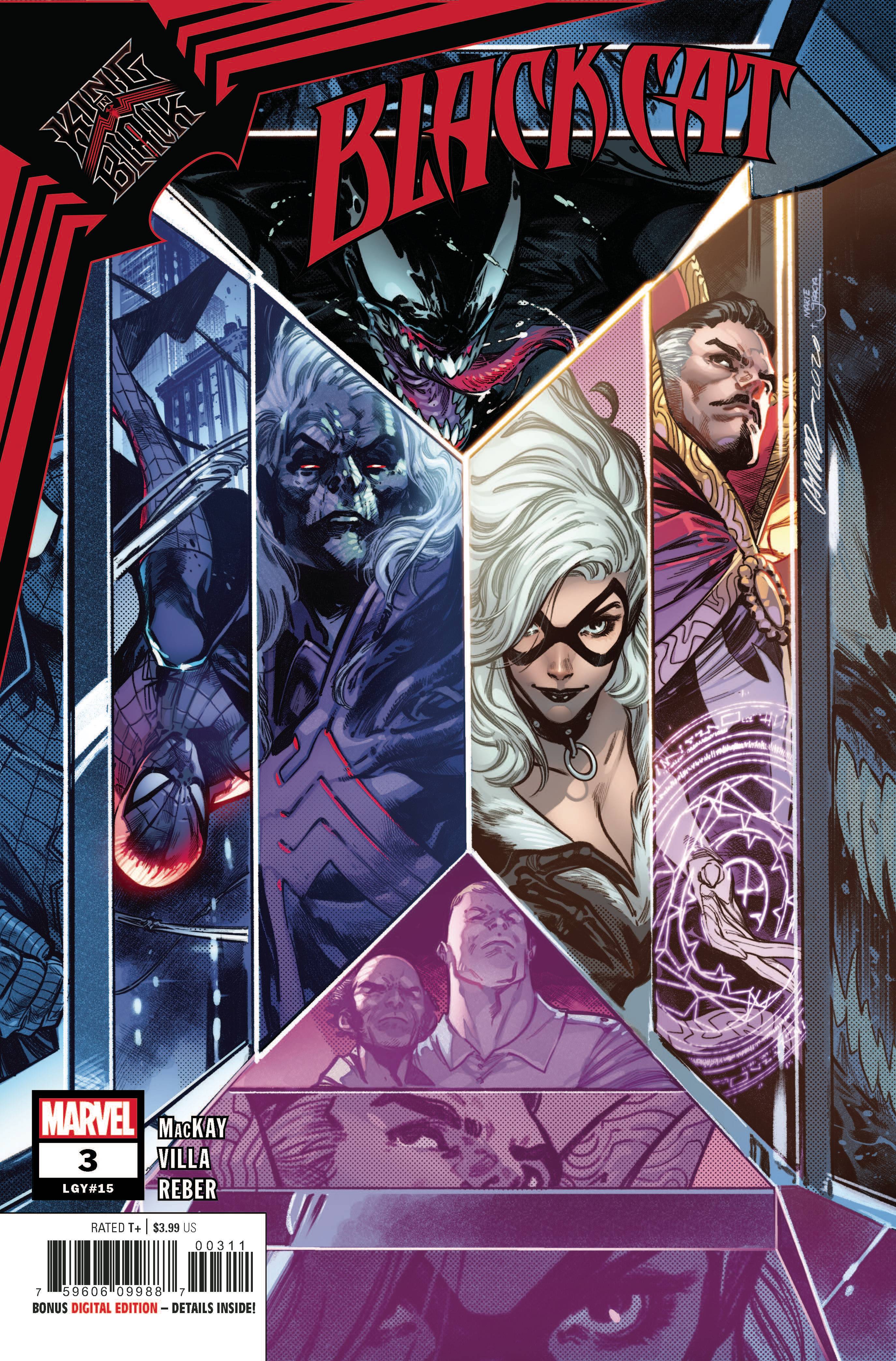 Previously in Black Cat: Felicia Hardy has a bone to pick with the King in Black. She has picked a heist. Steal Doctor Strange back and in turn have him save the world. Gathering her team, she gets a suit that can resist the symbiote for a brief period and rescues Doctor Strange. But as she is running away, she is chased by symbiote dragons! She then takes a piece of an Yggdrasil staff and becomes an Asgardian.

Felicia Hardy now has the power of an Asgardian, but she enters a mind space where she interacts with Black Fox. Fox in reality is just a representation of old magic and he is trying to persuade Black Cat to try and give in to her desire for power. He uses her memories to remind her of times that she has been powerless and shows the relationships she failed at. And all she must do is succumb to the temptation of magic and everything will be fixed. But this old magic made an error. Felicia will never try to force someone to love her, and she returns back to her normal form.

Meanwhile, Doctor Strange wakes up and sees Asgardian Felicia fighting. He tells the crew that it is up to her to overcome the magic. After she returns back to her normal form, Stephen Strange teleports her crew away and prepares to fight side by side with The Black Cat.

The trope of the honorable thief is a concept that is still very interesting to me. Stories that show multiple sides of morality is incredibly engaging in any form of media. That is what Black Cat represents in the Marvel Universe. A character who wants money and power but always has a line that they cannot cross. That is incredibly relatable to people who often think about legality verses morality. This issue takes that concept into overdrive because Felicia could have had the power to do whatever she wanted but she will not take away people’s free will. That was the line she couldn’t cross, and it was great to see on the comic page.

Black Cat is one of my favorite characters because I enjoy the heist type stories. This idea of a team coming together to try and do something that is near impossible. Black Cat takes this idea but still allows her to be an engaging protagonist. This is a 4 out of 5 for me and this is my favorite book in the King in Black event!

Black Cat has to make the choice between power or doing the right thing. The creative team did an excellent job portraying that struggle.