By Christopher Rondeau on February 20, 2021 0 Comments

Teenage heartthrob, Kevin Sauvage, grew up on an uncharted island. Now that he is back in England, he is an internet sensation! Find out more in Savage #1 by Valiant Entertainment! 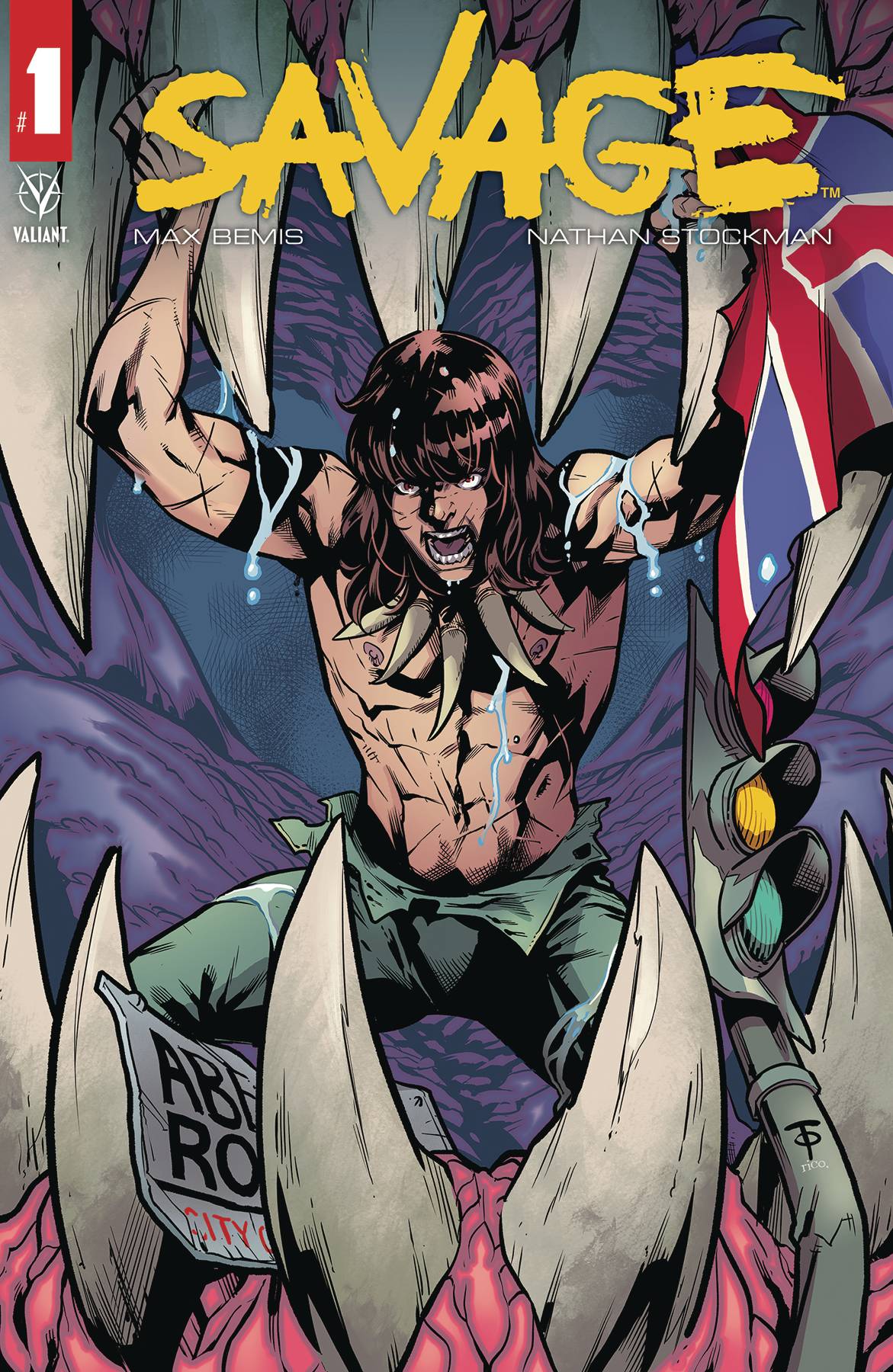 Previously in Savage: Child of a wealthy couple, Sauvage was born into luxury until his plane crash landed into a mysterious island. He then spent his childhood fighting dinosaurs and other prehistoric creatures. Now he is back in England and must deal not only with returning to society, but a newfound fame.

The comic starts with Savage in an interview, but his social abilities aren’t compatible to be an engaging role model. As he runs across buildings to burn off steam, the city is under attack by dinosaurs! Luckily, Savage has the exact skill set for that and goes off to fight them off. Savage is vastly outnumbered and there are people he needs to save. Luckily, he has a will to fight till the bitter end and finds himself victorious. As soon as he catches his breath, he is captured by a group for something called Project Bizarre.

This story feels familiar. Rich kid has a plane crash and then becomes some sort of hero? Yeah, we have heard that before. In fact, I think the problem is that the story doesn’t provide any new ideas. The story is well written with good art, but it didn’t give me any substance. That and the character felt very one-dimensional in this issue. His inner monologue said that he is reminded of the island he spent his childhood. Yet, we don’t see him genuinely trying to fit in or acknowledging his own place in society, only that he just wants to leave. Then instead of trying to get him to learn a lesson, he is instead thrown back to his primal nature which feels like a missed opportunity. With that being said, the story is well written and well-drawn, I just feel like it needed a little more to take it to the next level.

The story feels like it is designed for a younger audience but feels a little too gory to give to a child. I don’t know, maybe middle school is the target age? This is a 3.5 out of 5 for me. Not a bad story but it didn’t have the depth I wanted.

Savage tells a story of a young kid trying to adjust to society. Sadly, I don’t think the creative team went into the depth they could have.