War is on the doorstep and Maika is at the epicenter. Not only must Maika and her friends fight their enemies, but they must fight the political battles within their own allies. Find out more in Monstress #31 by Image Comics! 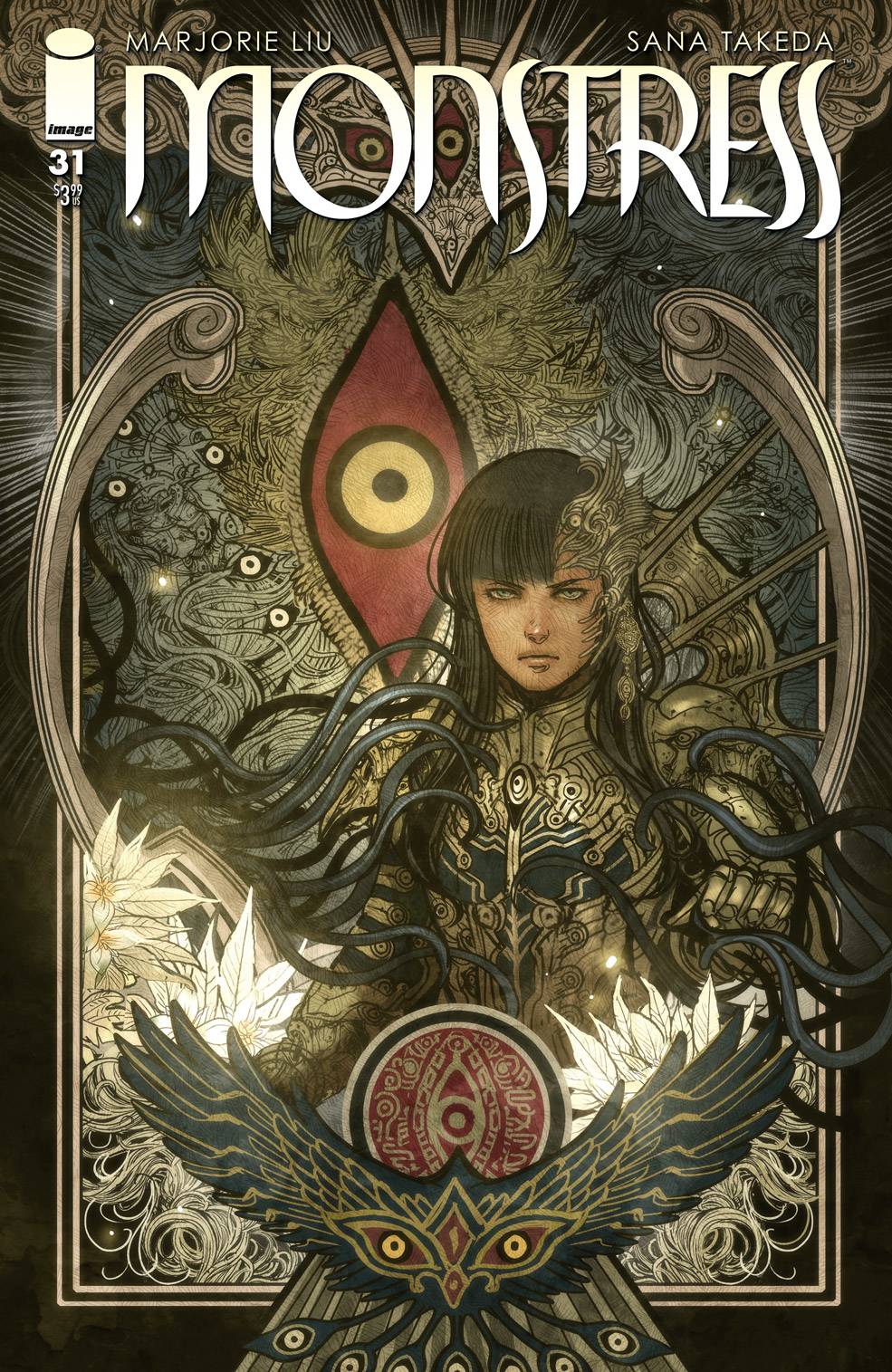 Previously in Monstress: The Federation of Man and the Arcanic Court are at war with each other. After an explosion in the Cumaean City of Aurum, the Federation of Man charged the City of Ravenna with Cumaean witches sneaking inside. Maika was able to stop the invasion but is still dealing with the primordial Monstrum that is within her body and always fighting for control.

Maika dreams about her father, which proves that not even her rest is not safe from his presence and he can get into her mind easily. Meanwhile, the Arcanic Court tries to figure out what to do. They speculate wiping out the Cumera religion which leads to a moral argument between the courts. In the Federation city of Aurum, there is a box protected by a shield and the Federation are trying to break through to see what is inside.

Maika learns that the Warlord of the Dawn Court are planning to spend a lot of their resources to destroy a forest that is supposedly hiding the Federation Army. Once Maika realizes that she doesn’t have power to change anything here, she opts to leave with Kippa and head to Pontus. Meanwhile, Tuya and the Warlord are in a heated argument about their loyalty to each other. Their argument ends with them both in bed with each other. During their activities, Tuya sees Maika watching with a look of sadness on her face.

A LITTLE CLOSE TO HOME

Well, I’m going to begin by saying that there is a lot here. There is a lot of names and characters that are playing an intricate part. If you haven’t read Monstress, most of my initial summary likely makes no sense. The key points are that Maika is a main character who has a monster inside of her and the war that is going around her is because of who or what she is. The biggest issue is that not all the characters are aware that they are being manipulated, so you see a lot of fingers being pointed at different people. This causes confusion for the reader who may be picking up this issue for the first time.

The art is beautiful. It looks like the art is painted on and has the elements of traditional artforms rather than digital illustration. Every scene has incredible detail but what caught my attention was the facial expression of Tuya and Maika when Maika sees the lovemaking. The shock on Tuya’s face and the sad but accepting facial expression on Maika. Incredible work here.

There is so much tension in this story. Between Maika’s relationship with Tuya to the idea of murder based on a religion; the themes are tough. This isn’t meant to be a short form comic that has one villain for an arc and then you move on. This is meant to be read from the beginning. I recommend the series, but I do not recommend picking up this issue without a little bit of research. With that being said, Monstress is an easy 5 out of 5 for me. This is everything I want in not just a comic book but a story. I want a setting that is inspired by other cultures. I want characters that continuously must grow and have difficult dynamics for them to go through. Looking forward to next issue.

Monstress has a complex set of characters that have to make difficult decisions. It is fascinating seeing them try to make the right one.