After the death of his son, Lawrence Miller goes on a quest to help his son’s soul. Check out his quest in The Shepherd #1 by Scout Comics! 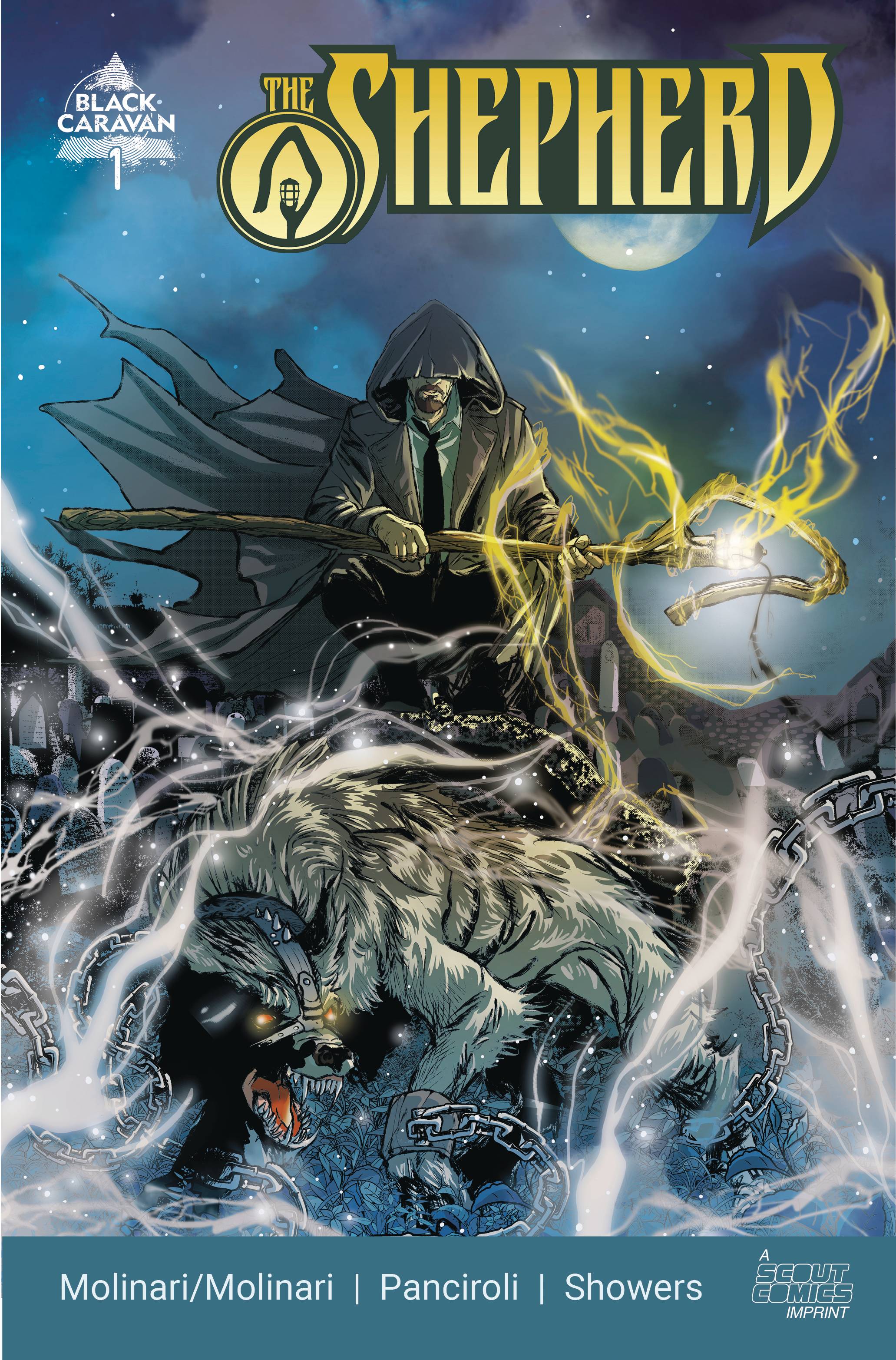 Previously in The Shepherd: Come check out this new comic from the Black Caravan imprint. Professor Lawrence Miller is a teacher of theology. After a tragedy, he found himself guiding souls in the afterlife to their rightful place.

The issue starts off with a thrilling hook as Lawrence helps a soul being tricked by Anubis and Ammit. He runs in, realizing that these are false gods as Anubis calls Ammit male when Ammit is actually female. After a quick battle, Lawrence helps the soul deal with her trauma and head to the right place.

After the fight, we get a flashback to how Lawrence got to this moment. He was a university professor with a wife and family. One of his children, Val, is planning to head to a movie. However, when Lawrence got back from work that evening, he is approached by police who tell him that his kid overdosed on meth. After he goes to the funeral, he has a sense that his son is lost and resolves to try and do something about it.

A LITTLE CLOSE TO HOME

It is interesting that I found myself connecting to Lawrence. I’m a father who is trying to get into a PhD program. It was easy for me to get into his despair of always focusing on his academic career and not being there for his son. Not that it is necessarily his own fault that his son overdosed in the first place, but he blames himself for not being present. This leads to a great theme of guilt in the story. Guilt is a powerful motivator, and we get to see how he processes his grief.

On top of the interesting character, the premise is also engaging. The idea of what happens with the soul is a question I have certainly asked about. And then they take this deep question and place it in the perspective of a theologian. Is this story going to have a crisis of faith? How will it address those issues? That is an incredible concept to explore, and I am excited for it.

This is a solid first issue. It sets up a good action scene and then goes back to explain the origin story. The writing is engaging, and the art complements the tone of the story. I think this is an easy 4.5 out of 5 for this book. I’m excited to see what the creative team comes up with and I hope they can keep up the momentum.

Lawrence is a complicated character that deals with guilt and grief. These two things plus the emphasis on afterlife myths ensures a good story.