Bruce Banner has declared himself the new ruler of Dystopia. But now his sights are on the rest of the world. Find out Hulk’s next target in Maestro: War and Pax #1 by Marvel Comics! 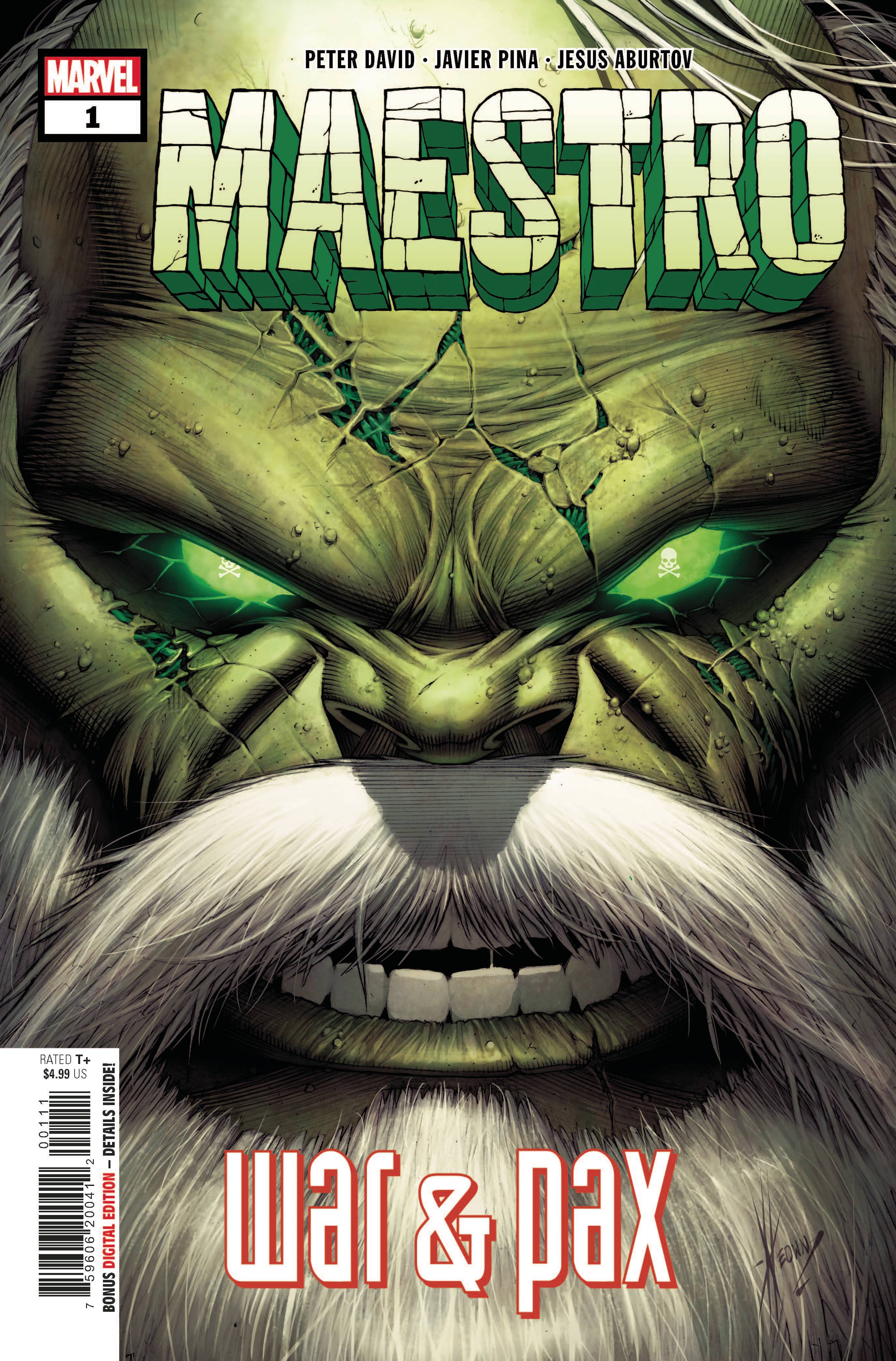 Previously in Maestro: Humanity has destroyed itself through war. Luckily, there are some survivors that live in the new wasteland. Bruce Banner is one such survivor and, in his anger, he has dethroned Hercules and taken over the city of Dystopia. Now that he has power, will he be satisfied?

Hulk’s next target is the Stalkers who govern Connecticut. After negotiations involved Hulk’s emissary dead, he sent his Dogs of War to them. It was a massacre. This prompts Hulk to start the Post-Apocalyptic Existence movement, or Pax. His sets his sight on Washington D.C. where Machine Man, or Aaron Stack, leads a small outpost. After Hulk sends a representative, Machine Man starts Operation Egress as Maestro’s army approaches. Maestro fight his way in and engages with Aaron. However, it was all a diversion. This Machine Man was just a bomb and the rest of the outpost was on an airplane escaping.

Meanwhile, the Pantheon hears about Bruce’s rampage. As people like Ulysses, Delphi, and Atalanta figure out what they want to do they get an unexpected guest: the infamous Doctor Doom.

The issue started off very strong. The “prologue” section of Maestro taking out the Stalkers was terrifying. Especially when they had to deal with the noncombatants. It was saddening and shocked that the book went to that place. We hit that high and the rest of the book didn’t live up to that moment. The fight in Washington D.C. felt like a repeat of the previous story arc.

Seeing Bruce Banner descend to the evil tyrant Maestro was incredibly engaging. But now that he is established as evil, he is no longer an engaging protagonist. This book is going to lose its charm. The writers are going to have to work to figure out a new theme that could keep the reader entertained. My opinion is that Doctor Doom is going to have to be a compelling foil to Hulk. That could be the saving grace of the series.

BOTTOM LINE: THE STORY FALLS OFF

Maestro’s first arc was very well written and showed us how Hulk could change from hero to villain. Now that he is a villain, this series has nowhere else to go. I as a reader don’t want to see a stagnant Hulk character and he needs character development one way or another. 2.5 out of 5 stars from me. I’ll check out the next issue to see if it is decent and picks up, but this wasn’t a great start.

Maestro’s second arc had a strong start but couldn’t keep up the pace in the second half of the issue.