Felicia Hardy has her eyes on a new target. Her heist is to steal Doctor Strange himself from the grasp of Knull. Find out if Felicia can fight against the King in Black in Black Cat #2 by Marvel Comics! 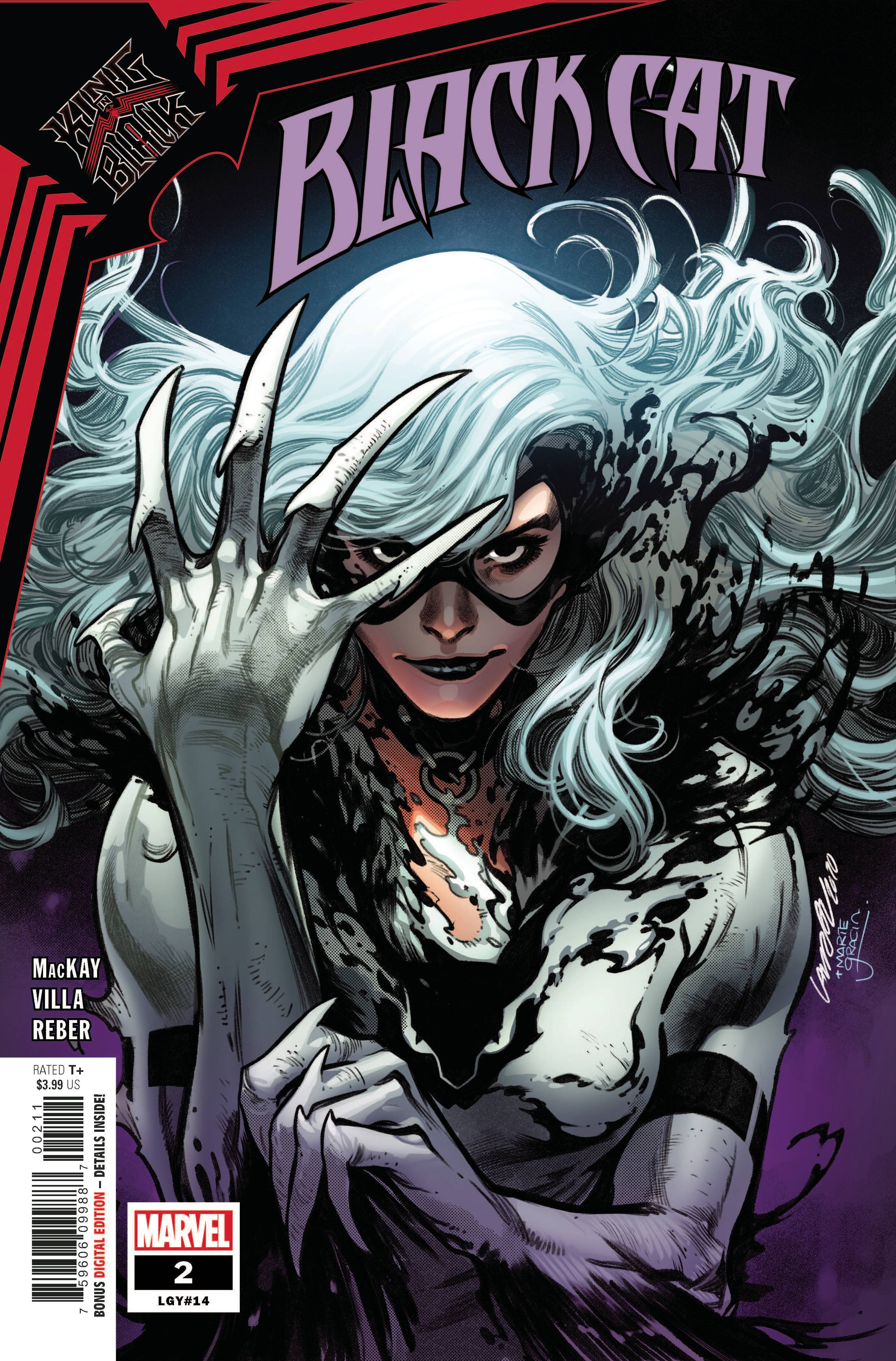 Previously in Black Cat: Knull, the God of the Symbiotes, has arrived on Earth with an army of symbiote Dragons. While Felicia was in the middle of a high-octane heist, Knull attacked. Earth Mightiest Heroes came out to fight but were quickly overwhelmed. During that initial fight Doctor Strange became imprisoned by Knull and placed in a symbiotic goo. The Black Cat gathers her crew and arrives in Alchemax to meet with Doctor Steve to come up with a heist.

Hardy comes up with a daring plan. Doctor Steve has an anti-venom suit that can deploy for a few minutes and protect her from getting infected. Additionally, they call upon Bats, the Ghost Dog, to help lead the way to Doctor Strange. With Bruno driving and Doctor Korpse creating explosive, what could go wrong?

The plan works well, and they recover an unconscious Doctor Strange. However, they are now on the run from an army of symbiotes. Without Doctor Strange, they are stuck running without any magical aid. Felicia decides to take a huge risk and takes a wand from Doctor Strange. When she uses it, she transforms into an Asgardian!

Black Cat has had an interesting issue. A lot happens here. We learn about the Anti-Venom suit, a ghost-dog, and somehow Felicia has an old Green Goblin Glider. She also gets two costume changes via the anti-venom outfit and her Asgardian form. This issue was eye candy for different ideas, and you cannot help but wonder if the creative team is trying to do too much. We get a glimpse of an idea and then quickly a glimpse of another one. Which works in the short term to keep up interest, but their lacks direction of what concept will be explored in later issues.

The depth we do get is Felicia line between thief and hero that she always follows. It is fascinating to watch her deal with that here and is exceptionally interesting consider she is leading a crew that likely just want to make a profit. Right now, Felicia is full on hero mode while using her thief skill set. I am curious to see how this will be explored now that she has literal magic powers.

Despite some of my reservations about pacing and how many ideas are presented, this issue was particularly good. Black Cat is a vivid character, and I am always down for a heist story. A heist features a great cast of characters with different skill sets and this series highlights just that. 4 out of 5 stars for Black Cat #2!