David Proton, a newly unemployed accountant, takes on a new job for the postal service. What he didn’t expect was the violent free-for-all that comes with intergalactic delivery! Check it out in Space Bastards #1 by Humanoids Inc! 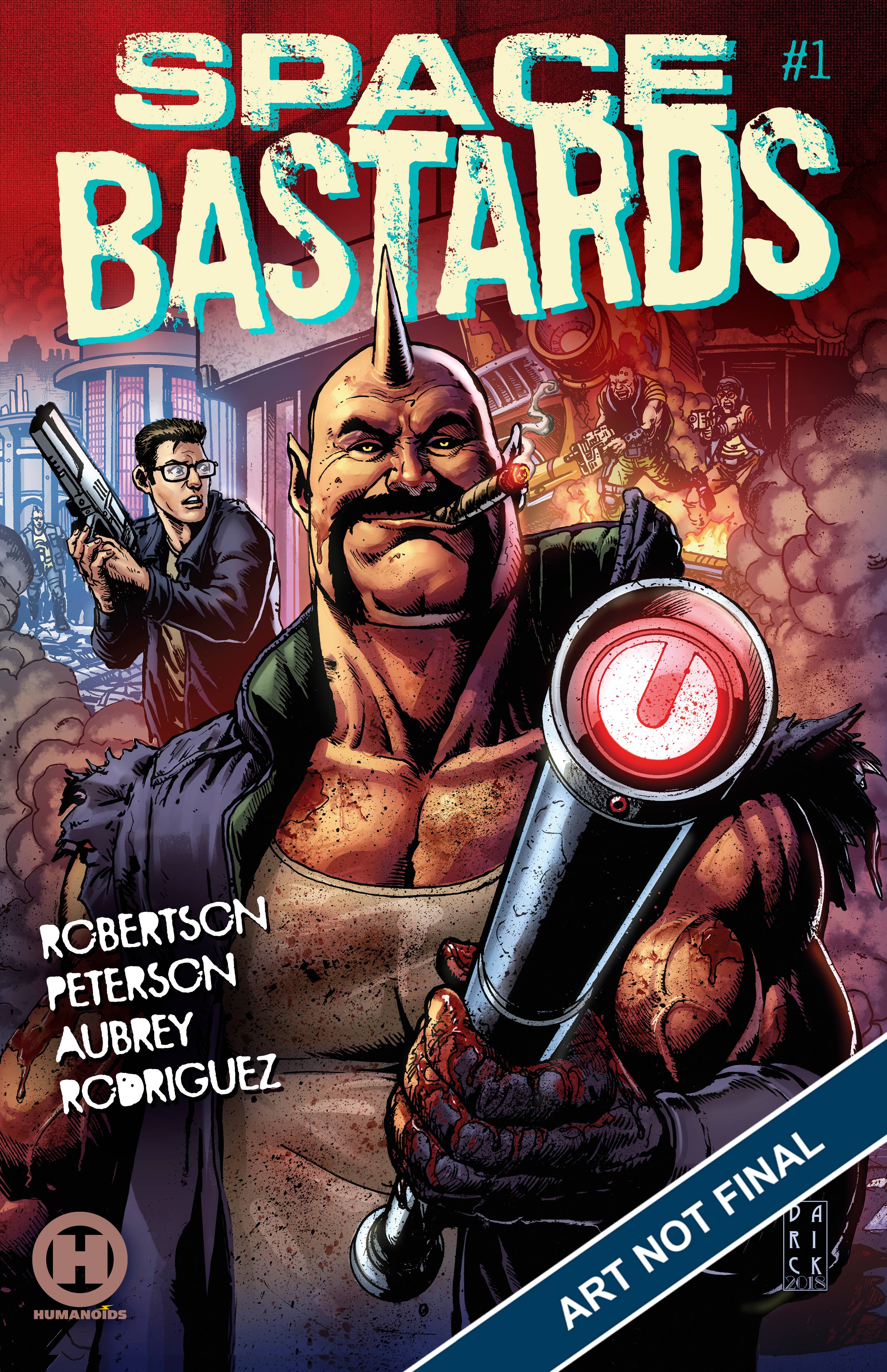 Previously in Space Bastards: Come check out a new series featuring a world where the most dangerous job is delivery packages! The only way to get paid is to be the final person to deliver the package, who cares about who takes the job in the first place! Every time a package changes hands, the fees go up and thus the pay. This makes each delivery comically dangerous to the people trying to make ends meet.

David is a recent unemployed accountant who doesn’t have much backup funds. After seeing an ad on television, he opts to become part of the postal service. After orientation, he must shadow Manny Corns, a man who thrives on competition. Manny takes him to the Manicorn spaceship and explains how to get a lot of money and the dangerous aspects of the job. After picking up a high-profile package, David is quickly injured in the ensuing fight but follows Manny Corns to finish the job. After arming himself with Manny’s weapon, he prepares for another blood bath. Except this time, he is ready, and he betrays Manny to deliver the package and gets the reward.

Throughout this introduction issue, we get bits and pieces of information about the setting itself. It seems like there is a relationship between the government/law enforcement and the postal service. Without government turning a blind eye, these violent fights couldn’t happen. Meaning there is information here that could lead to an overarching storyline. Which is good. Not only do we get this comedic action and a protagonist that has what it takes to survive in this odd industry, but something that the creators can explore.

This story is fun and gruesome. If you like over the top action sequences, then this may be an enjoyable book to pick up and check out. The art is good and detailed, and the writers set up the exposition smartly. There is a slight prologue section that is very well done and I usually hate prologues in comics because it delays the introduction of the main characters. If the writers keep up the momentum, I think the premise could have the staying power for a long series.

I thought this issue was going to be something I hated but the solicitation got my attention, and it proved to be skillful writing. Space Bastards takes a comedic idea and presents it in a way that has meaning. We see David’s desperation and his transformation into a dangerous protagonist. I am optimistic for the series, and I hope it can retain my attention. 4 out of 5 stars for this one.

Space Bastards takes a comedic violent concept and uses it to tell an engaging story that has the potential to be a long-lasting series.