The Glass Family have gone their separate ways to cope with manifested magic of the twins. Will they be able to find the truth behind the powers of Rana and Griffon? Find out in Dryad #8 by Oni-Lion Forge Publishing! 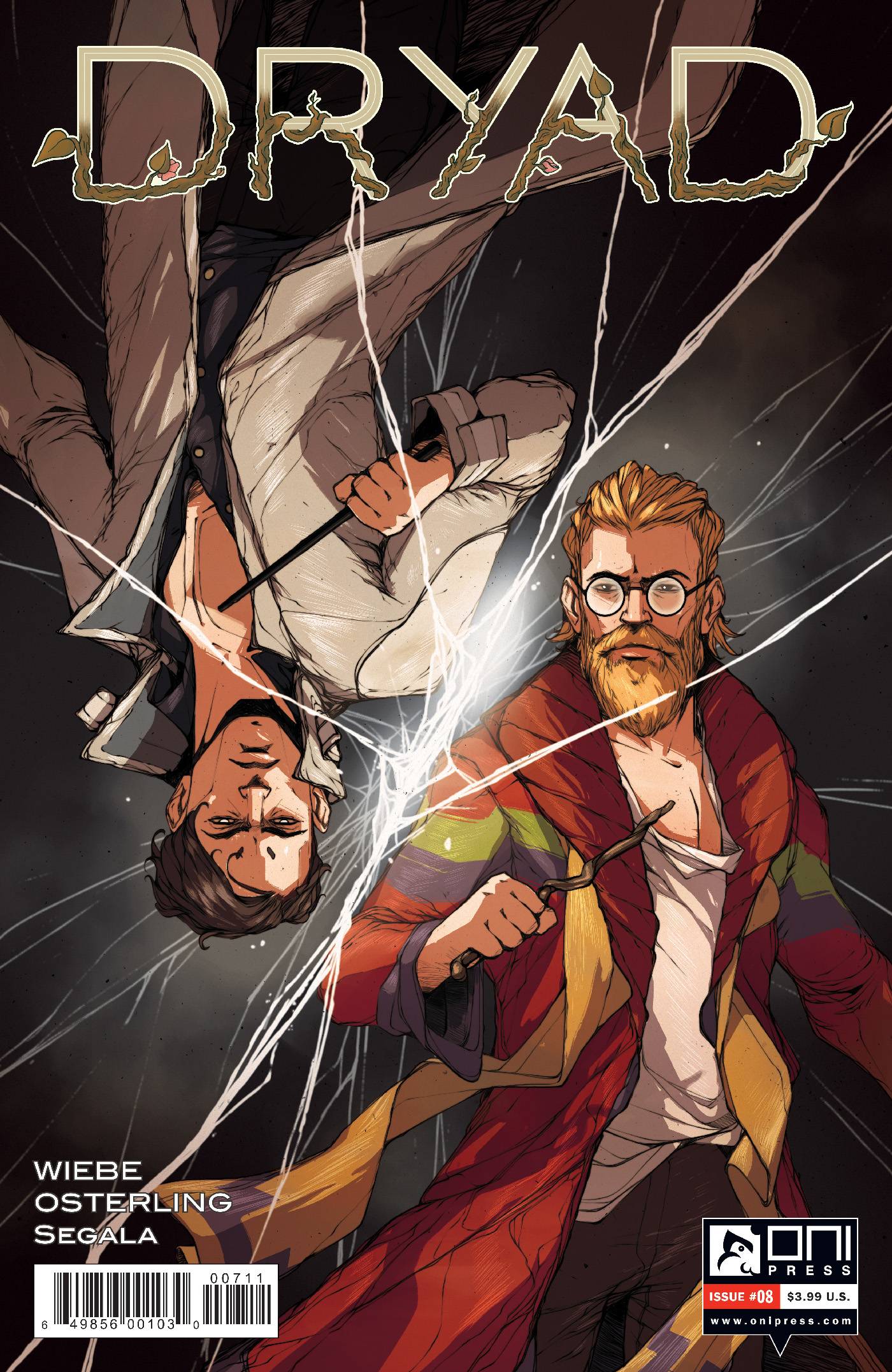 Previously in Dryad: Yale has gone to meet his brother to see if he can help figure out what his dad is up too and why he wanted the twins. Morgan is out trying to find a target of Muse to see if she can forcibly take that same information. The twins though, are out for their first night on the town as they try to cope with their new magical nature. However, all four members of the Glass family are running a thin line between cautious and recklessness as they search for the answers of the Twins’ powers.

COPING IN THEIR OWN WAY

Morgan, Creston, and Val move forward to pick a target outside the city. However, it seems that Creston is actually behind a lot of the terrorist attacks against Muse. As they approach their target, Creston goes MIA, while Morgan and Val are attacked before they could make their move. Rana and Griffon are out in the town with some of the people their age and they reveal that they are magical. Drunk, they come up with a bad idea to attack and destroy a Muse building. However, Yale’s dad realizes that the attack must be magical and searches for the kids to talk to them.

Yale meets with his brother Lou who has tried to commit suicide after Yale faked his death. The problem is that their father has continued to rebuild Lou since he still had uses. Both realize that they don’t want to work with their dad and Lou reveals what he knows. The twins were there as a tool to bring back magic and Lou is working against their dad to bring back magic the right way.

I have reached a point in the story where there are too many plotlines going on for me to keep track of. The fascination of magic meets science fiction has ended and now I am just looking at the plot and themes. The theme of family is great and strong in the series but in this issue, everyone is separated from each other. That, and now each character has their own set of side-characters to keep track of. I’ll be honest, I don’t even know the names of the characters that the twins are hanging out with. Granted, I’m not 100% sure that they were ever named, but I don’t have much understanding of their role in the plot. As we begin to introduce more characters, we take away the chance to explore the family dynamics of our protagonist and therefore losing the comic series strongest asset.

I do want to say that Lou is an interesting character. The idea of him having to be rebuilt because his brother faked his death is fascinating. However, I think I missed the emphasis on why Lou wanted to bring back magic the first read. Bringing back magic would make Lou more like Yale but that is never explicitly explained. If a reader doesn’t get that concept, then all the Yale, Lou scenes feels like a waste of time.

BOTTOM LINE: NOT THE STRONGEST ISSUE

Dryad is a good series with a lot of good ideas. But this issue did not show those strengths. I appreciate a fair amount of subtlety in the writing, but I think that everything was so fast paced we couldn’t discover the true themes. Part of that has to deal with the fact that we were jumping point of views a lot. When you get a few Yale pages, then head to Morgan, then to the twins, and finally back to Yale you forget the hints that the writer presented. This is a 3.5 out of 5 for me. The story is strong, but this particular issue didn’t work for my tastes.

Dryad's strongest asset is one of family. Unfortunately, the family unit has gone their separate ways this issue.