By Christopher Rondeau on January 3, 2021 0 Comments

Robyn Hood has been approached by Marian Quin to go on her next mission. To save Marian’s wife after they banished her across the multiverse! Find out more in Robyn Hood 2020 Annual by Zenescope Entertainment. 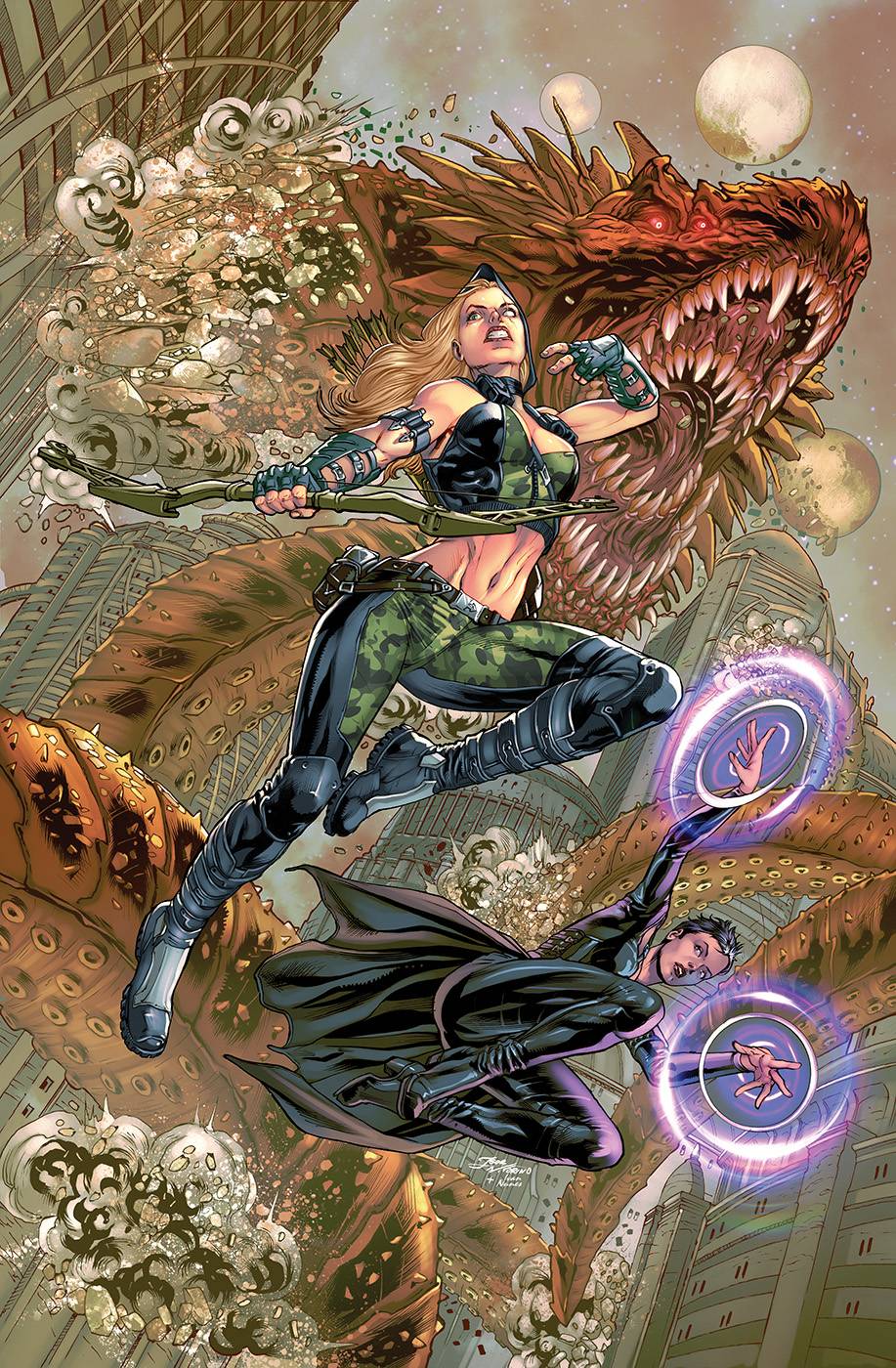 Previously in Robyn Hood: A year ago, Robin and Marian had to make a difficult decision. They had to banish Marian’s wife to save the world. Now Marian has a way to travel across the multiverse to try and save her from the beast that once inhabited her.

Robyn Hood can trap some demons so that Marian can use their energy to teleport across the multiverse. The place they arrive in is monster infested but they were saved by Sam… and her new wife Meela. While it has only been a year on earth, it has been 98 years here. During the time, Sam was able to escape the monster that was trapped inside of her and they became two separate entities. In Marian’s frustration about the situation, she accidentally reveals their location to the God Queen and Sam is taken hostage.

The group launches an offensive and confronts the God Queen. The God Queen threatens to kill Sam if Marian does not use her powers to return them all to Earth. Marian agrees and Sam and Marian open a portal. However, the portal doesn’t lead back to Earth but to a black hole. With the God Queen defeated, Marian and Robyn return home, and Sam stays in this world with her wife.

WHEN YOUR LOVED ONE MOVES ON

This story puts us in a rough spot of grief and responsibility. Marian knows that she must defeat the God Queen but is struggling because of her frustration with her wife. It was only when Sam was taken as a hostage did Marian choose to act. And that is such a challenging thing to capture on the comic page. But I felt Marian’s grief quickly despite not knowing the character terribly well. However, this love story didn’t feel resolved at all because even after they save this part of the multiverse, Marian is still incredibly sad, and the plotline of “reuniting Marian and Sam” is not resolved. Or rather, not resolved comfortably.

This is also a noticeably large book but comes at a hefty price tag. While you are getting a lot of comic, you can buy two other comic books at the price of this one. Which is not necessarily a terrible thing, but it becomes a huge barrier of entry for a new reader. The book is well done artistically and is written well, but hopefully the series still gains traction with the price.

BOTTOM LINE: I ENJOYED THIS ANNUAL

This comic brings to light a lot of things that I really enjoy. The constant struggle between love, honor, and doing what is right is an incredibly engaging. It is a theme that drives people to do crazy things and is riveting in any medium. I am giving this book a 4 out of 5. This is a recommendation from me if you are interested in a new title that is outside of the Big 2. The writing is engaging, the art is dynamic, and the lore is well thought out.

The grief of Marian is relatable and riveting. Seeing her trying to balance coping and doing the right thing makes for good comic book writing.