By Christopher Rondeau on December 29, 2020 0 Comments

Now that Hercules has perished, it is time for Hulk to take his throne. What kind of ruler would Bruce Banner be? Find out in Maestro #5 by Marvel Comics! 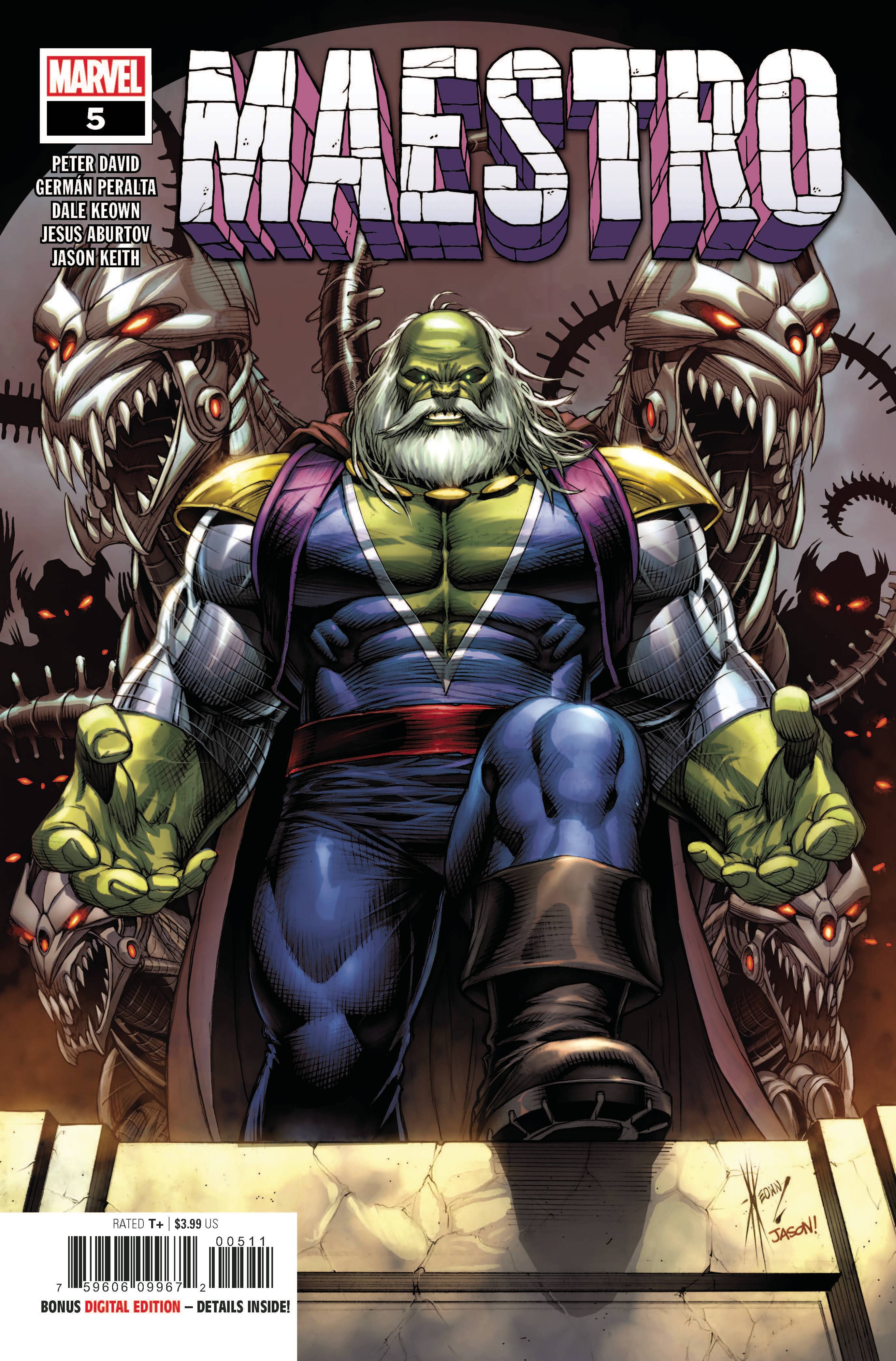 Previously in Maestro: Hulk has been kept in stasis by A.I.M. and the world he has returned too is destroyed by war. Because heroes didn’t intervene in the direct affairs of men, humankind were able to kill each other. Hulk arrives in the city of Dystopia ruled by Hercules and there he finds his friend Rick Jones. However, he still resolves to be a better ruler then Hercules and has overthrown him using deceit and cunning.

Hulk leads a parade/funeral march down the streets of Dystopia for Hercules and declares himself his successor. When people begin to disagree he sends his Dogs of War on them. He is met with two main opponents. Hercules has made a deal with Hades and has returned from the dead and a resistance group who has the weapon made by Forge to take down Banner. Easily wiping out the resistance, Hercules proves to be a bigger threat. Hulk is only able to win with the help of the Minister who used to serve under Hercules.

Hulk sets his eyes on Rick Jones, believing that he is the only one who could have given the resistance the weapon. When he arrives at his hidden base, he finds it empty of. Rick Jones talks to him via video communications and tells Banner that he is becoming like his abusive father and then sets off a bomb on Hulk. Hulk survives and declares himself the tyrant, Maestro.

I quite liked this ending to the story. I have a preference for stories where Banner uses his smarts as opposed to Hulk’s strengths. He has both the brain and the brawn and when he gets the opportunity to showcase both, we see a powerful being. There is a theme here about becoming like your father figures. And it seems like Hulk is going to become an abuser like his own dad. When it comes to abusers, there must be someone or something to be the object of that abuse. I wonder how dark and gritty this series is willing to go to showcase that. Rick Jones being Hulk’s antagonist is also very intriguing. Can Rick Jones bring Banner back to his calmer self? Or will Hulk stay the Tyrant Maestro!

The story did a solid job of showing Hulk’s change from hero to tyrant. With the hook of Rick Jones escaping, we are left into a nice segue for the next miniseries in 2021. I think this is masterfully told and written with a beautiful ending. The only minor gripe I had was the need to bring back an undead Hercules. Unless this becomes a theme in the next story arc, Hulk fighting the resistance could have tied the story up better. 4.5 out of 5 stars from me. I love a good hero turned villain story.

Maestro shows us the descent from hero to villainy and what powerful man can do if they choose to abuse their power.