By Christopher Rondeau on December 29, 2020 0 Comments

Come check out several stories featuring the mighty Conan the Barbarian. See him working as a mercenary, a pirate, and a war leader in King-Size Conan #1 by Marvel Comics! 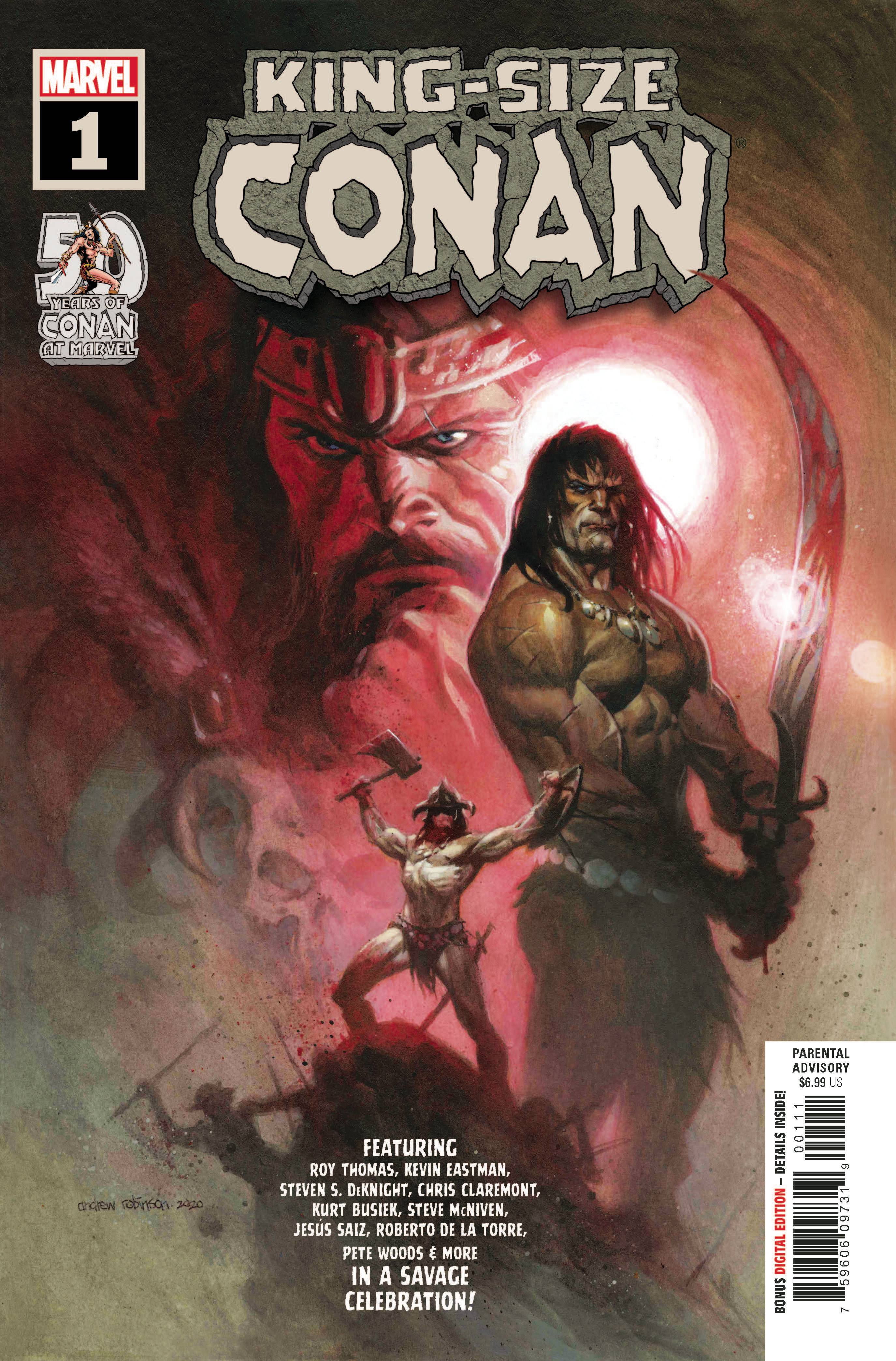 Previously in Conan the Barbarian: Conan celebrates 50 years with this giant-size comic! After its relaunch in 2019, Conan has been a critical part of the Marvel Universe including being teleported to modern day and joining the Savage Avengers. This collection has a plethora of creative talent that shows glimpses into Conan’s life.

THE JOURNEY OF A WARRIOR

Throughout all five issues, we see Conan going through various phases of his life. The first story shows the transition of The Battle of Venarium into what is the first issue of Conan. We see Conan hunting demons “In the City of Thieves” and finding a haunted ship in “Ship of the Damned”. In other stories, he deals with the consequences of battle including the death of a warrior mother and her daughter as well as fighting off a group of bandits. This story shows many facets of Conan’s persona. From him being a fierce warrior to an empathetic warrior featuring five very different art styles.

Conan the Barbarian has had a rich life that has taken him to the far reaches of his world. The stories that they have assembled don’t play a huge part in the overall arc of Conan. What it does is gives us different aspects of Conan’s personality and how he develops as a character. It is interesting to compare Conan when he was in the City of Thieves versus the Conan that was a pirate.

My favorite moment was in “Die by the Sword” where Conan fights a deadly women warrior. After the battle finishes, he notices a young girl who saw her mother cut down and fights Conan. However, being the weaker fighter and with an arrow plunged into her back; she dies. The decision of Conan on trying to save the girls life verses letting her die an honorable death. He sits there in contemplation as she breathes her final breath. Such a subtle moment that worked very well as a short couple of pages.

Now, you don’t need to know much about Conan to appreciate this issue. And from my understanding, this isn’t connected to the current Conan run in a major way. Rather this felt like a strong celebration of Conan as a comic book character. It features unique and diverse art that shows how much the style of comic books have changed. There are also lessons to be learned here primarily dealing with greed, honor, and death. Each story touches on it briefly but shines a light on the things that Conan deals with. 4 out of 5 stars for me. Not all the styles worked for my taste but as a whole, the book is solid.

Conan is shown in different stages of his life through different creative teams. While not all the styles were too my liking, the story is well told and well assembled.