By Christopher Rondeau on December 18, 2020 0 Comments

Conan, Magik, the Black Knight, and Juggernaut are in a battle with an Asgardian Dragon! Will they be able to beat Sadurfang or will they turn into a pile of ash? Find out in Savage Avengers #16 by Marvel! 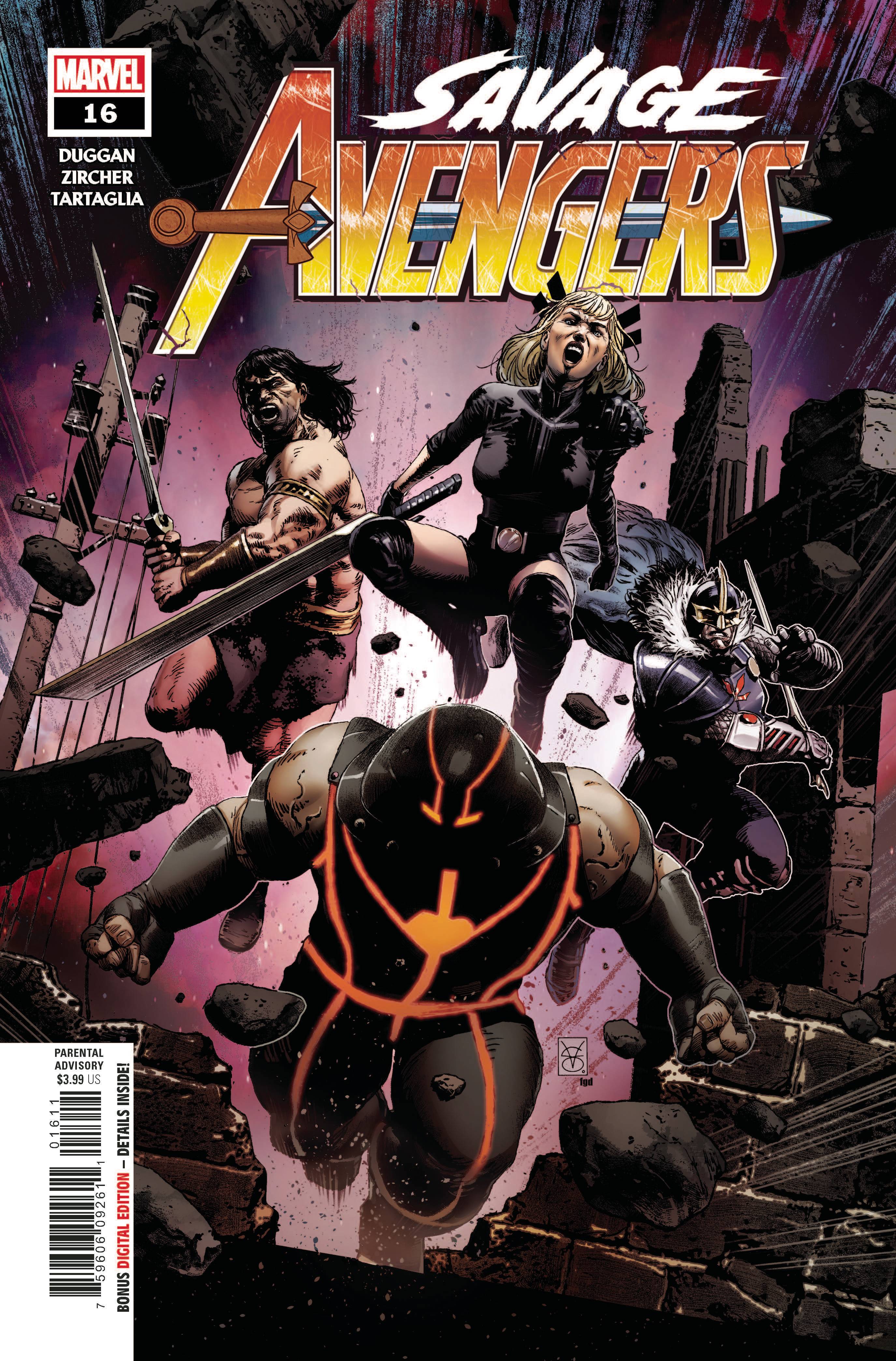 Previously in Savage Avengers: Doctor Strange has brought together a team to fight against Kulan Gath. Right now, he has two units out with specific missions. Conan and his team are after the second Eye of Agamotto in possession by Sadurfang. Now they are in Bruges and have engaged him in battle!

Sadurfang is in a dangerous fight against the Savage Avengers and is preparing to breathe fire on them. Luckily, Magik is able to teleport the flame right back on him! The team continues to wane him down until Magik takes her sword and renders his dragon form useless. Instead of killing Sadurfang, they show mercy and send him to Limbo. They then return back to Doctor Strange with the Eye of Agamotto and celebrate the evening!

I arrived at this comic book at the very end of a journey. I haven’t been following the series, so I don’t have the lead up to this moment. However, I did not feel that the Savage Avengers were ever in any danger. I attribute it to the cast of characters. They have such confidence (to the point of overconfidence) that they never feel like they believed they would lose. Which translates to the audience that they have no threat in front of them. The victory didn’t feel earned. They just simply won and made the decision to spare the dragon.

Artistically, the book is well drawn and colored. The dragon is vivid on the page and watching characters like Juggernaut stand face to face with such a great picture is dynamic. I just wish that I felt more attachment to the story. I couldn’t see a theme clearly resolved nor the hook that leads me into the next series. Sure, Kulan Gath is still a threat but there isn’t a hook that foreshadows the next adventure.

BOTTOM LINE: IT WAS ALRIGHT

The book is incredibly drawn and I think there’s depth here. I just couldn’t find it by reviewing this book out of context. I wanted more emotional impact here. Both from the characters and a reaction in myself. I wanted them to sweat a little more and panic but they just simply succeeded. Even Juggernaut seemed in control of himself, stating he didn’t want to to kill the dragon. 3.0 out of 5 for Savage Avengers #16. But know that I was clearly not the targeted audience for this.