By Christopher Rondeau on December 13, 2020 0 Comments

Cain Marko has found his next target. Will Arnim Zola be able to stop the unstoppable Juggernaut? Find out in Juggernaut #4 by Marvel Comics! 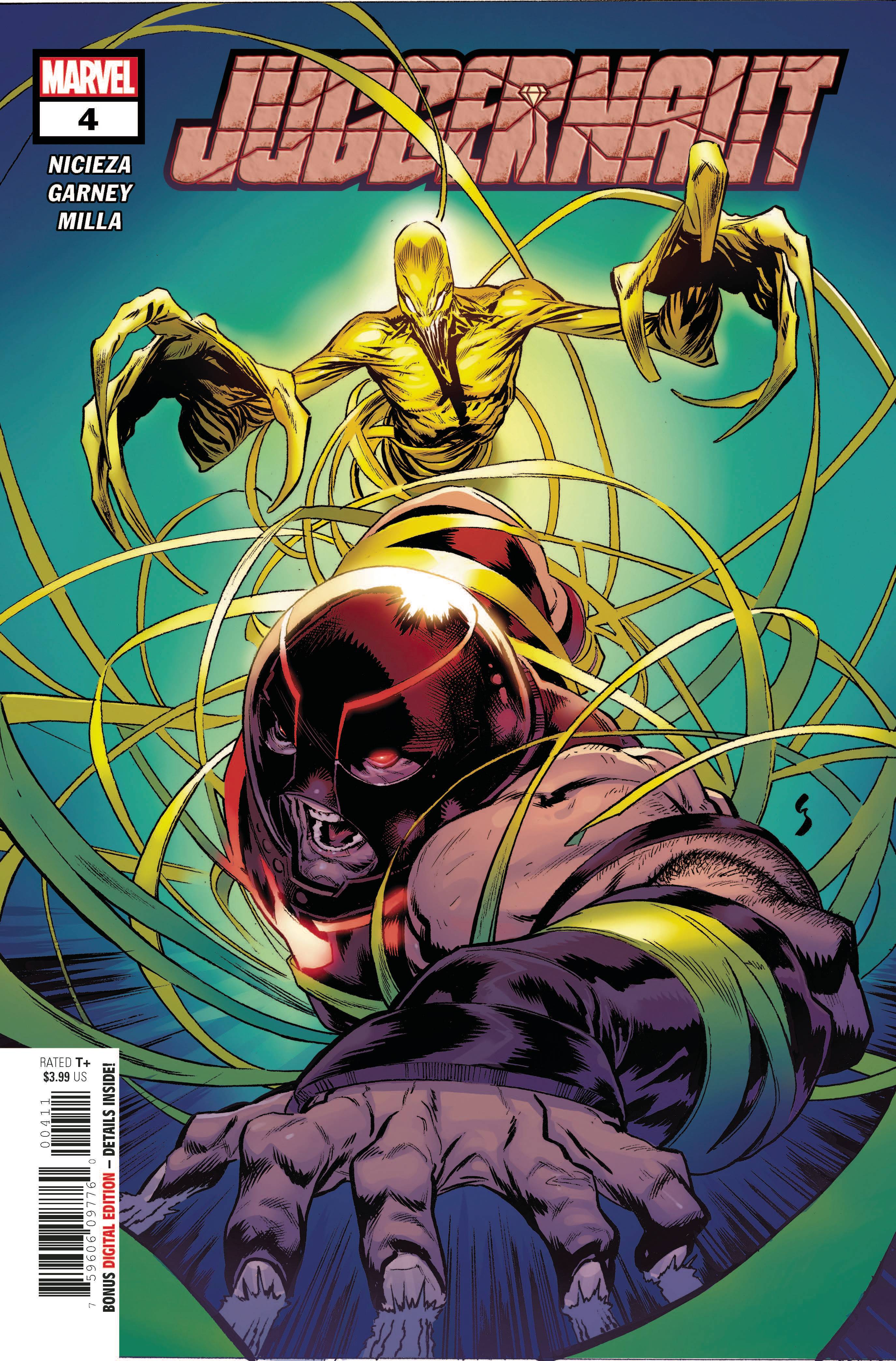 Previously in Juggernaut: Juggernaut has regained his power after the destruction of the Cyttorak Gem. Escaping Limbo, he has had a new outlook on life and has a job working with Damage Control. He has met a teenager called D-Cel who has encouraged Cain to help out where he can. However during their adventures, Quicksand, controlled by Arnim Zola, tried to kidnap D-Cel. Unfortunately for Zola, Juggernaut has something to say about that.

Juggernaut infiltrates a bunker controlled by Arnim Zola but is quickly defeated by Zola’s android called Primus. Zola reveals that she wants D-Cel because she is a mutant even though D-Cel got her powers from an accident. D-Cel follows Juggernaut to save him after his defeat but she is quickly also captured by Primus. This makes Cain Marko angry and he bust free of his confinement to rescue D-Cel. However, the true mastermind behind these attacks doesn’t seem to be Zola but someone else.

Through some flashbacks, we learn how Juggernaut was able to gain the power of Cyttorak again. However instead of being directly controlled by Cyttorak, Marko now works for himself.

Juggernaut has been extremely intriguing since leaving Limbo. He has a new lease on life where he is no longer being influenced. Now that he has more control of himself what does he choose to do? Well he chooses to help a teenager. A giant brute of a man goes out of his way to help a kid! How sweet is that!

I admit that I wasn’t terribly invested in the fight with Primus or Zola. Even when D-Cel joined in, the fight kind of bored me. Rather, I think what saved the story was the dialogue. Seeing D-Cel jumping in to try and save Cain was brave. Watching Cain calm D-Cel down after being captured was surprising and enjoyable. Great work here.

At one time, I was all about the action sequences in comic books. For this comic I was more interested in what was between the action. The mystery of D-Cel’s power set, the conversation between the two of them, and the backstory of Juggernaut becoming a better guy was riveting. This is a 4 out of 5 for me. The depth of themes is surprisingly engaging for such a brutish character.

Juggernaut is proving to be a very empathetic character despite the brutality of his actions.