By Christopher Rondeau on December 10, 2020 0 Comments

The mutant space program is back with Abigail Brand at the lead! With a reactivated S.W.O.R.D. station, what interplanetary threats will be on their radar? Find out in S.W.O.R.D. #1 by Marvel Comics! 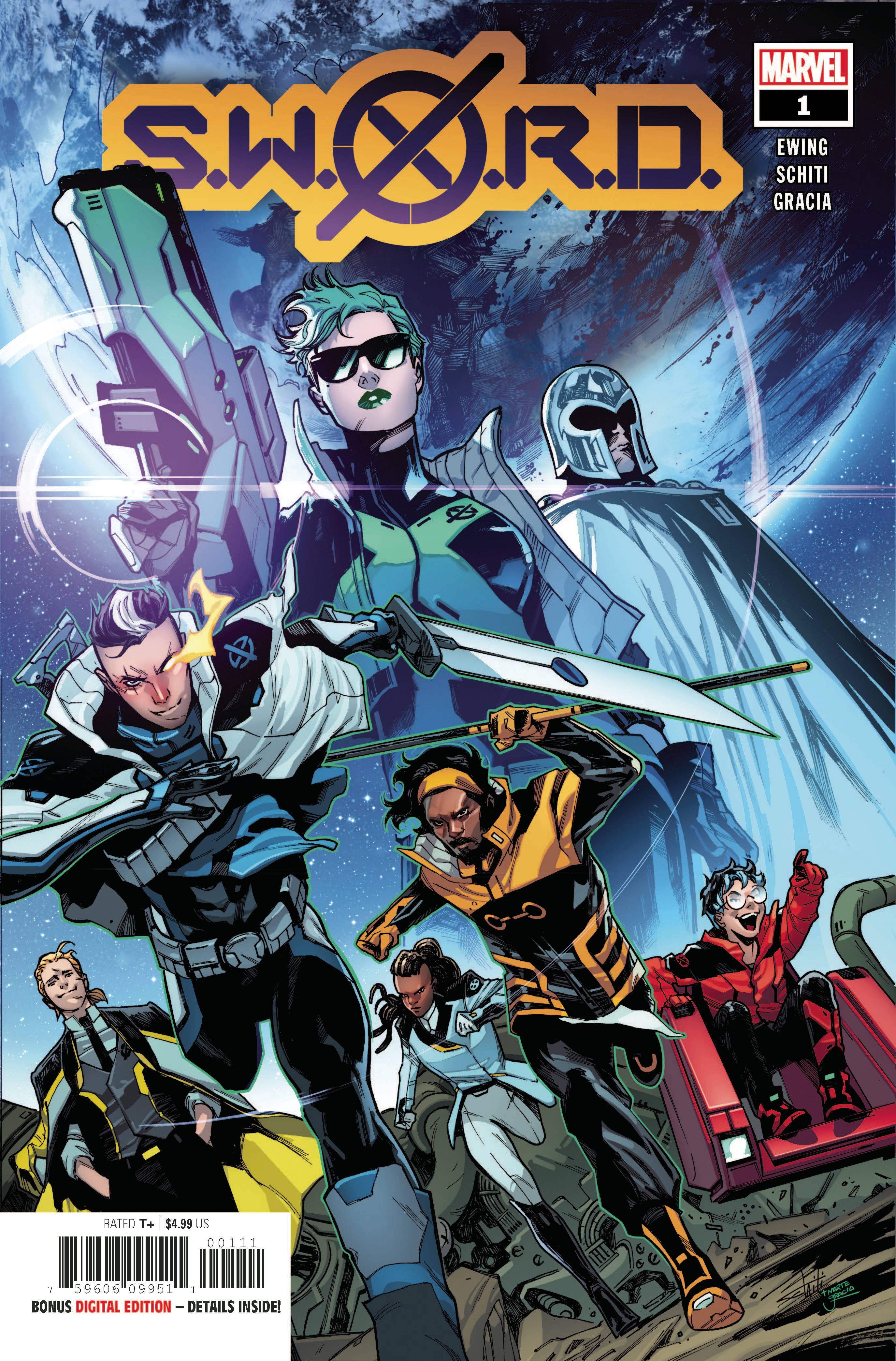 Previously in S.W.O.R.D.: Abigail Brand resigned from Alpha Flight but luckily she found a job with Krakoa! The Summers family repowered the S.W.O.R.D. space station during the tournament in Otherworld and they needed a leader. Now will Abigail as station commander perhaps real work can be done on behalf of Earth and the entire solar system.

A NEW CHAPTER IN KRAKOA

Magneto travels to the S.W.O.R.D. station to see how things are shaping under Abigail’s leadership. He is escorted around the base and views the extensive command center that includes “The Six”. The Six are a group of mutants that can translocate people and objects. Magneto takes careful stock of the personnel to ascertain what their resources are going too. He takes special interest in Wiz-Kid and tries to be a mentor figure while showing distrust of Fabien Cortez. At 1300 hours, they plan to do a test run of their teleporting process and their test run was a success and with this power. With these six mutants using their powers in tandem, they have the ability to change the world.

Man, I got to be honest. There are a lot of characters in this book. The book is a double-issue and I felt like it got bogged down trying to learn all these different subsections and understanding how each character plays a part. The complexity of trying to explain how a space station can teleport was so much information that I didn’t really care. I read the comic three times for my review and I don’t know if I could really explain it beside “it happened.” In fact, it would have been preferable for them to just say it could teleport and then provide a hook for the next arc. Instead, we got what felt like an info dump with no clear direction of where the plot is going.

Perhaps what was more interesting to me was the idea of mutants using their powers together. The book compares it to “the Five” resurrection process. Only through mutants using their powers in tandem can they accomplish great things. I’m not a big fan of the name “the Five” or “the Six” but the implications here are incredible. I also appreciate that there is a very culturally diverse mutant team working together to create these wondrous works. I’m excited to see what other cool things Krakoa can accomplish now that most (all?) mutantkind are working together.

BOTTOM LINE: WHERE IS THE HOOK

I appreciate writers who want to take the time and explain why their science/magic thing works. It just shouldn’t have been done all in one issue. We should have introduced a plot point and then retroactively explained the teleportation stuff somewhere down the line. Otherwise, we are just Magneto basically going “cool” to every person he met. I think the premise is great but this was not a good first issue for me. 3.0 stars for this book. Hopefully it will pick up soon.

S.W.O.R.D. offers great ideas but does not introduce a conflict. Without a conflict we have no reason to continue reading. I'm sure issue #2 will bring more struggle but it did not happen here.