By Christopher Rondeau on December 4, 2020 0 Comments

After Overwatch was forced to disband, Tracer became a part-time small-scale hero. Find out what forces her back into action in Overwatch: Tracer – London Calling #1 by Dark Horse Comics! 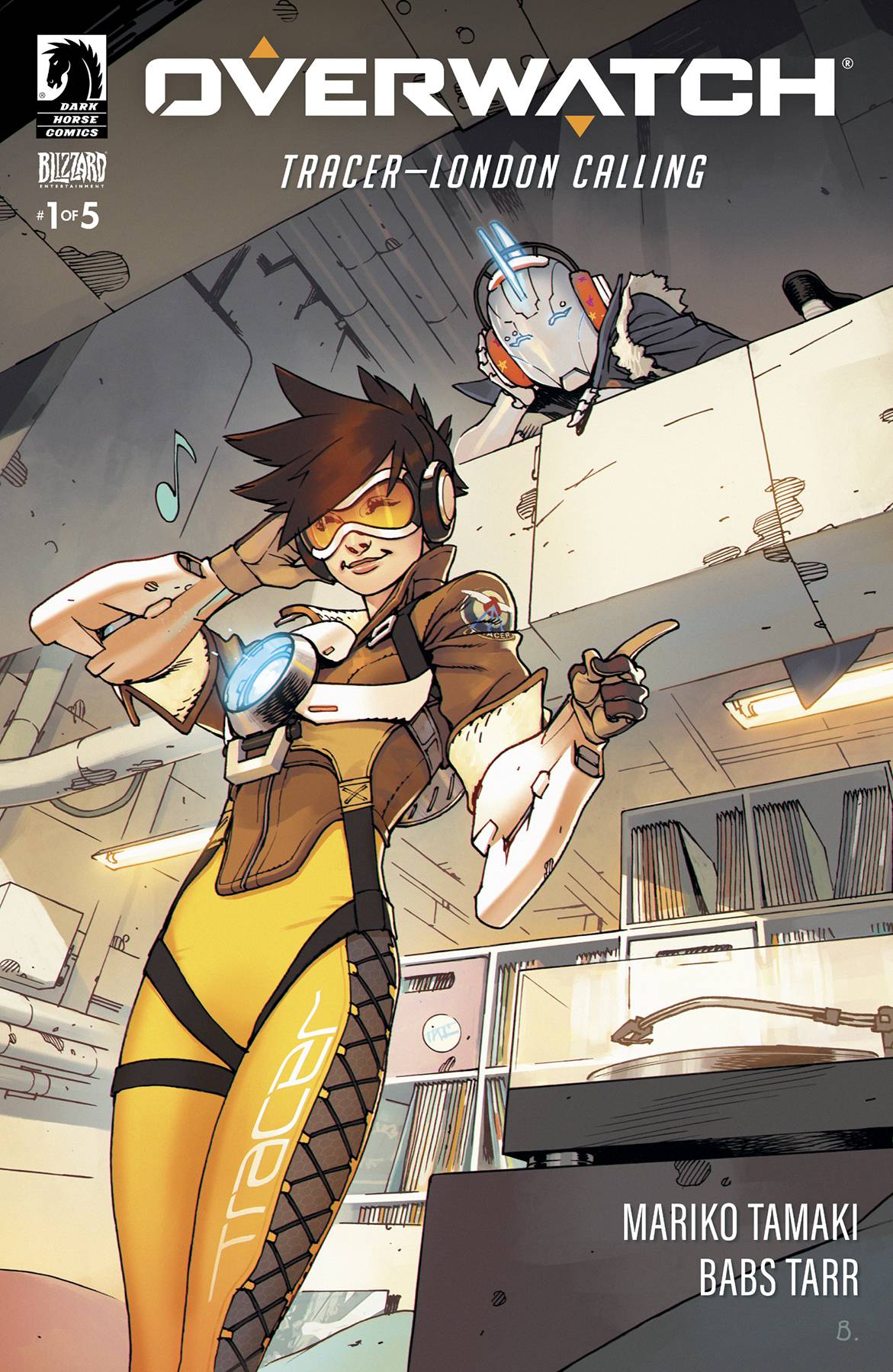 Previously in Overwatch: A new comic book series comes to your stores based on the popular game, Overwatch! Decades after the Omnic Crisis, equality for robots are still needed. Meanwhile, Tracer is in London after Overwatch disbanded and a place where discrimination against Omnics is high.

NO ONE NEEDS THE HELP OF A HUMAN

Lena Oxton, or Tracer, has been trying to find her place in the world after Overwatch. After she is able to stop a couple of petty crimes, she returns home to her girlfriend and realizes she isn’t as happy as she could be. The next day, she sees an Omnic stealing a package and intercepts it. The Omnic, Iggy, convinces Tracer to let it go and leads her to the underground Omnic hideout. The package she stole is an item that will fix the Omnic grid and is necessary for survival. After bonding over music, Lena dashes off to meet Emily but is ambushed by a group of Omnics. Omnics that don’t want the help of a human. Tracer is easily able to disarm them but this battle seems to just be beginning.

This is an interesting time to approach the race issue in comic books. We have a group of sentient robots that are seemingly split into two factions. People who want the help of humans and people who don’t. On top of that, Iggy mentions that no one would sell them the parts they need to survive, forcing them to steal. I think it is easy to desensitize ourselves from the topic because it is a fictional game and they are robots. However, I’m curious about what the lesson is going to be here and that was the driving interest of this story for me.

Other media that makes it way to a comic book medium never really interest me. In video games, you get to play the main storyline but the comics feel more like a side quest. So what is there to learn? Well you learn more about the setting and the character. In this case, learning there was an underground Omnic group sheds a bit of light on the world and then Tracer is still willing to help. It is a simple story but it does its job well.

I saw an Overwatch comic and I hoped that they talked more about the organization Overwatch as opposed to a single character. What we got was a huge emphasis on one of their iconic characters, Tracer. We learn more about her, her personal life, and her good-hearted nature. It is a well written book but I don’t know if it is what I wanted. I’m more interested in the theme of race then I am about the character itself. Perhaps more will be shown in the next issue. 3.5 out of 5 stars for me. Writing a video game in comic form is rather difficult but if you like the game and character, this is going to be a good read for you.

Tracer is forced in the middle of the Omnic underground. The factions that have arisen in this story catch my attention the most and I am curious to see how Tracer navigates through it.