By Christopher Rondeau on December 3, 2020 0 Comments

The Hellions have perished during Mister Sinister’s quest into Arakko. Find out if he can convince the Quiet Council to resurrect his team in Hellions #7 by Marvel Comics! 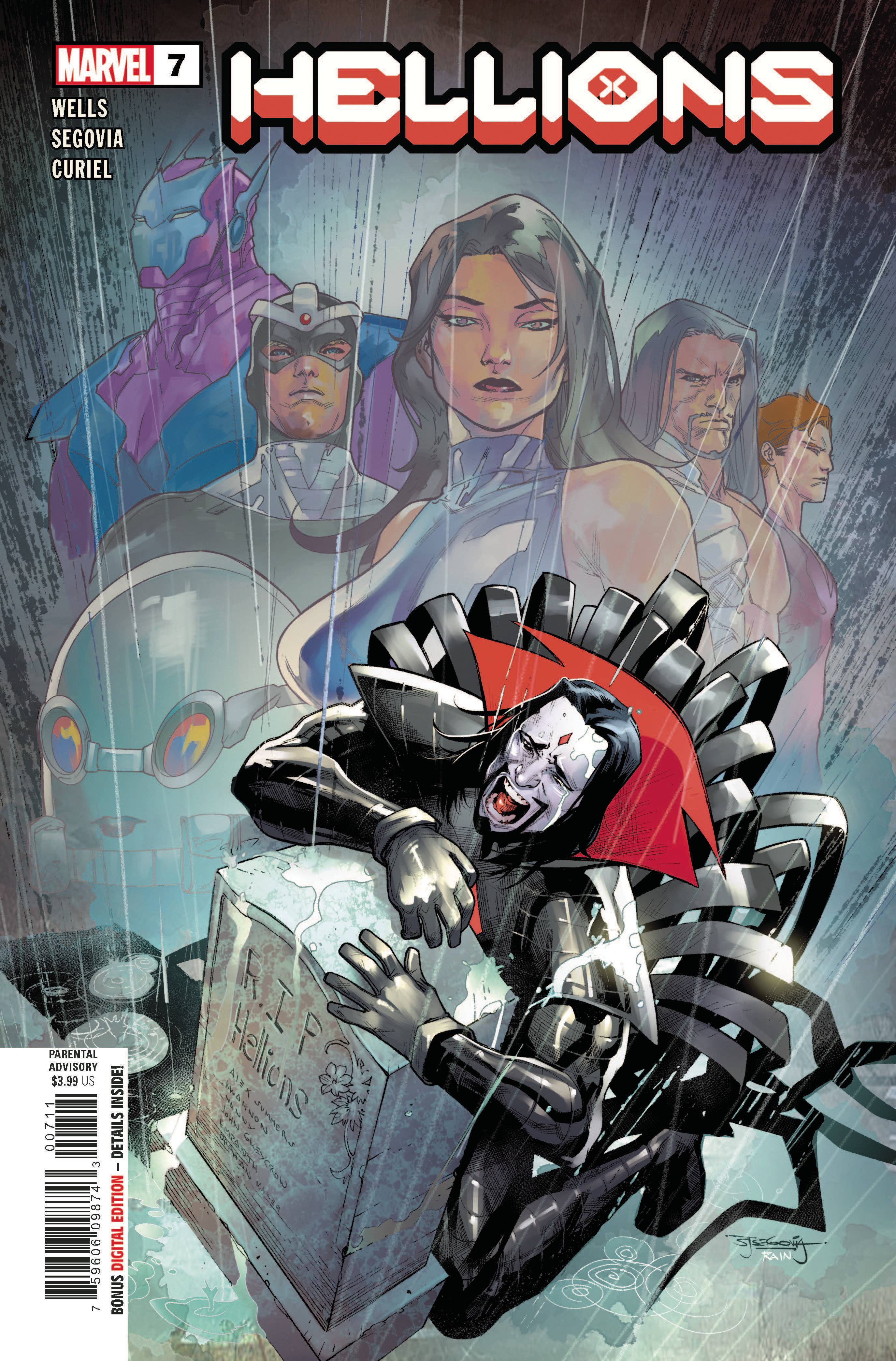 Previously in Hellions: Mister Sinister sent his team into Arakko to steal the swords of the Champions of Arakko. However his true motivation was to obtain mutant DNA and then killed his team to hide his secret. Now that he has returned, Sinister can enact the next step in his plan. Whatever that may be.

BACK TO THE QUIET COUNCIL

Sinister is able to convince the Council to bring back his team but all of his team knows that Sinister is hiding something. Their investigation is only stopped by Psylocke who runs to Sinister’s side to protect him. Additionally, something is weird about Nanny and Wildchild who have had their main personality traits amplified. Nanny is more nanny-like and Wild Child is more… wild. They obtain their next mission, to get a suit of armor for Orphan Maker that suppresses his X-Gene. They must infiltrate Nanny’s ship that is currently in possession from the mysterious “The Right”. Psylocke, as an act of revenge to Sinister for her death, crashes his prized ship right into The Right’s compound. When they disembark their escape pod, they encounter Cameron Hodge leading a group of robots.

I picked this issue to review because of the cliffhanger in X of Swords. It was a little disappointing that we did not explore more about what Mister Sinister’s grand plan was. Instead of that, we had a lot of tension as the team figures out the circumstances about their death. Psylocke proved to be an extremely engaging character as we discover her reason for defending Sinister. She secretly agrees with her party but has to try to keep a front to keep her reason safe. That was the saving grace of this book for me.

Additionally, Mister Sinister as a villain hasn’t been very engaging. It seems to be the butt end of a lot of jokes from his equals and subordinates. It paints a poor picture to the reader that he is not a threat but we all know that he actually is. Cameron Hodge however was only in one panel and already feels like a bigger threat right off the bat. Interesting choice by the creative team.

BOTTOM LINE: THIS SERIES IS NOT FOR ME

I admit that I don’t normally follow the Hellions title. Their role was so engaging in X of Swords that I decided to give the series a second chance. Unfortunately, they did not live up to my expectations. There are a lot of good ideas here but there seems to be a lot of characters and a lot of ideas that spiral out of control. So we only get mere glimpses of what the characters are going through rather than giving the space they need to grow. This is a 3 out of 5 for me. Love the X-Men but this isn’t written with me in mind.