By Christopher Rondeau on December 3, 2020 0 Comments

The Glass Family is falling apart and each person has a different idea to solve their problems. Will they be able to recover from the truth of Rana and Griffon’s heritage or will they fall apart in Dryad #7 by Oni-Lion Forge Publishing! 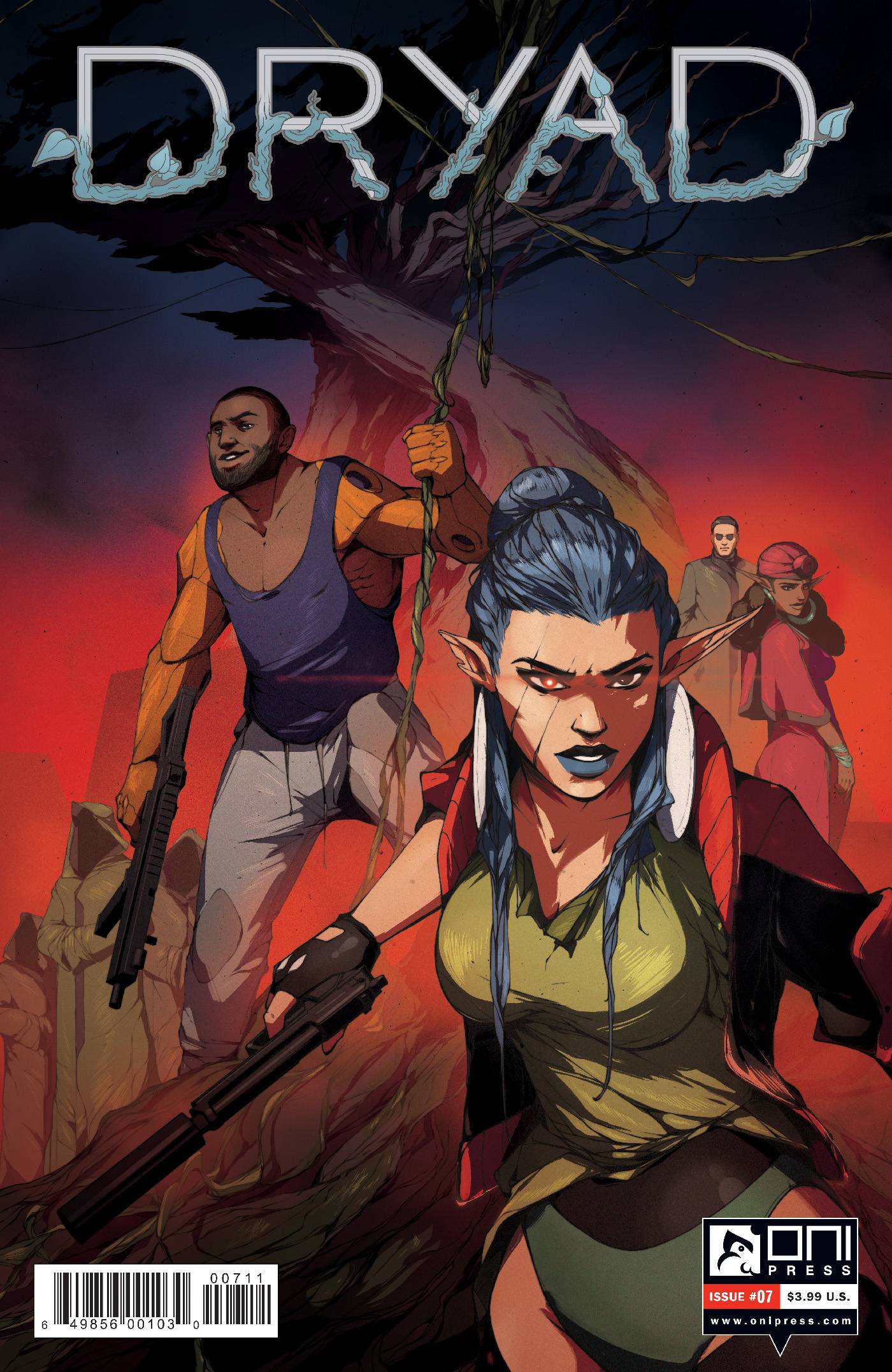 Previously in Dryad: Rana and Griffon have learned that their parents are not biologically related. In fact, Yale and Morgan found them in a laboratory being experimented on. Now that the Twins are forced back into the city they are beginning to show natural innate magical abilities. Now the Glass Family has a moment to breath and plan how they are going to get the information they desperately need.

The issue begins with a flashback as Yale and Morgan give more details about how they found the twins. This includes the death of two of their teammates who sacrificed themselves so they could escape. Rana runs off angry because of the situation and the guilt of someone dying for them. Griffon follows and the twins meet other kids their age who take them out to see the town. Morgan takes Creston and Val to hit data sites of Muse. However, Creston pulls a gun on Val and says she is untrustworthy. His gut is correct and admits she has been paid off. Meanwhile, Yale walks to the city and meets up with his brother.

THE BREAKING OF FAMILY

This middle issue really puts an emphasis on all the stuff that is going wrong. The family unit begins to break as they find new people to trust. This comic was slow and I feel that we spent so much time emphasizing what was wrong that there is very little silver lining. What I wanted was something to hope for. Something that would break up how bleak this situation looks. I think the creative team was trying to make Rana and Griffon meeting new friends would give that sense of “hope”. But for me, it wasn’t enough.

The theme of family still holds strong though and I am still rooting for our heroes to have a good and happy life. However, with the issue opening up with sacrifice I have a hunch we won’t get a happy ending.

This issue has some really important story beats but suffers from publication schedule. When you only get a small amount of pages and a once a month release you need to give me more to latch onto. I love this series and I really enjoy the ideas that are presented. However, I imagine this dip in pacing is going to turn a lot of people from the series as a whole. Perhaps in a trade paperback, this would fit a lot better. 3.5 out of 5 stars for me. Great art and visuals and ultimately good writing. Just didn’t work as a standalone in my opinion.

The story as a whole is very strong but their was a dip of momentum in this issue.