By Christopher Rondeau on December 1, 2020 0 Comments

Hulk has created the Dogs of War and unleashed them on the town of Dystopia. Is this the discerning factor that turns him into the tyrant Maestro? Find out in Maestro #4 by Marvel Comics! 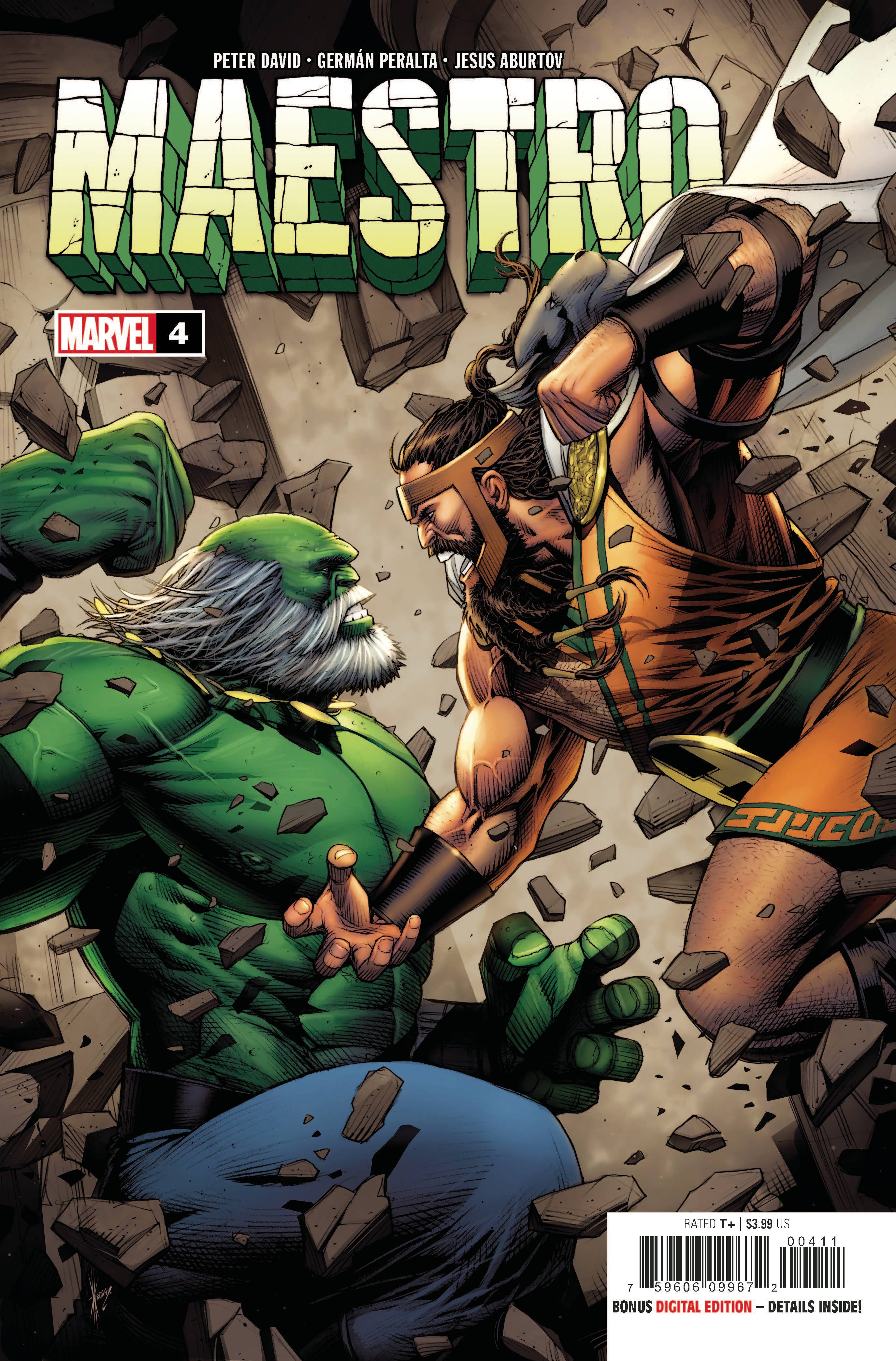 Previously in Maestro: Hulk woke up in a world where humanity is dead, one that is devastated by war. There is one functioning city left. A place called Dystopia ruled by Hercules taking on the new name “the Maestro”. After Hulk meets an older Rick Jones, he has decided that he would be a better ruler than Hercules and thus have created the Dogs of War.

Hulk’s attempt to gain followers failed and Hercules arrives on the scene to fight. The Dogs of War are no match for Hercules’ strength and Hulk engages him in a one on one fight. Unfortunately, Hulk loses and surrenders. However, Hulk isn’t here to quit and the Banner brain comes up with a horrid scheme. Sometime later, he returns to Hercules’ palace with Ann Darnell. Ann succeeds in seducing Hercules and turns into her alter-ego Vapor and kills him. As Hercules dies, Hulk arrives and freezes Vapor and shatters her to pieces. Hulk got his revenge.

Hercules makes an interesting point that a mindless Hulk was unbeatable but a Hulk with intelligence is weak. Well, that line haunts Hercules when Hulk comes up with this devious plan for revenge. This is a good plot line but I hate that they tried to justify it through a background monologue with Rick Flag. Rick attempts to explain that Banner was abused as a kid and that Banner will eventually become like his father. This explanation took away from the character development for me. I believed the turn of events without any need for Rick’s explanation. It didn’t have to be daddy issues, it could just be Hulk frustrated with this status quo. And Hulk’s frustration was shown throughout this entire series. Seems like it just took away from the main point overall.

I generally don’t like fights between two strong people. Watching superheroes punch each other isn’t the most interesting action in comics. However, I like Hulk’s story progression and how he slowly becomes more of a schemer. While I don’t believe the way they justified the change was needed; the story was still strong. This is a 3.5 out of 5 stars for me. Good narrative overall.

Hulk has created the Dogs of War to destroy Dystopia! Will he be able to make it defeat Hercules?