By Christopher Rondeau on November 24, 2020 0 Comments

Juggernaut is being sued! After trying to change his ways for the side of good, will the justice system be able to tear him down? Find out in Juggernaut #3 by Marvel Comics! 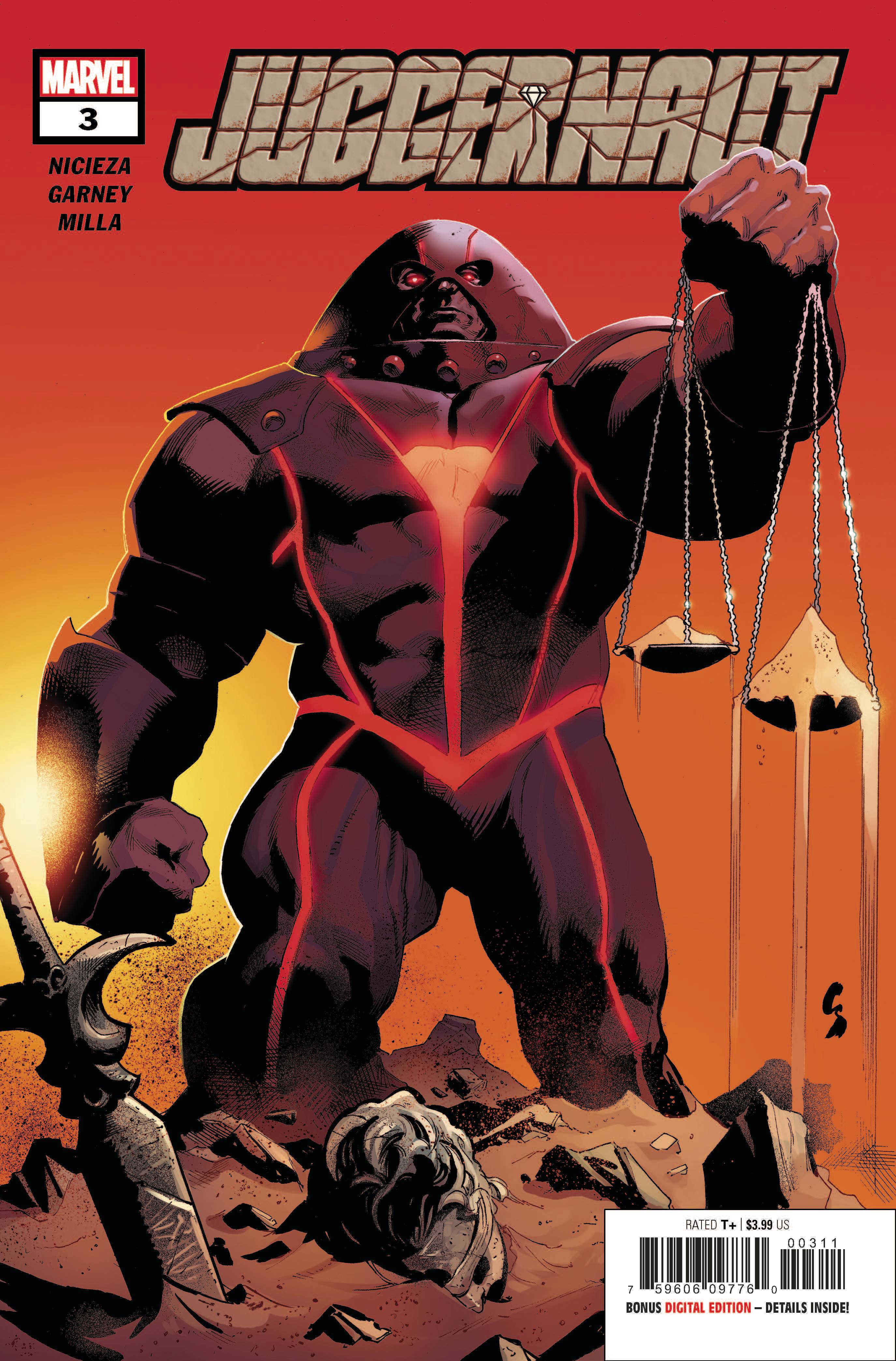 Previously in Juggernaut: Juggernaut has been working in demolitions for Damage Control. On the job, he encounters a young teenager known as D’cel who can control kinetic energy and slow things to a halt. D’cel was trying to stop Juggernaut from destroying a building that homeless kids were using to sleep in and was almost killed. Now Cain is in court for putting a construction company out of business.

Cain Marko sits in a Manhattan courtroom watching two lawyers present their cases while D’cel secretly livestreams the whole thing. The court is suddenly adjourned when they are under attack by Quicksand! Juggernaut and D’cel are able to defeat Quicksand while Damage Control realizes that she is being mind controlled. They are able to track the mind control to Arnin Zola who is running a for-profit prison!

Through flashbacks, we can see how a powerless Cain Marko regained his powers. He travelled to the forge of Cyttorak in North Korea and gained the Crimson Bands of Cyttorak and.

RESOLVED TO NOT BE WEAK

In this particular issue, I was interested in the flashback rather than the present day events. Usually, flashbacks act as information dumps to explain the present day. In this case, I think it presented a new theme that I hadn’t seen before. A theme of helplessness. Cain Marko thought he needed this strength and opted to travel far and wide to obtain his power back. This is contrasted by Cain being put in a situation where he doesn’t need strength. A courtroom should acquire more tact and wit than what he normally represents.

This Juggernaut mini-series is transforming Cain Marko from what he was to what he will be. It is a fascinating thing to observe though I am undecided if I want him to be a hero or return to a villain. Everyone loves a good redemption arc though.

The story almost has a villain of the week feel. First issue was D’cel, second issue was Hulk, and now Quicksand. It gets rid of the villain problem where the villain is more interesting then the hero. Rather these fights shine an interesting light on Cain and his new companion D’cel. Well written and well drawn. 4.5 out of 5 for me. Let’s see him fight a super genius next issue.

Juggernaut is facing another enemy. Will he be able to survive the Manhattan Justice System?