By Christopher Rondeau on November 23, 2020 0 Comments

The Contest of Swords is well on the way and Krakoa is losing! Will Cable be able to turn the tide and defeat Arakko? Find out in X of Swords: Cable #6 by Marvel Comics! 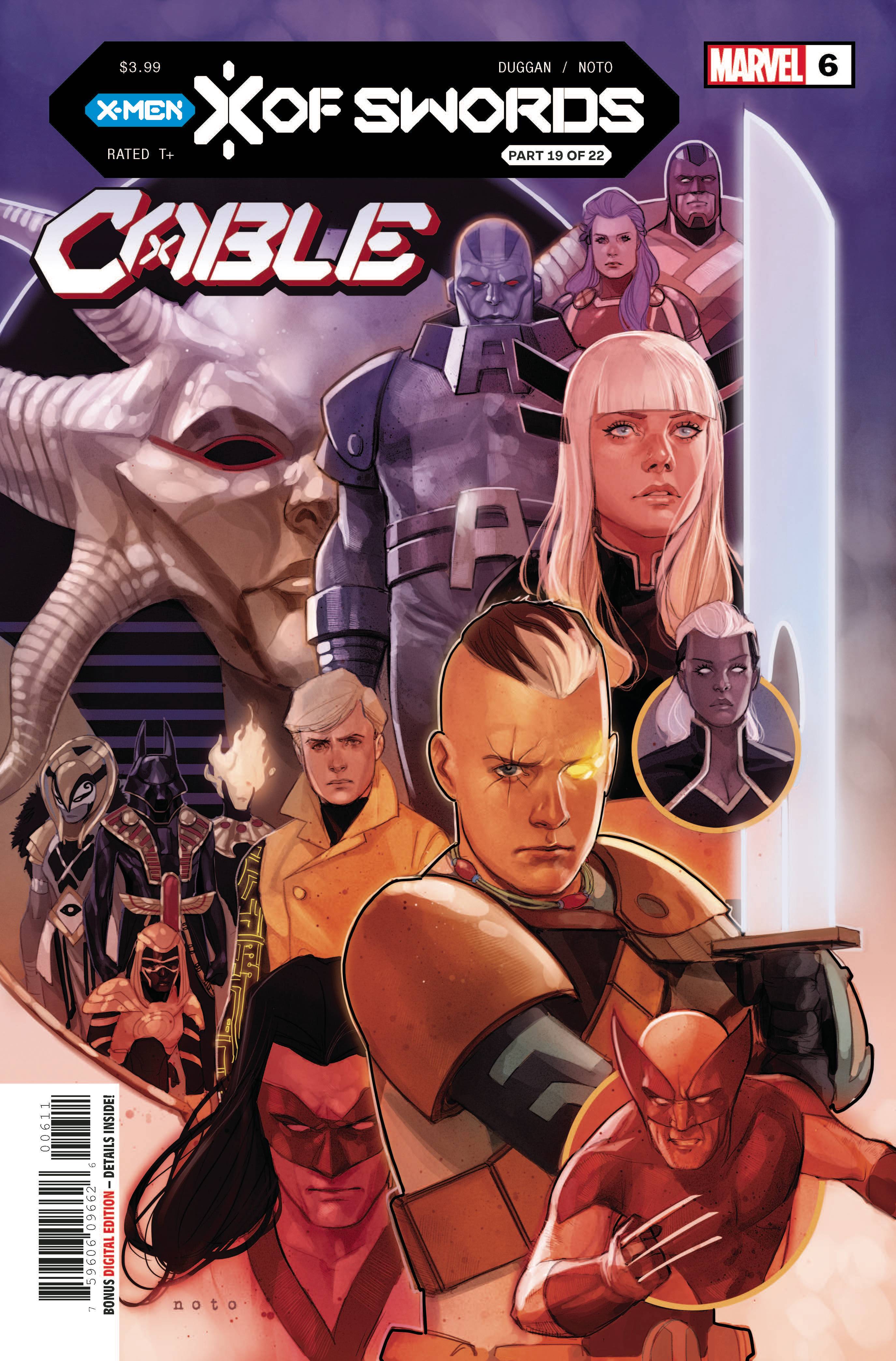 Previously in X of Swords: After the Hellions failed mission, the Contest of Swords must continue. After many challenges that seem to stack itself against Krakoa, it doesn’t seem like the X-Men have any chance to win. With the fate of the world on the shoulders of the Champions of Krakoa, hope is quickly fading.

The story starts with Mister Sinister talking to the quiet council and encouraging them to abandon the tournament. However, Krakoa refuses to abandon the gate that could connect it back to Arakko. Meanwhile, the challenges have returned back to fights to the death. Cable fights Bei the Blood Moon and is the better fighter. However, Cable hesitates because he doesn’t want to kill Cypher’s wife. Saturnyne opts that Cable’s spirit is broken and that Bei wins the round.

Cable tries to contact his parents and laments about the futility of the future. However, his connection is severed by Saturnyne while Gorgon and The White Sword prepare to fight. The White Sword sends his men to attack Gorgon first. However, every person Gorgon kills counts as a point to Krakoa. The Champions of Arakko realizes this and the White Sword finishes the fight quickly. The score is now tied at nineteen to nineteen and the next fight is between Genesis and Apocalypse.

RETURN TO THE THEME

The last few issues sent us away from the theme of family and this issue finally returned to it. Watching Cable try to connect to his parents was touching and sweet. With the return to the theme, it is easier to connect to the main characters. Cable hasn’t played much of a role in the story but he is going to be the driving force behind Cyclops and Jean Grey trying to interfere. Hopefully this leads us to an emotional conclusion that could end in a bigger battle than what was originally expected.

BOTTOM LINE: THE END IS NIGH

The event is quickly coming to an end and I don’t know what the result is going to be. Perhaps it was a cop out to have Krakoa get so many points this issue but regardless the tension is returning. The helplessness of the Contest has ended and now it is coming down to the wire. This is a 4 out of 5 for me. I am glad we are returning to the theme and I await the epic conclusion!

Krakoa is losing badly but perhaps Cable can turn the Contest of Swords around!