By Christopher Rondeau on November 22, 2020 0 Comments

The Hellions are sent to provide an upper hand to the Champions of Krakoa.. However, the contest is well on their way and where are the Hellions? Find out in Hellions #6 by Marvel Comics! 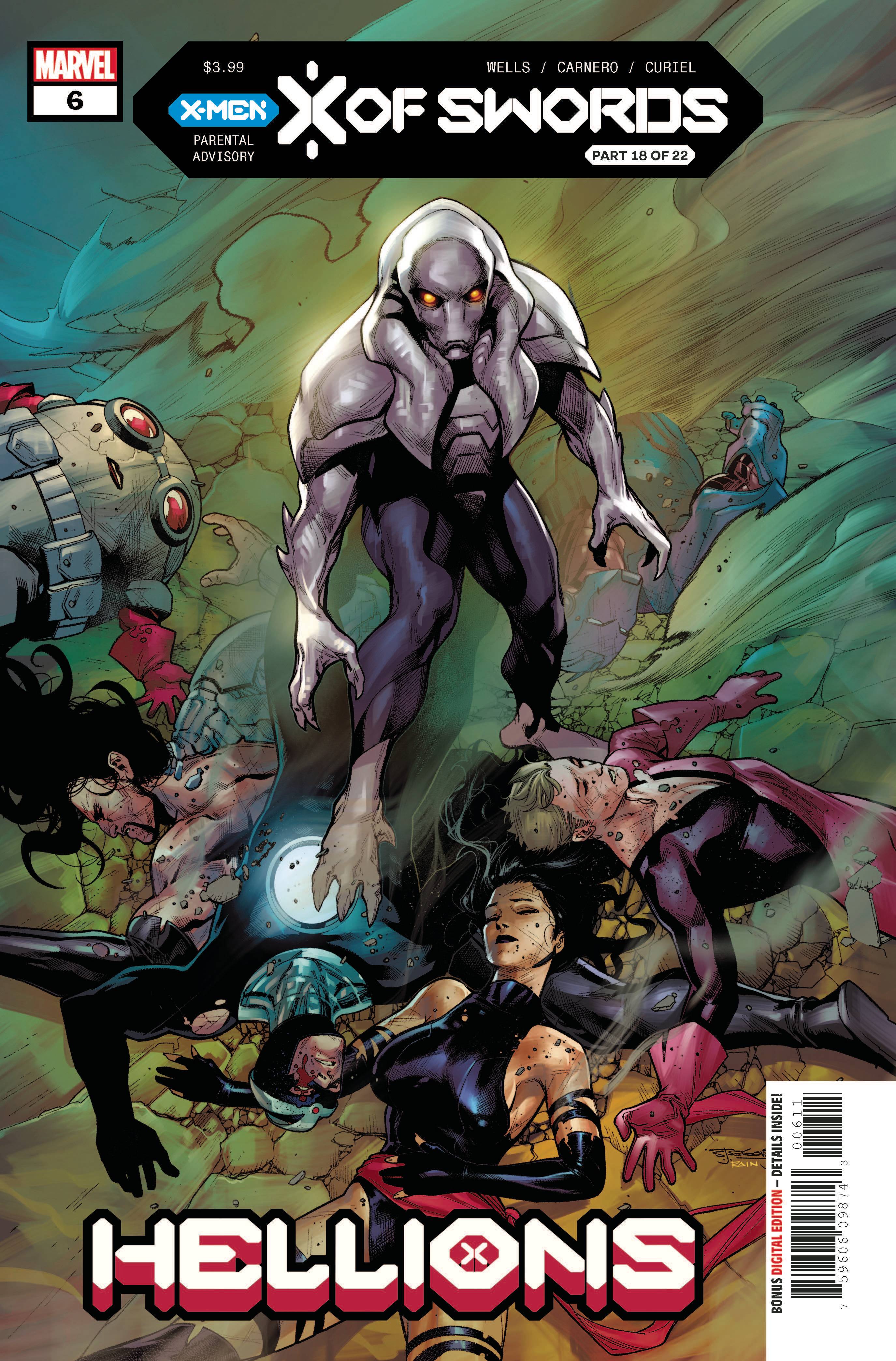 Previously in X of Swords: Mister Sinister came up with a daring plan. Steal the swords of Arakko and force them to forfeit the tournament. However, the tournament is well on their way with the tournament favoring Arakko. But where are the Hellions?

Mister Sinister led his Hellions to the world of Arakko where they encountered Tarn the Uncaring and the Vile Locus. After a brief conversation, Turn reads Sinister’s mind and reveals that his true goal was to get Arakko mutant DNA. Sinister launches his Genetic Collection Drones to collect genetic material from the mutants. This enraged Tarn and his Vile Locus and they systematically destroyed the Hellions with only a few of them able to survive. As Psylocke, Greycrow, Havok, and Empath return to Krakoa; another Sinister appears and kills them. Taking away the genetic material samples from their body.

THE BEGINNING OF THE FALL

Eventually, one of the villains on Krakoa was going to have to break the peace of the new mutant nation. I’m just surprised that the plot line is in the middle of this event. I speculated who was going to break the peace and looking at the Hellions title I should have seen the signs. The side characters here never really flourished and it is convenient that the only people to return back to Krakoa were the main characters. Because of the resurrection rules, the only people who can come back are the ones who died on Earth. RiP Wild Child , Orphan-Maker, and Nanny. May your deaths provide good comic books in the future.

BOTTOM LINE: NOT RELEVANT TO THE EVENT… YET

I don’t regularly read Hellions so I don’t have any emotional impact for many of these characters. Only Wild Child was kind of given a moment here. Rather, this issue felt like exposition to the Hellions title rather than a middle issue in a giant event. And that kind of frustrated me but perhaps there is going to be a tie in that I am unaware of. 3.5 out of 5 for me. I’m giving it the benefit of the doubt because I am not emotionally connected to any of the characters. Perhaps if I invested more into the title, it would mean more. But I just wanted to read more about the tournament.

The Hellions are off to try and disrupt the tournament!